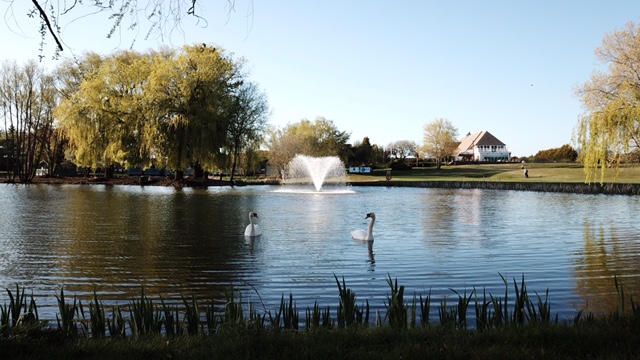 The eighth event of the 2022 PGA EuroPro Tour season will be taking place at The Vale Golf & Country Club for the GLAL.UK Worcestershire Masters from July 20-22.

The tour will be returning to The Vale for the second successive year, following a fabulous 2021 event that was expertly hosted by the club.

The Vale Golf & Country Club is set in 300 acres of breath-taking countryside, where the environment encapsulating the deviating course is a real standout.

Spectacular vistas of both the Melvern and Bredon Hills can be enjoyed from sections of the layout, whilst the mature woodland setting supplements the extraordinary views.

Members of the tour will be playing the International course, which has received widespread acclaim from professionals and amateurs alike.

Bob Sandow is the man responsible for the riveting design, and his remarkable story adds to the uniqueness that is found at The Vale.

Formerly a Royal Air Force pilot who fought in the Battle of Britain, once he finished his military service he moved into the realms of professional golf.

Realising his true potential with a club in his hand, he featured on both the American and Canadian professional tours – whilst also representing Canada in international competition.

His experience working with renowned architect Robert Trent Jones proved invaluable, as he returned to the UK to design a plethora of courses in the 1980s and subsequent 90s.

The International is a long and demanding course, measuring 7,416 yards from the tips.

Originally constructed as two separate 9-hole loops, the course’s par is 72 with 38 comprising the front nine and 36 making up the back.

Due to the intricate design, there are several notable holes that players will be looking to take advantage of.

Participants will be asked a stern question of their game early on, as the 179-yard par-3 3rd holds the potential of a damaging start.

As members approach the turn, they’ll be faced with consecutive par-5s on 8 and 9 – with the latter being ranked as SI2.

The 560-yard par-5 16th is played to a peninsula green and thus, accuracy will be overwhelmingly important.

Finally, the closing hole doglegs to the left, where the players will be asked one final question of their precision as they approach a green with water lining the left side of the putting surface. Marco Bille, Managing Director of The Vale Golf & Country Club, noted: “Myself and the team at The Vale are very excited about again hosting the GLAL.UK Worcestershire Masters at The Vale in 2022.

“Last year was the first major televised event we have hosted at the club and we were delighted with the positive feedback.

“This winter we made several changes to the course which we are confident will be welcomed by the players as we continue to strive to make The Vale into a premier golfing and leisure venue in the UK.”

Daniel Godding, CEO of the PGA EuroPro Tour, is thrilled to be returning to The Vale this season.

“We were desperate to include this outstanding golf club in the rota for quite some time, so you can imagine our delight at being able to return.

“The International course is one tough test and I know the players are excited to be given yet another chance of championing this fine layout.”

The PGA EuroPro Tour debuted at The Vale last season and the tournament was a massive success, which encouraged a swift return.

Joe Dean triumphed in a good scoring event last year, finishing on 15-under and winning by a margin of three strokes.

There was a four-way tie for T2, with Dermot McElroy, Tom Sloman, Ben Hutchinson and Sam Locke concluding their week at 12-under.

Every member of the top 5 enjoyed excellent final rounds, with McElroy carding eight-under as he surged up the leaderboard.

Dean finished 8th in the Order of Merit last season, whilst Sloman was awarded Rookie of the Year after a phenomenal introduction to the tour.

GLAL.UK are a Worcestershire-based company, specialising in lavishly furnishing homes across many styles.

Whether you want your home to be warm and inviting or edgy and unique, this forward-thinking company can accommodate any vision.

From centrepieces to bespoke soft furnishings, they boast a multitude of luxury interior products in their industry-leading showroom to suit your homeware tastes.

Following the extraordinary work completed by the club throughout the off-season, The Vale has been seriously elevated across the last six months.

The PGA EuroPro Tour is thrilled to be returning to this immense venue and seeing how all the changes will affect the strategy from players.