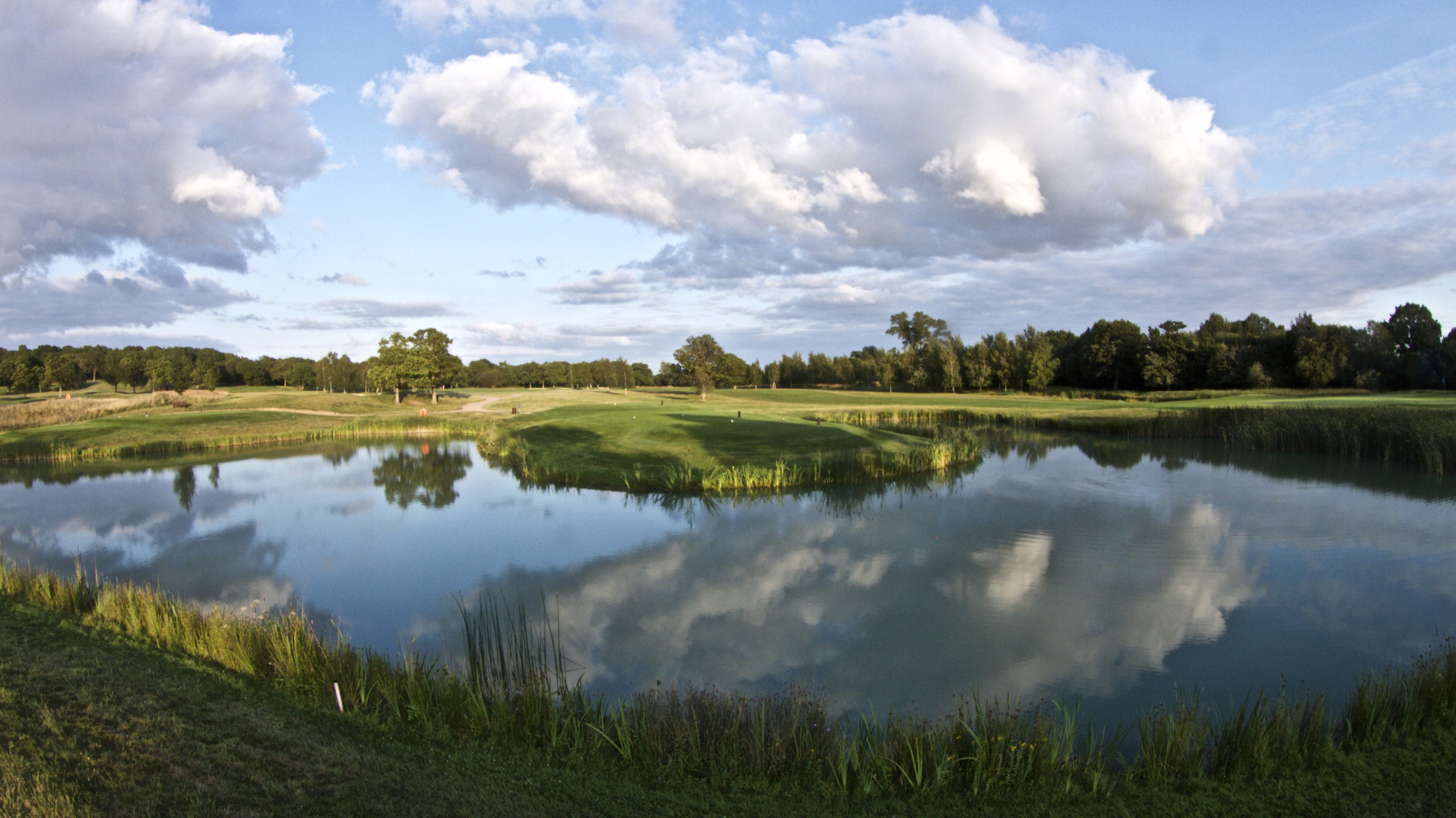 Studley Wood Golf Club will be the location for the fourth tournament of the upcoming campaign, as the Oxfordshire-based venue will host the IFX Payments Championship from June 15-17.

The PGA EuroPro Tour and Studley Wood have developed a strong relationship across the last few seasons, and it’s great to be returning to such a fantastic facility.

Set amongst 44 acres of ancient woodland and boasting a parkland setting, Studley Wood has challenged members of the tour for multiple years.

Simon Gidman is the man responsible for the flawless design, and it is one of the more modern venues we’ll be visiting this year, having only opened for play in 1995.

The two nine-hole loops at Studley Wood play to opposite directions around the woodland – which is the centrepiece of the golf course.

With 14 lakes silently awaiting any errant shots or decisions, it is fundamentally vital that the eventual champion is reliant on accuracy as they plot their way around.

The layout has been meticulously designed and measures 6,746 yards for EuroPro Tour members, which won’t be the longest course they’ll encounter this season.

Considering the par-4 3rd is regarded as the most difficult on the front, the golfers will be asked tough questions about their game immediately.

Despite only ranging 351 yards, there is a dogleg towards the left that must be negotiated expertly if they are looking to find the green in regulation.

The back nine is 300 yards longer than the opening half, although the inclusion of three par-5s would explain why that is.

Interestingly, the final two holes are back-to-back par-5s, which should yield plenty of scoring opportunities late into the final round.

The wonderful thing about Studley Wood is its versatility, with several holes deserving of signature status.

Featuring three relatively short par-3s throughout the round, any of the shorter holes would qualify as the signature.

However, the final hole is typically favoured as the best, and its 499-yard measurement can result in the most dramatic of finishes.

For many players, this green can be reached in two, opening up the prospect of securing eagle during the final hole of their rounds.

The players must split the fairway from the elevated tee, with water protecting the landing zone at either side.

Find the fairway however, and subsequent scoring opportunities should present themselves. Daniel Godding, CEO of the PGA EuroPro Tour, noted: “Studley Wood has become a firm favourite with our golfers, and it’s so easy to see why when you consider the quality of the golf course.

“Finishing with consecutive par-5s allows the chasing pack one final hunt down the stretch, and the leader won’t be able to relax until the final putt is sunk.”

Mitch Waite (-21) secured his second title of the season here last year, as he was crowned the Studley Wood Anniversary Championship winner.

Waite led alongside EuroPro Tour Rookie of The Year Tom Sloman after two rounds, although the latter could only produce an even-par final outing to finish on -16 and T4.

Jack Doherty concluded in confident fashion, carding seven-under for the day to record a runner-up finish and three strokes back from Waite.

The eventual winner showcased his elite mentality, as he recovered from a double-bogey on the par-4 3rd to post five birdies and an eagle on his way home.

Callum Farr shot a final round of five-under to sneak into the top 10, whilst Stephen Shephard, winner of the Wright-Morgan Championship, also shared Farr’s position of T10 after a final outing of -4.

IFX Payments are the sponsor for the event held at Studley Wood, and the company offer a range of banking processes that can seamlessly aid any business venture.

They are an Authorised Electronic Money Institution regulated by the Financial Conduct Authority in the United Kingdom, which means a high level of quality is confidently assured.

For those hoping to attend The IFX Payments Championship, spectator entry is free for the duration of the tournament and highlights will be broadcasted on Sky Sports Golf.

The PGA EuroPro Tour is delighted to be returning to Studley Wood Golf Club for yet another year, and we look forward to seeing who will champion its tremendous layout.