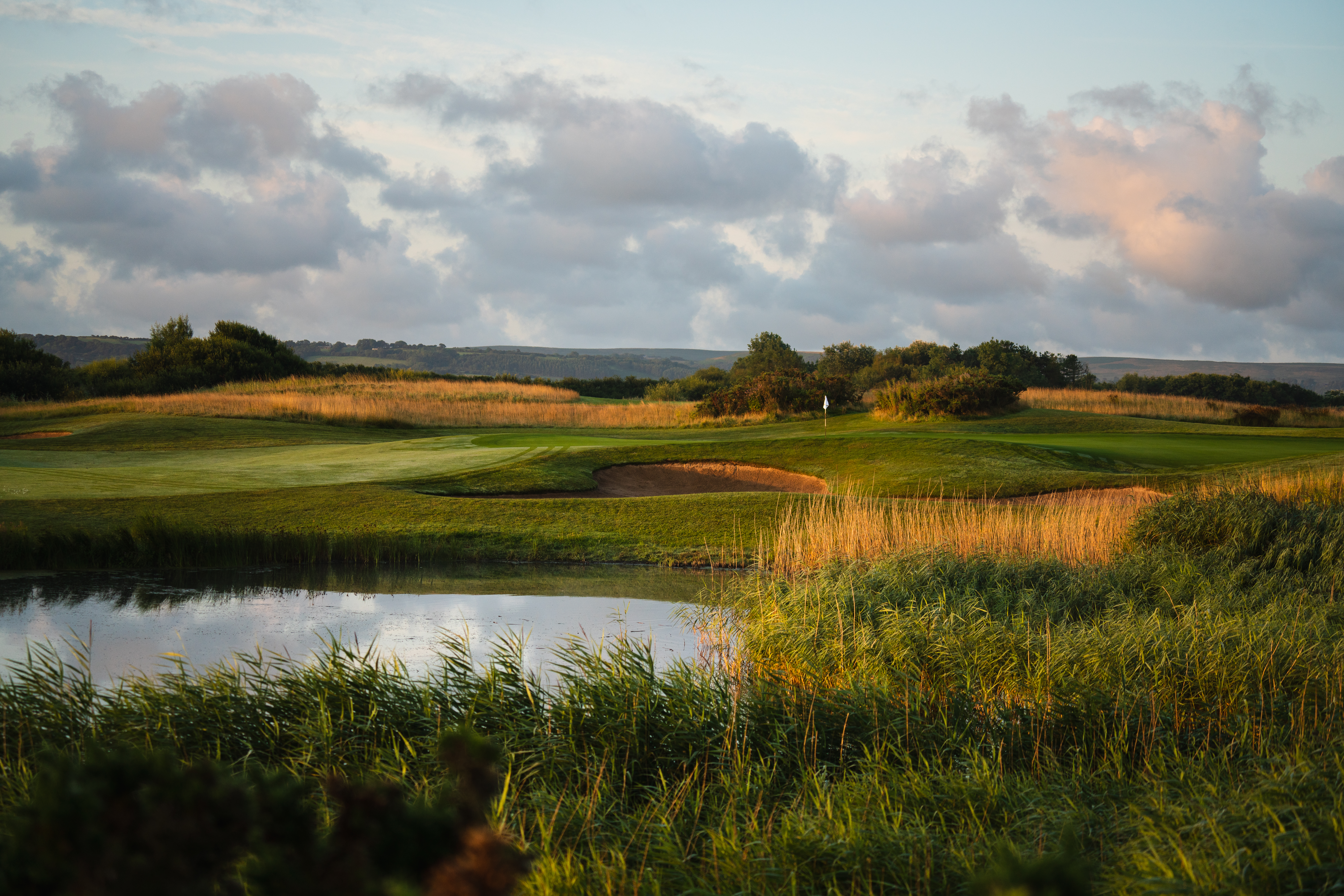 This will mark the first time that we have visited the impressive Machynys for five years following its last involvement with the tour in 2017.

By this stage we will have entered the final third of the regular season, which means players outside the top 60 in the Order of Merit won’t have long to salvage their ambitions.

There aren’t too many courses that measure longer than 7,000 yards this season, but Machynys Peninsula Golf & Country club is one of them.

The layout was expertly and thoughtfully designed by Gary Nicklaus – son of Jack Nicklaus – and it was commonly referred to as the best new course of 2005.

Despite its short span of existence, the club has hosted multiple Royal & Ancient Championships and Ladies European Tour events.

Machynys, which translates to Monk’s Island, was also the youngest golfing facility to be awarded an R&A Championship – which speaks volumes about the quality found at this south Wales venue.

The club has benefited from a £3.5 million investment that was pumped into improving the layout, with an even larger sum dedicated to the clubhouse’s renovation.

As is common with popular clubs, the two nines contrast one another; a parkland routing dominates the opening half, whilst the latter nine reflects an inland setting.

Although there are several memorable holes, the par-4 16th is perhaps the most visually appealing – which requires a long drive across the lake.

The hole is at its most beautiful when on the green however, as it exudes spectacular vistas of the large and impressive estate that encapsulates the golf course. “When it comes to golfing in the south of Wales, there aren’t many more premium venues than the beautiful Machynys Peninsula.

“We must not forget that it is also a Nicklaus-designed golf course, which is certainly reflected in the outstanding quality of the layout; our players are in for a massive treat with the reintroduction of this majestic venue.”

We return to Machynys for the first time since 2017, where Jonathan Caldwell secured the Cobra Puma Golf Championship in July 2019.

Caldwell (-9) ensured his overnight lead resulted in victory after carding a three-under final round to bolster his overall standing.

Jason Timmis produced the lowest score of the final day, carding five-under on his way to a runner-up finish.

Dave Coupland concluded his tournament at T4 and failed to apply pressure to the leaders with an even-par final outing.

The surprise of the tournament came from Scott Gregory – who also finished T4 – as he was an amateur at the time.

Gregory would have been disappointed with his final round however, as he was only one back heading into Friday’s finale.

Lancer Scott is a majorly successful construction, development and property maintenance company based in the UK.

Since its establishment in 1996, the firm has grown significantly – becoming one of the leading construction companies within the union.

Although originally conducting business in the west country area, they have since transitioned into a large company with capabilities of working nationwide.

Working Options will be supporting the event and they are a fantastic charity that focus on transitioning young people from mainstream education to the workplace environment.

Through an array of Masterclasses and seminars, industry professionals are brought in to provide insight into the world of employment.

The charitable cause works with 15,000 students and they hold strong links with more than 120 schools and colleges throughout England and Wales.

If you’d like to learn more about the charity and their mission, you can access that information here.

Spectator entry is free for this and every tournament throughout the season and we highly encourage visitors at every event.

The PGA EuroPro Tour is thrilled to have Machynys Peninsula Golf & Country Club reassociated with the tour, and we know the quality of the golf course will have only strengthened during their hiatus.