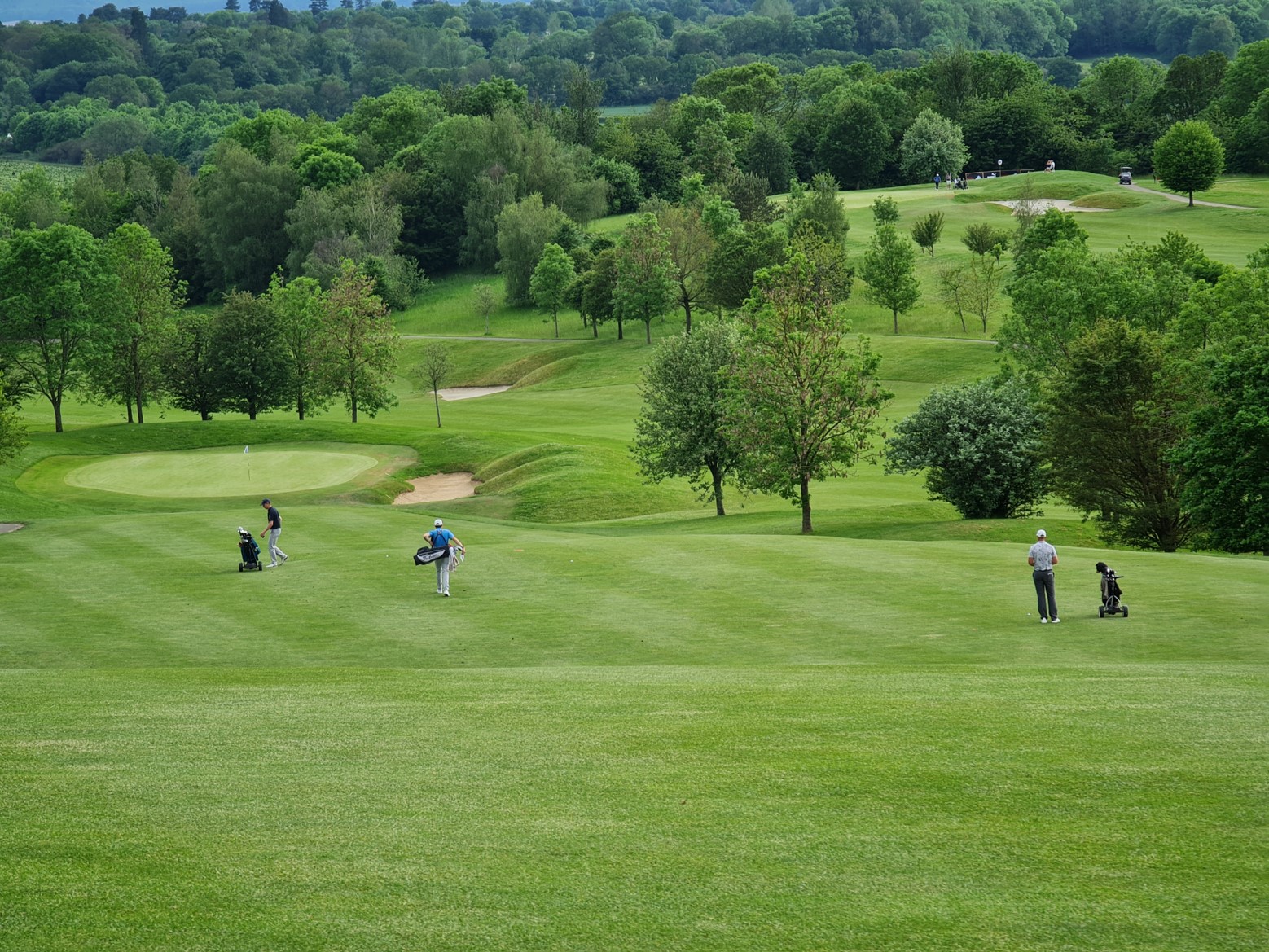 The World Snooker & Jessie May Championship will be the third event of the season, hosted by the reputable Donnington Grove.

This is a venue that the tour have visited frequently, and we can’t wait for the new members to tackle one of the most iconic layouts to feature this year.

The tournament will take place from June 8 – 10.

The grounds of Donnington Grove date back to the late 18th century, before a group of Japanese businessmen acquired the property in 1991.

Immediately after purchasing the land, they enlisted renowned architect Dave Thomas to design a course that would be open for play in 1993.

The final result was an overwhelmingly positive experience, with the quality of the golf course attracting professional events such as the PGA EuroPro Tour.

Measuring 7,108 yards and playing to a par of 72, Donnington Grove is one of the longer courses that we will be visiting this year.

Packed with entertainment and danger throughout, this venue has been constantly lauded for its uniqueness – ensuring no two holes play similar.

Nestled deep into the Newbury countryside, the fairways and greens are maintained meticulously and thoughtfully throughout the entire golfing season.

The two nines, that highly contrast one another, adds to the character of Donnington Grove – which has long been a popular venue in England.

The front reflects a traditional parkland setting, set on higher ground where undulations must be carefully negotiated with.

Once the players make the turn, they’ll be facing plentiful trees and water hazards which are guaranteed to test the entirety of the field.

At Donnington Grove, the fairways are tight and narrow – meaning an emphasis is placed on precision from the tee.

With a measurement of 7,100 yards, The World Snooker & Jessie May Championship course will be one of the longest on tour this season. Tom Fleming, Head PGA Professional at Donnington Grove, is excited to see the potential from the EuroPro Tour members.

“We always look forward to hosting the EuroPro Tour. The members enjoy getting involved with starting and scoring. They also enjoy watching the future stars of golf.”

Dan Godding, CEO of the PGA EuroPro Tour, believes the length can cause problems for members of the field.

“At 7,100 yards, it’s going to be a tough test for some of the boys this year – with driving accuracy at the forefront of any success.

“Last year, the winning score was -9, so you don’t necessarily have to blitz the field for victory – course management will be key for the eventual champion.”

Harleyford Golf Club may have opened the season with a scoring-fest last year, but that wasn’t replicated at Donnington Grove, where a final score of -9 was good enough for victory.

Conor O’Neil was victorious in the second tournament of the previous campaign, one-stroke better than both George Woolgar and Jeff Wright (-8).

Scotsman Wright had been the overnight leader on -8, but a fantastic final outing of four-under for O’Neil was enough to steal victory from his countryman.

Jamie Rutherford (-5), who won the seasonal Order of Merit for 2021, finished T9 after a one-under final round.

The cutline was +1 for the tournament last year, which should tell you everything about the difficulty the players will have to contend with at Donnington Grove.

The World Snooker Tour (WST) represents the professional ranks for the sport of snooker.

They offer the grandest trophies and highest prize purses in the world, whilst also showcasing the finest talent to currently exist.

Our co-sponsor comes in the form of a charity, which is now known as Jessie May.

They offer end of life and bereavement support to families who have lost their children, also providing families with respite sessions and emotional support.

Across the last 25 years, more than 300 children and families have been directly assisted by the charity in the regions of Bristol, Bath, North Somerset, Swindon, Wiltshire and South Gloucestershire.

If you would like to know more about the amazing work that Jessie May do, you can find out further information here.

Spectator entry is free for every tournament throughout the campaign, and we encourage everyone to witness this scintillating standard of golf.

Donnington Grove has become a permanent fixture for the PGA EuroPro Tour in recent seasons, and we look forward to elongating that partnership further this year.