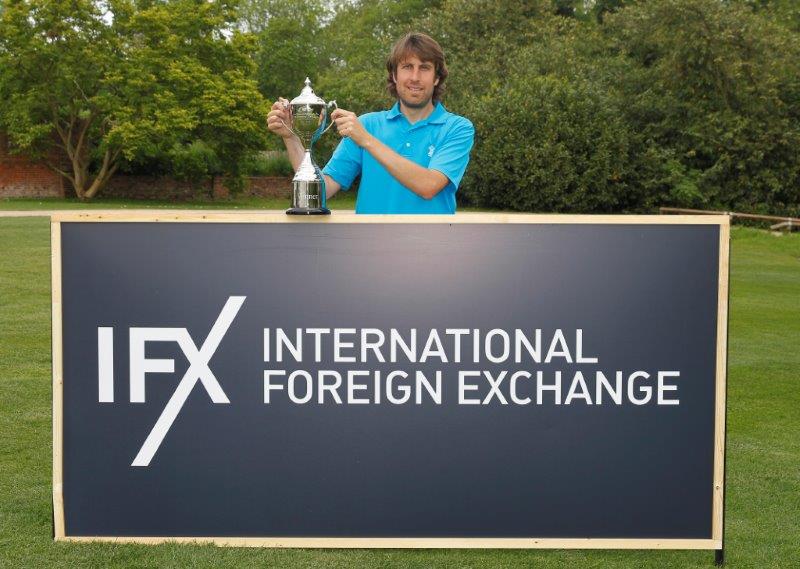 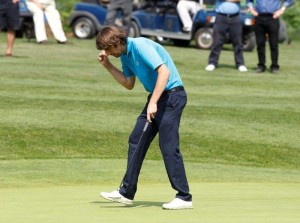 Richard Edginton shot a final-round 69 to win the IFX International Championship by two shots on 11 under par at Burhill Golf Club for his first HotelPlanner.com PGA EuroPro Tour title.

Edginton (Royal Wimbledon Golf Club) began the day two back but four birdies in his first eight holes saw him wrestle control from Greg Payne (Chobham Golf Club) on the New Course at Burhill. He turned home with a two-stroke lead but that was dashed when he bogeyed the 10th.

Some nervy putts followed on the back nine but Edginton’s cushion was extended when Payne bogeyed the 14th and the pre-tournament 200/1 shot held out for eight pars to sign for a tournament winning 69 and 11 under par for his three rounds.

“It was a lot of hard work and a very stressful round,” said Edginton, who wins £10,000 as well as a brand new Motocaddy S1 trolley, Bushnell Tour X Range Finder, Bolle sunglasses and £500 to spend at HotelPlanner.com

“I didn’t play great today but it is amazing to get the win. It was a tough day, it was breezy and the greens were firm. It is really nice to come out on top.

“I had a couple of really good breaks with putts dropping and after the turn it was a case of hold on, I knew pars would probably be enough and they just about were.

“I could feel Greg breathing down my neck. I had a couple of scrambley finishes and the putter was getting a bit shaky but I managed to dribble one in from four foot on 17. The putting held out well.

“I was keeping an eye on the leaderboards over the last few holes. I knew there was no point doing anything stupid if pars would be enough, but if anything changed I could maybe play a bit more aggressively, but I didn’t need to.

“I will probably play the full schedule of EuroPro events this year and try and get another win for that top five. Just to get the win is an amazing feeling, and if this is all that happens for me this year it will definitely be enough.”

Highlights of the IFX International Championship will air on Sky Sports 4 at 8pm on Tuesday, June 7. The HotelPlanner.com PGA EuroPro Tour continues in June with the GRENKE Championship at Cumberwell Park Golf Club, commencing on Wednesday, June 22.