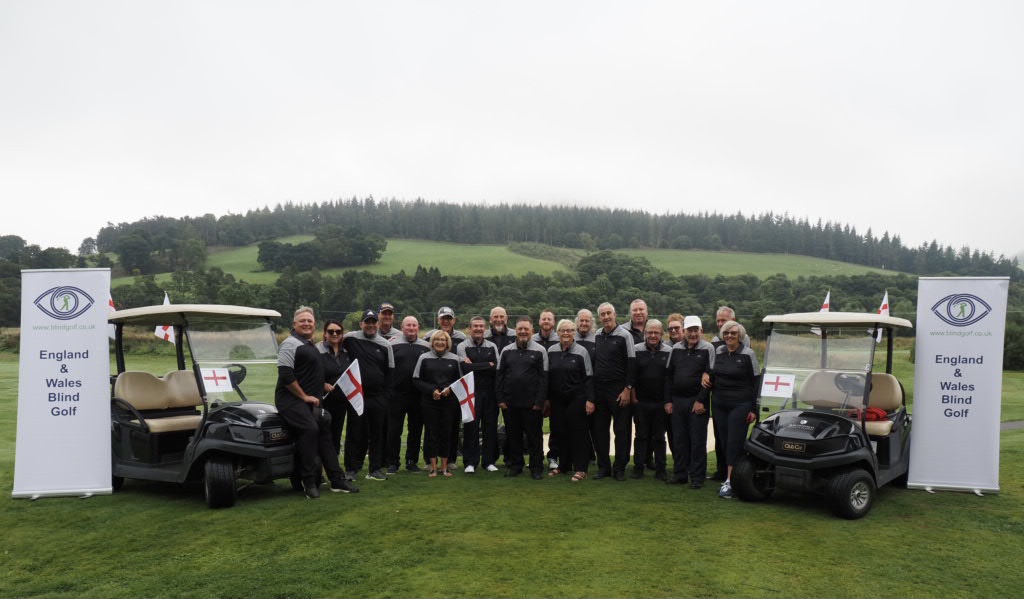 The competition runs for three days with the final being held on Monday April 11 and includes some of the world’s finest visually impaired golfers. EWBG Captain, Jason Bastable is defending his Primary Club match play title as well as being the ISPS Handa world golf champion whilst East Sussex-based Jason Heathfield is current British Open Champion.

Other notable talents are Lancashire’s Steve Beevers and Andy Gilford from West Sussex who have been chosen to represent the Rest of the World against North America in the Vision Cup, blind golf’s equivalent of the Ryder Cup, this year being held at the world famous TPC Sawgrass in Florida.

The charity wants to showcase the benefits of golf for visually impaired men and women and highlight the need for more guides to become involved to help boost participation. Steve Killick, EWBG spokesperson, said, “Without guides there can be no blind golf. Golf has provided a lifeline for so many blind people as well as forging lasting friendships between guides and players.”

The Rules of Golf strictly apply to Blind Golf but with two exceptions: players are allowed to ground their clubs in hazardous areas and the guide is allowed to stand behind the direct line of the golfer.

Guides function in a similar capacity to caddies, although they are much more involved. They help to align the golfer and give feedback on their shots – in addition to preparing them for the best approach ahead.

Three categories of blindness qualify for Blind Golf: B1, B2 and B3. B1 is for totally blind players, B2 for those with 5% vision and B3 for players with 10% vision.

Through the help of their guide, the players plot their way around the course which has ultimately led some members to play off single figures.

The charitable cause produces a pathway into sport but far more importantly, a community to help support those suffering with blindness.

If you would like more information about the fantastic, inspirational work they do, you can read more here or follow their Facebook page.  Any contributions to the charity can be made through: https://thetoucan.app/