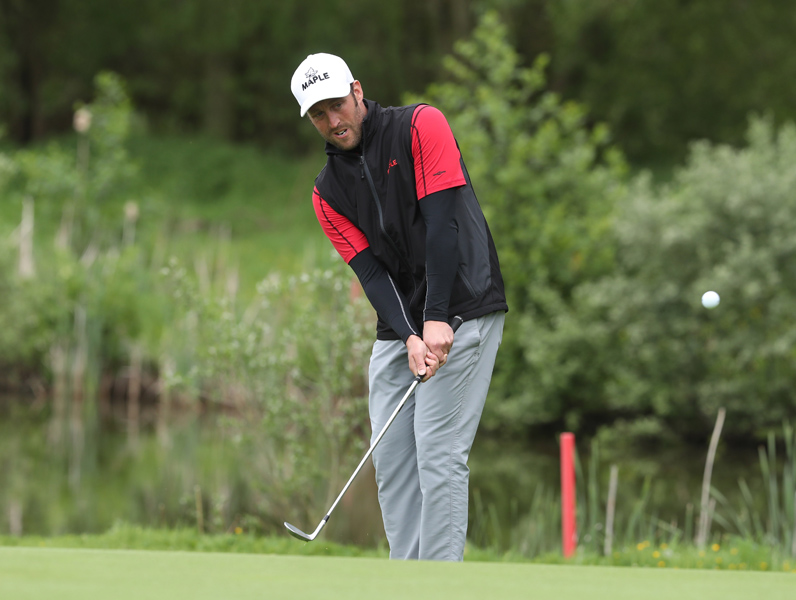 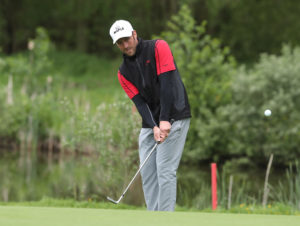 Christopher Evans holds a one-shot lead on seven-under-par ahead of the final round of the HotelPlanner.com PGA EuroPro Tour’s COBRA PUMA GOLF Championship at Machynys Peninsula Golf Club in Llanelli.

The Birmingham golfer carded a second-round 67, five under par, to move to the top of the leaderboard on a windy day on the South Wales coast.

Northern Ireland’s Jonathan Caldwell (Clandeboye Golf Club; 66, 72) led on eight-under-par for most of the second round but bogeyed his last two holes – the eighth and ninth – to drop to second. Paul Dwyer (Clitheroe Golf Club; 69, 70), Chris Halley (Malton & Norton Golf Club; 69, 70) and amateur Scott Gregory (Carhampton Golf Club; 65, 74) are two back on five under.

Evans (Hatchford Brook Golf Club; 70, 76) birdied his last three holes to propel himself up the leaderboard and into top spot at the end of round two. Birdies at the first and third sandwiched a bogey at the second and he played the rest of the front nine to par.

Coming home Evans birdied 12 and 13 before a second bogey of the round came at the 14th. However, he gained three shots on the last three holes to sign for a 67, five under par on the only Nicklaus-designed course in Wales.

The 32-year-old’s best EuroPro finish was second at Longhirst Hall in 2015, a final round defined by strong winds. Evans may have to call on that experience again during the final 18 here, with the forecast predicting strong wind and heavy rain throughout Friday.

A cut to the leading 50 professionals and ties has now been made, with those one over par or better proceeding to play the final round, after which the winner will take home £10,000 from a £50,000 prize fund.

Spectator entry is free of charge and live scoring is available at www.europrotour.com. Highlights from Machynys Peninsula will air on Sky Sports Golf on Tuesday, August 1.