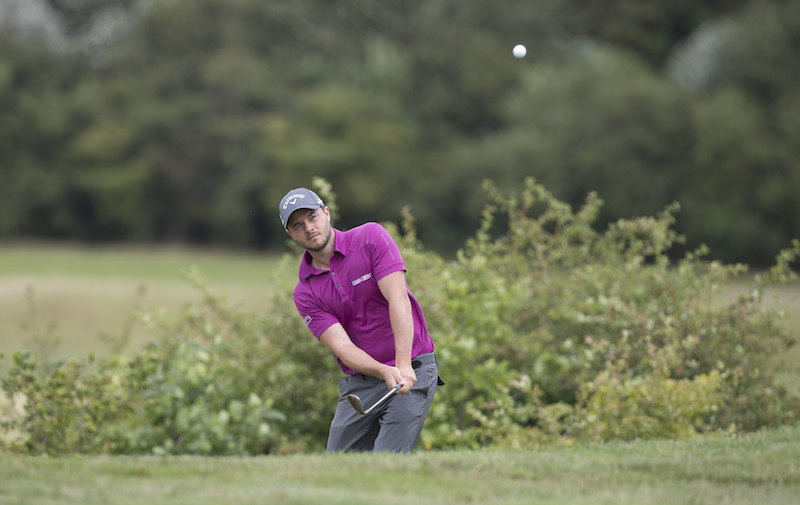 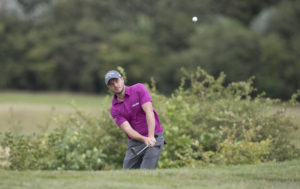 Play in the first round of the Nokia Masters at Mannings Heath Golf Club & Wine Estate was cut short after heavy rain and surface water on the course rendered it unplayable.

The unrelenting rainfall left large areas on the greens with surface water. The first round will resume tomorrow morning with round two commencing at 7am to ensure a full two rounds can still be played before a cut to the final 50 players is made for Friday.

Scott Fallon leads in the clubhouse at the HotelPlanner.com PGA EuroPro Tour’s Nokia Masters by a shot in an early round that avoided most of the bad weather.

Fallon (North Middlesex), who is in search of his first ever tour win, carded a bogeyless first round accumulating six birdies and assumed the top spot heading into the second day.

The 28-year old had a particularly impressive back nine, shooting it in 32 including back to back birdies on the 12th and 13th.

He said: “I played really solidly today, I drove really well after last week’s performance which was encouraging. I recently broke my driver and have been going through different heads and today seem to have found the right one.

“I had some great opportunities to birdie a few six-foot putts on the back nine that I didn’t capitalise on.

“I felt like there was a really good score out there today but it was great to put a bogey free round on the cards though. There are a lot of positives to take from today, I know there is a great score to be had out there.

“I really like the course, I played it on Monday and it reminds me of the Middlesex courses near home; it’s a quirky course with lots of risk reward.”

The final match made it to the 4th hole before play was suspended at 4.20pm and later abandoned for the day.

The first round will resume tomorrow (Thursday, August 3) which will then be followed by the second round shortly after. Spectator entry is free of charge throughout and live scoring is available at www.europrotour.com. Highlights from the Nokia Masters at Mannings Heath will air on Sky Sports Golf on Tuesday, 15 August.