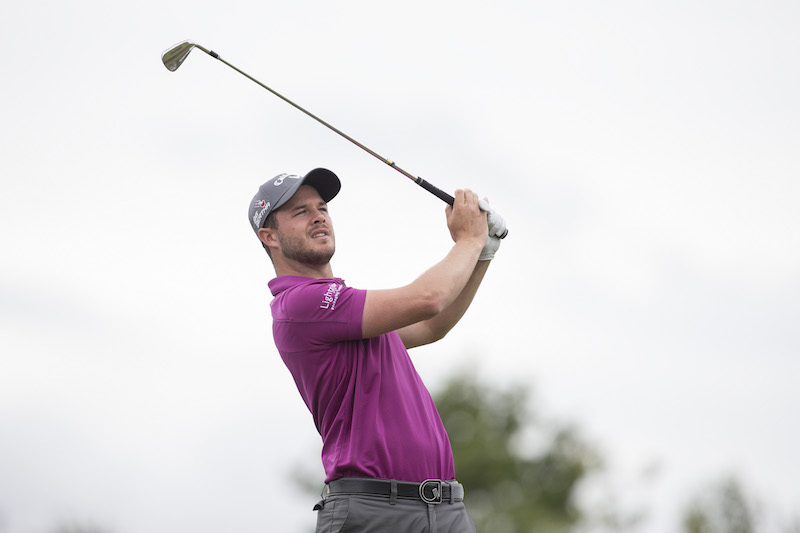 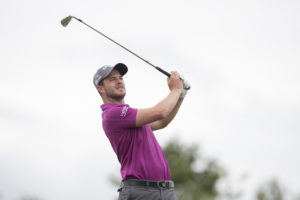 Fallon (North Middlesex) flew out of the blocks in his second round, carding seven birdies on his front nine alone, before collecting another three on the back nine with just one bogey to his name to finish on nine-under par for the day.

Speaking after his round he said: “Yesterday I played solid, and today it just seemed to get going again. I was hitting close on the front nine and taking the few opportunities I had from 20 feet.”

It was an electrifying pace set by the 29-year old, who is still in search of his first HotelPlanner.com PGA EuroPro Tour title. And after 12 holes, Fallon found himself with a very realistic chance of collecting the coveted £59,000 bonus for a 59 round.

Unfortunately for Fallon, the birdies dried up somewhat and a bogey on 17 was the final nail in the coffin.

He said: “It felt like I was making too many pars on the back nine, and was wondering to myself what was going on, but I’m still really pleased with my performance.”

Fallon’s form over 27 holes was frightening, making better than a birdie every other hole. On his birdie-rout he said: “Myself and Robert Laskey practice on a par-3 course a lot, where we try and get to 10-under par, so making a lot of birdies has become quite natural and I think that really helped me today.”

Fallon’s effort was made even more impressive by the fact he picked up a back injury after just three holes. He said: “I just felt something go after the third hole, and for the next eight holes I had to play without a practice swing. But, beware the injured golfer, it seemed to really help and I guess it took my mind of the task at hand because all I was thinking of was my back. I’m going to see a specialist tonight so hopefully they can work their magic ahead of tomorrow.”

A cut to the leading 50 players and ties has now been made, with those five-under par or better proceeding to the final round; setting a record for the lowest cut ever made at a PGA EuroPro Tour event.

Spectator entry is free throughout and live scoring can be found at europrotour.com. Highlights of the PDC Golf Championship will air on Sky Sports Golf on Tuesday, 19thJune.