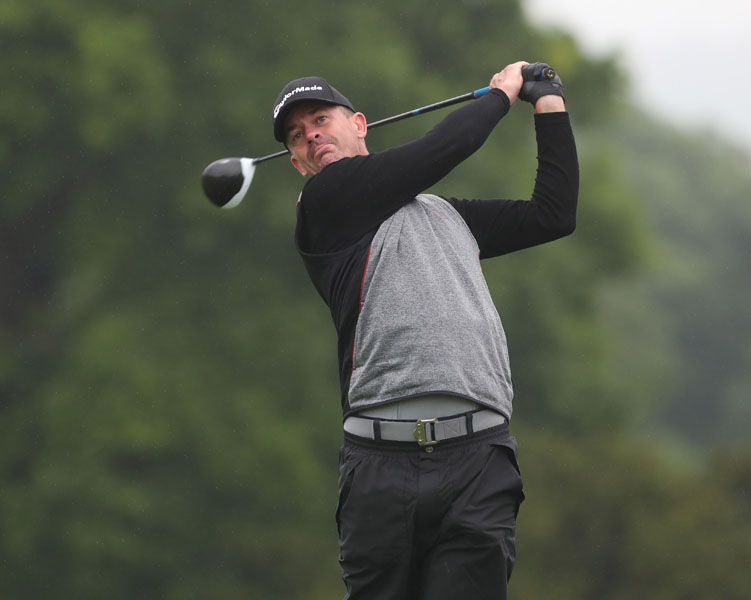 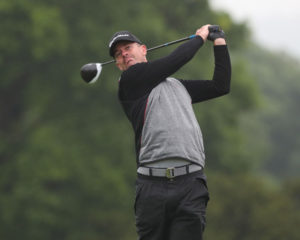 Farrelly (TPS) started in ferocious form, picking up six shots in his opening six holes to hold a commanding lead before midday on the opening day in Scotland.

Despite a bogey on the 9th, the Yorkshireman managed to pick up a further two birdies on the back nine to cement a comfortable two shot lead heading into the second round.

He said: “I started off very well today, it seemed quite easy for me out there today. I gave myself plenty of scoring opportunities on the front nine which I took advantage of. However, I’ve got some bad memories on some of those holes from last year so I didn’t get ahead of myself, taking a bogey on the 9thI thought to myself ‘that’s fine’ and moved on.”

The 44-year old is no stranger to this scenario after he opened with an impressive round of 67 at Montrose in 2017 but went on to miss the cut. He said: “I learnt from last year that I can’t put too much pressure on myself on the tough holes. I know when that wind starts switching I used to think I’d have to do things differently but now I realise that actually, sometimes a bogey on those harder holes is potentially a good score.”

The second round of the Eagle Orchid Scottish Masters continues on Wednesday, 13thJune, after which a cut to leading 50 players and ties will be made.