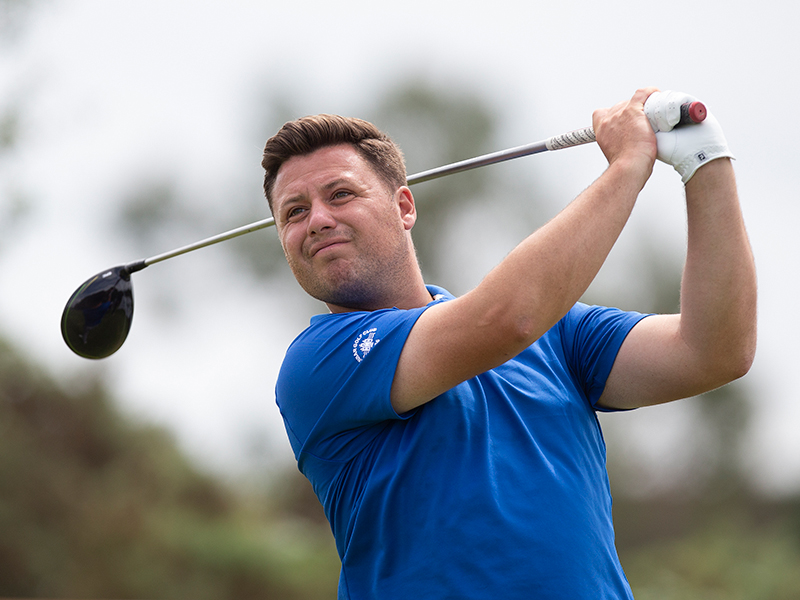 Fenwick posts round of 62 to lead

Neil Fenwick posted a superb first round of 62 (-10) to lead The Nokia Masters at Mannings Heath Golf & Wine Estate after day one.

The Dunbar Golf Club golfer was bogey-free as he powered to the top of the leaderboard in a round that included five birdies on the bounce on the back nine.

Arron Edwards-Hill (a) (Golfing4Life) and Bradley Bawden (a) (Rochford Hundred Golf Club) are both tied for second after impressive opening knocks of nine-under.

Bawden couldn’t have started any better with five birdies on his first five holes before two more to go seven deep thru nine. Edwards-Hill had seven birdies on his card plus an eagle to be two clear of Jonathan Caldwell.

Andrew Wilson (Rockliffe Hall) had a good first day going eight under to be fourth including birdies on 15, 16 and 17.

Caldwell (Clandeyboye Golf Club) went six under on his back nine to sit tied fifth on seven under with Chris Gane (Lefthandedgolf at Silvermere) going into day two.

It’s moving day tomorrow at Mannings Heath Golf and Wine Estate with free entry to watch some of the top rising stars of the game.

The cut will be made at 50 plus ties before the final round on Saturday (10, August).