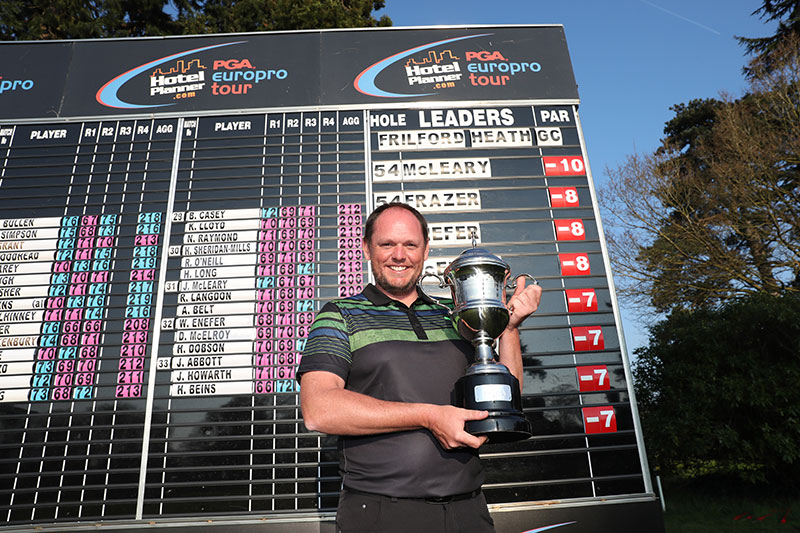 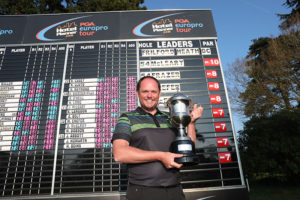 The Dalmahoy Hotel & Country Club man fired back-to-back 67s to complete a fantastic turnaround after an opening-round round 72.

McLeary finished two-shots clear of James Frazer (Pennard Golf Club) who bounced back from a first-round 76 (+4) to finish on -8 overall.

“I have been playing quite well for a couple of months, so I thought I’d come down and give it a shot. I am ecstatic to get the win. It is good to win an event because it gives you confidence going forward.” said McLeary.

Golfers have been competing to earn the highest possible category on the 2017 HotelPlanner.com PGA EuroPro Tour. All those who had progressed to Final Stage earned at least a category 14, with golfers making the Final Stage cut earning a minimum category 10 and the top 30 earning category 3.

“I was actually going to quit playing golf in October. I came off the European Tour and could not see myself getting any better. I was hitting it terrible, but, I have been working with my coach recently and noticed a change. My strategy it better, my patience is better and today I didn’t hit the ball as well as the first two days, but, I still managed to shoot a good score and that’s down to my patience.” McLeary added.