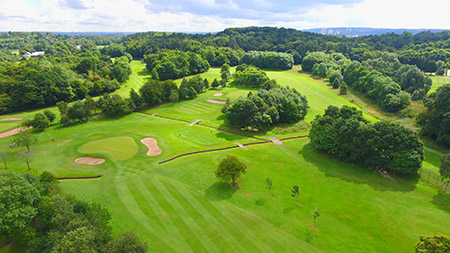 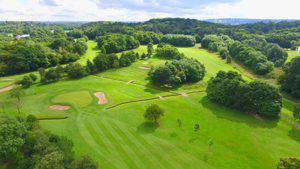 The HotelPlanner.com PGA EuroPro Tour Qualifying School completed the first stage today (Thursday, 29 March) as over 400 golfers battled through heavy wind and rain in a bid for a spot at Final Stage Q School at Frilford Heath Golf Club next week.

Played over 36 holes across Caversham Heath, Formby Hall and Haggs Castle; and 18 holes at Mannings Heath Golf Club & Wine Estate and The Players Club due to adverse weather, over 170 golfers took a step closer to gaining full playing rights on the UK’s number one golf tour and official satellite of the European Tour.

Joe Heraty (Moor Allerton & Abu Dhabi GC) clinched first stage victory by two shots at Caversham Heath with superb rounds of 74 and 69. He said: “I played solid over both days and managed to keep it on the fairways throughout with no wild tee shots. The weather was tough but I was mentally prepared for it.”

On advancing to Final Stage at Frilford Heath he said: “I’m really looking forward to it, I’ve got a few things to work on over the weekend but I’m mainly just aiming to relax and not over think it.”

Eight golfers advanced to Frilford after one playoff hole consisting of nine golfers at Caversham Heath.

Paul Kinnear (Formby Golf Club) picked up just one bogey as he went on to win at The Players Club with a five-under par (67) round. George Mullins (Langley Park/ Lewis Towers), Sam Edwards (Bigbury Golf Club) and Guy Mummery (Rookery Park Golf Club) booked their spots at Final Stage after a playoff.

Irishman Stuart Grehan recorded consecutive -4 (68) rounds to comfortably win first stage at Formby Hall by four shots. His closest competitor was none other than Canadian amateur Callum Davison (Cowichan Golf & Country Club) who shot consecutive round of 70 to finish four-under par in arguably one of the performances of the week. Aaron Harper (Printed Polythene Ltd) emerged as the final golfer to book his spot at Frilford Heath after a four-man playoff.

All 240 golfers at Final Stage will play one round on each the Red and Blue Courses at Frilford Heath on Wednesday, April 4 and Thursday, April 5 before a cut to the leading 80 players and ties play a concluding 18 holes on the Blue Course on Friday, April 6.
Players are competing to earn the highest possible category on the 2018 HotelPlanner.com PGA EuroPro Tour. All those progressing to Final Stage will earn at least a category 14, with golfers making the Final Stage cut earning a minimum category 10 and the top 30 earning category 3.