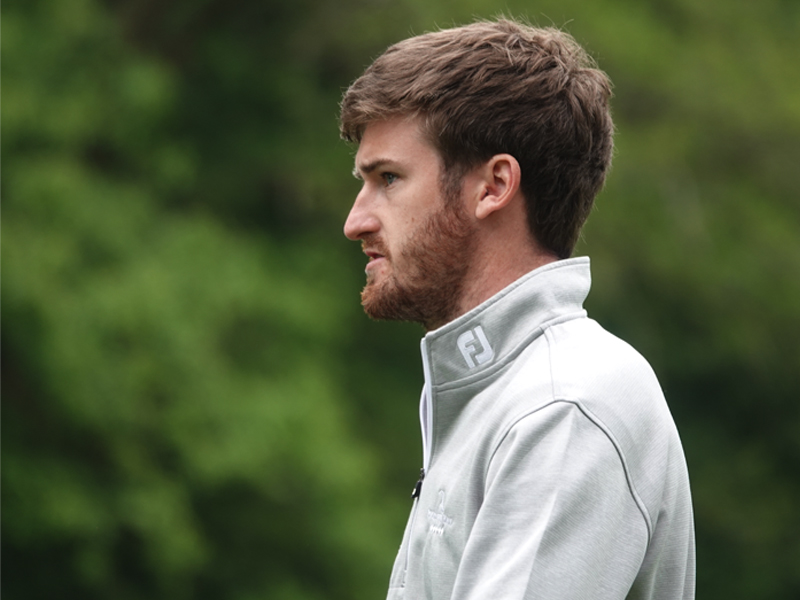 An interesting first day of The Matchroom Sport Championship at Harleyford Golf Club in Marlow finished with four players tied for the lead going into the second round tomorrow.

With the first pair going out at 6:30, the early morning groups had the better of the weather with the rain closing in by lunchtime and a much higher wind but that didn’t deter many.

The greens drained well due to the proximity of the River Thames to the course and the fairways still carried well throughout the afternoon downpours.

Wilson, who finished second at Brocket Hall last week, shot nine birdies on his round with two bogeys with four of the birdies coming back to back on the final nine holes.

Benson playing his first round on the tour since 2009 has eight birdies to his name alongside Sagoo both on a course that challenged many with its unforgiving greens and tight fairways.

Woodman meanwhile, had four birdies on his front nine with a further three on the back to finish up on six under also.

Eight players are all one shot back on five under whilst fifteen players went four deep on their opening round including Thomas Curtis, Marco Penge, and Gian-Marco Petrozzi.

One of the more bizarre moments on day 1 came in the form of Greg Payne, Camberley Heath Golf Club/WRSM, who struck his tee shot on the twelfth off a tree at the back of the green on the par 3. His ball trickled its way down the green into the rough at the other end of it. Payne recovered to make par and finish his first round on one under.

Returning to the Tour for the first time since making the step up to the Challenge Tour, Billy Spooner, Dave Coupland and Mark Young all shot -5, -2 and -2 respectively. Former order of merit winner in 2016, Matthew Cort went level par through his opening round.

The second round of  The Matchroom Sport Championship at Harleyford Golf Club continues tomorrow (Thursday, 30, May) after which a cut to the leading 50 professionals and ties will be made.