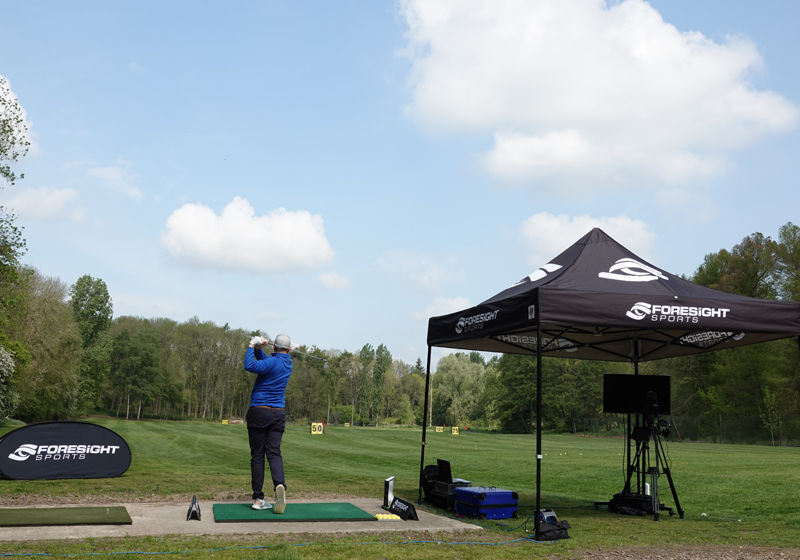 The PGA EuroPro Tour is delighted to announce a new partnership with Foresight Sports Europe, who will use their technology to offer a new dimension to the Tour players’ practice days.

The team from Foresight will be present throughout the season, running a series of challenges testing players on the whole breadth of their game from short game and bunkers to driving.

Player data will be measured using the GCQuad, the game’s most advanced launch monitor which uses ultra-high-speed cameras to directly image a host of data points, providing millimetre-levels of precision.

“The tour is a fantastic opportunity for Europe’s best up-and-coming golfers to showcase their abilities and we are looking forward to working with them, using Foresight technology, to prove just how good these guys really are,” said Ben Hawksworth, Marketing Manager at Foresight Sports Europe.

“The players are so incredibly consistent throughout the bag that we wanted to create some bespoke challenges using our latest software to highlight this, whilst at the same time providing some friendly competition!”

“We will create a number of virtual stations, from short flop shots requiring feel and a delicate touch to long drives down a narrow target zone requiring power and accuracy. It will make great viewing and, using Foresight technology, we’ll be able to show the player’s ball and club data.”

“You just have to look at the list of high-profile names, for whom the EuroPro tour was pivotal to building a successful career, to know how important it is for a player’s development. We’re talking Major winners and Ryder Cup players here, so we’re delighted to be partnering with Europe’s leading development tour.”

“Presenting a huge number of data parameters such as ball speed, launch angle, spin rate, as well as club path and strike location, will be fascinating for viewers and a great analysis resource for the players.”

Dan Godding, CEO of the PGA EuroPro Tour, said: “Foresight Sports Europe offer a great competition between the players during the season as well as interesting data for the players to build on throughout the year. I can’t wait to see the healthy competition this will build!”

Data from each event will get added to a leaderboard on the homepage of the PGA EuroPro Tour website with an overall picture being built of the most complete golfer on the Tour as the season progresses.

Fans of the Tour and players will be able to view their data throughout the season and see development. Keep your eyes on Foresight Sports Europe and PGA EuroPro Tour social media channels for all the latest from the skills challenges.

Head to the front page of the PGA EuroPro Tour website to see the first set of results and how the table sits.