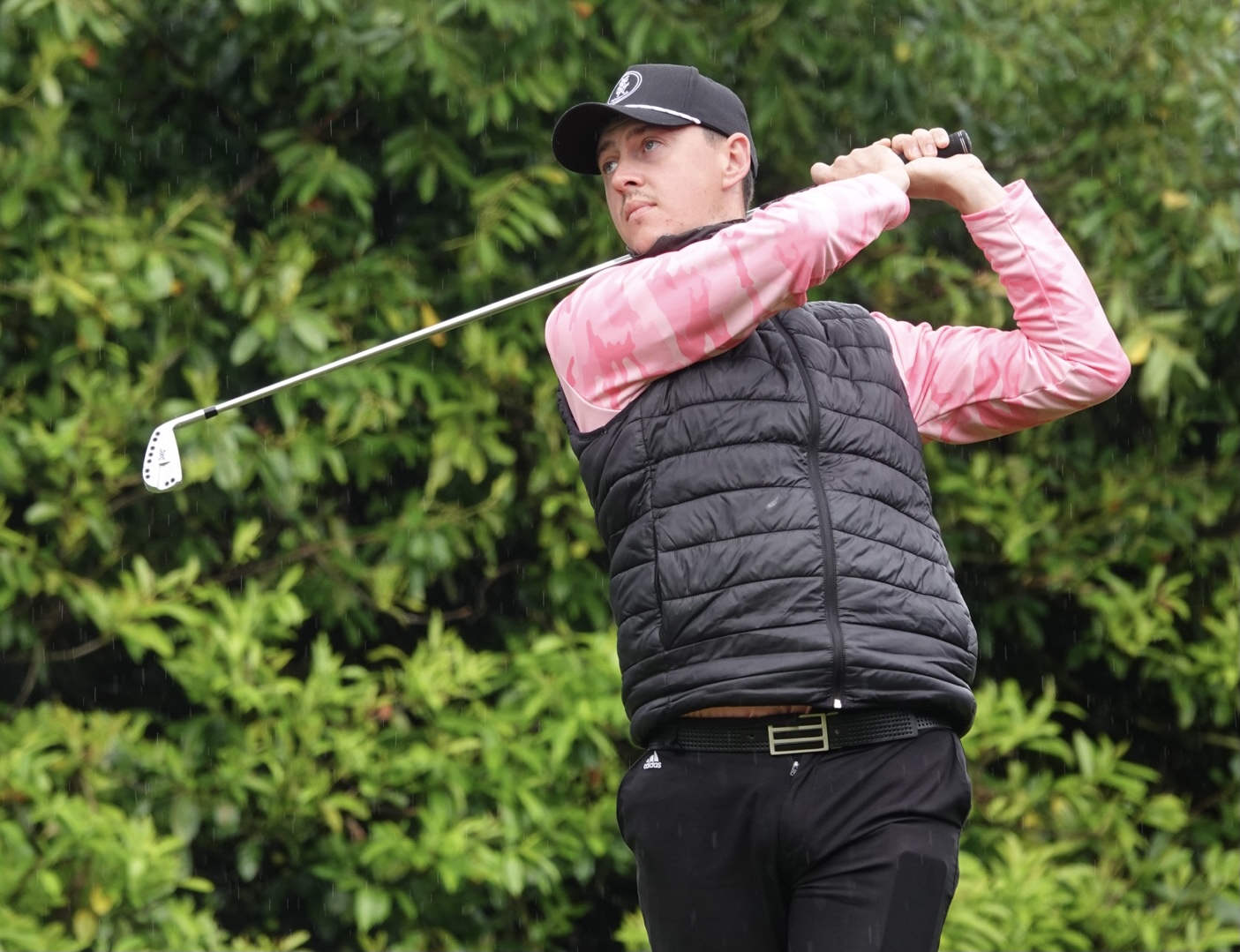 A grey and wet day welcomed the early starters at Telford Hotel, Spa & Golf Resort, but the sunshine finally broke through to mirror the incredible standard on offer.

Dean would have been frustrated with his final round at Harleyford, but another excellent display demonstrated his desperation to get back to the Challenge Tour.

The player, who represents Worksop Golf Club, had a steady front nine, picking up one birdie on the second before parring the remaining opening half.

He burst to life during the latter nine however, as consecutive birdies on 11 and 12 was swiftly followed by two more at 14 and 15.

Considering his early start, he was in the independent lead for quite some time, but then the field started to attack.

He shares the co-lead with James Walker – someone who also failed to drop a single shot during his round today.

Walker supports a very strong finish at Harleyford (T10) with yet another wonderful display of golf, and he’ll be looking to go a few places better than last week.

Jack South, who shot 59 at Leven Links last year to win a monstrous sum in prize bonuses, shares the lead with the aforementioned two after a blemish-free 65.

South had to be patient after a few putts burned the edges without dropping into the cup.

“I birdied the 10th – which was my first hole – and I missed an 8-footer on 12 for another birdie, but I kept hitting good shots,” South revealed, before continuing.

The Midlands-based golfer finished with an excellent birdie on the par-4 9th to push himself into the lead alongside three others.

South earned his first PGA EuroPro Tour victory at Leven Links last year, and he’ll certainly be able to draw on that experience if he is to contend again here this week.

The final member of the 65 club is Nick Marsh, who rallied late to turn his good score into an excellent one.

Marsh started on the 10th hole and found himself one-under after his opening nine holes, with a sole birdie secured on the par-3 11th.

When he made the turn, he was in unstoppable form as he reeled off four birdies in only five holes.

Interestingly, all members of the top 5 started their rounds at differing times, which means the conditions never really threatened to spoil the party.

Whilst 65 leads the way, there are five further players within one-stroke of the lead – including last week’s champion, James Allan.

Allan has been in stupendous form since the season unveiled, and after two runner-up finishes in 2019, he was ecstatic to secure his maiden tour title. James Allan teeing from the 1st this afternoon

James Newton, who represents Ignis Management, strung together a great score to sit only one behind the leading pack.

Phenomenally, Newton carded an eagle on the par-4 12th, holing out from the fairway to set up his round perfectly – considering he started from the 10th hole.

Two consecutive bogeys followed that remarkable achievement, and another found its way onto the card at the notoriously difficult 18th.

If you ever questioned just how good these players are, then Newton’s exhibition midway through his back nine should be sufficient evidence.

Sitting at +1 and looking to improve his standing, he notched five successive birdies to not only propel his standing, but to set-up a platform for a hunt tomorrow.

Matthew Nixon is also sat nicely in T5, following five birdies and just one blemish – bogeying the same hole that Newton had eagled.

That didn’t faze the Englishman however, as four further birdies enabled a very strong finish.

Finally, Ben Chamberlain is also in T5 after the accumulation of five birdies for the cost of only one bogey.

Chamberlain is the only non-Englishman in the top 10, and he’ll be looking to add some much-needed Order of Merit money after he missed the Cubefunder Shootout cut.

We’re underway at 07:30 on Thursday for the second round of The Ignis Management Championship, where we can lose up to 2/3 of the field.