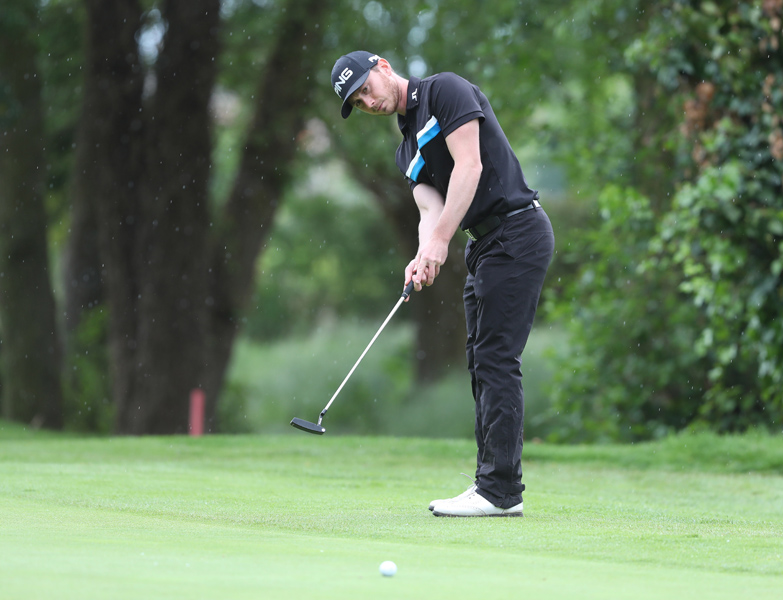 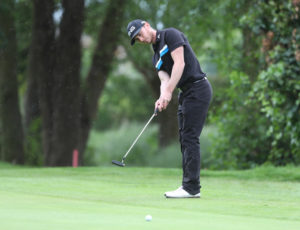 Hugo Dobson, Billy Hemstock, Luke Johnson, and James Frazer lead the HotelPlanner.com PGA EuroPro Tour’s Matchroom Sport Championship in a day which saw the top 14 players separated by just a shot after the opening round at Luton Hoo Hotel, Golf & Spa in Bedfordshire.

Dobson (Woodbridge Golf Club), who already has a tour win to his name this year, eagled a 40-foot eagle putt on the 11th to share the top spot after day one with a first-round 66 on the par-73 course.

The 26-year-old is no stranger to Luton Hoo though, he said: “I used to work here so I know the course well. It was like being back home.”

It wasn’t plain sailing though after double bogey disaster on the opening hole, he said: “I always hit with a three wood on the first but today I decided to start with a driver. I ended up making double bogey so that wasn’t a great start to the round.”

Fortunately, Hugo’s close friend and 2012 EuroPro Rookie of the Year Tyrrell Hatton was on hand to offer guidance which paid dividends. Hugo said: “Myself and Tyrrell have been friends for a long time, it’s really nice for him to come down and support me.”

Hemstock (Teignmouth Golf Club), a four-time winner on the HotelPlanner.com PGA EuroPro Tour, carded a bogeyless round and birdied two of his last three holes to take the outright lead before Luke Johnson (King’s Lynn Golf Club) Frazer (Pennard Golf Club), and Dobson joined him at the top of the pile.

Frazer made three at the par-five on the 11th before bogeying the 13th, and collected a further two birdies on 16 and 17 to card a back nine of 34 and seven under for the day.

Johnson, who recently spoke of his desire to win at Luton Hoo, started off in fine form carding a front nine of -6. But a bogey on the 13th and only one further birdie on the 17th saw him share the top spot with Frazer and Hemstock.

The Matchroom Sport Championship continues with the second round on Thursday (July 27), after which a cut to the leading 50 professionals and ties will be made. The final round takes place on Friday (July 28).

Spectator entry is free of charge throughout and live scoring is available at www.europrotour.com. Highlights from Luton Hoo Hotel, Golf & Spa will air on Sky Sports Golf on Tuesday, August 8.