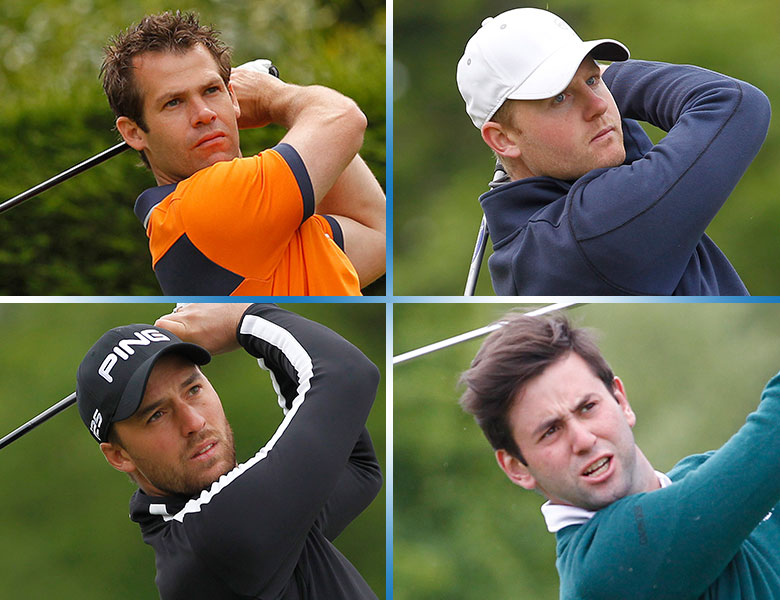 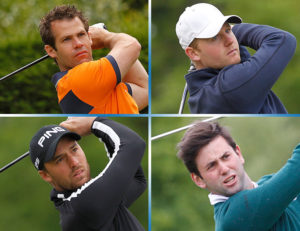 Mark Laskey, Alex Wrigley, Craig Hinton and Jack Harrison will begin the final round of the FORE Business Championship tied for the nine-under-par lead in the HotelPlanner.com PGA EuroPro Tour event at The Oxfordshire.

Race To Desert Springs Order of Merit leader Matthew Cort (Beedles Lake Golf Club; 65, 71) and John Henry (Clydebank and District; 71, 65) are just one shot off the lead in fifth.

Wrigley (Hartlepool Golf Club; 66, 69) has been in contention ahead of the final round of the last two EuroPro Tour events, but above par final rounds at Caversham Heath and East Sussex National saw him slip outside the top ten.

Hinton (LJD Technology Services) is playing at his home course in just his fifth event of the EuroPro season. He had two top-three finishes last season and rounds of 68 and 67 have put him in line for a first EuroPro Tour win.

Harrison (Wildwood Golf Club) shot an unblemished second-round 65. An eagle at the 7th combined with five birdies saw him rise to the top of the leaderboard.

Laskey (Brocket Hall/Team Honma) was first to return to the clubhouse on nine under, shooting a four-under-par 68 in his second round. The Welshman is ninth on the tour money list, from which the top five at the end of the season earn a card on the 2017 Challenge Tour card. The top six on the Race To Desert Springs at the end of this tournament will also be exempt from the first stage of European Tour qualifying school.

“A win this week would be pretty special with European Tour School cut off being this week,” said Laskey. “I am ninth at the moment, so a win would be second.

“I won’t think about it too much though. I really like the course and it is nice to shoot a good score and tomorrow I will try and shoot under par and just enjoy it.

“My game feels good at the moment. My putting is good and I feel I am in control of my game.

“I have eased back on the power with drivers to keep it in play and it has been target golf out there, so it has been quite nice to throw wedges at flags and convert a few of them. I have played well and had two eagles which was a nice injection into the scorecard.

“In the heat, your hands can get quite wet so you have to change gloves quite a lot and during the first round I had my umbrella up all day to keep out of the heat; that probably saved me a shot.”

A cut to the leading 50 professionals and ties has now been made with all those one under par or better proceeding to play Friday’s final round.