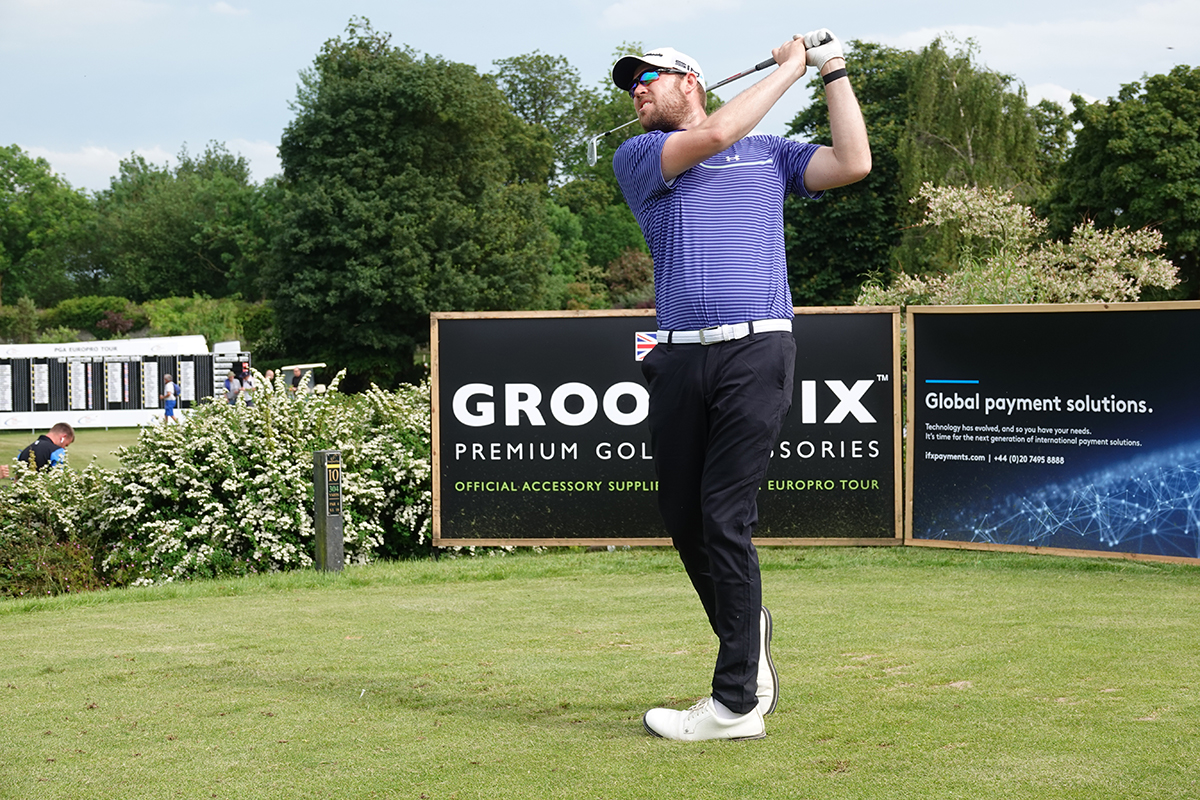 Owen Benson, Tom Sloman, John Parry, and Sean Towndrow hold the clubhouse lead after the opening day of The Cumberwell Park Championship at Cumberwell Park with all posting opening rounds of 64 for seven under to hold a one stroke advantage going into moving day.

Benson (Moor Park) sneaked into the tournament on countback from Tuesday’s pre-qualifier and he took full advantage of it after never actually playing the course until the qualifier. Finding his rhythm on the back nine, Benson posted a back nine of six under with four on the bounce from the tenth. Sloman of Trinifold Sports fought off three bogies on the front nine as he scrambled it around in one under before things taking shape on the back where Sloman found an eagle along with four birdies.

Harrogate’s John Parry is no stranger to the top end of the leaderboard and showed bags of experience as he comfortably moved through the gears on the front nine* going out in 30 (-6).

Towndrow (Trinifold Sports) was in the same group as Sloman with the pair clearly bouncing off each other. The previous EuroPro winner putting together five birdies on the trot to be right in contention.

On a humid day in Bradford on Avon, scoring was steady throughout the field, Chris Maclean (Balmore Golf Club), Nick Marsh (Huddersfield Golf Club), Galven Green, Calum Fyfe (Trinifold Sports), Jamie Rutherford (Knebworth Golf Club) and Jack Yule (King’s Lynn Golf Club) are all chasing to be on top of the leaderboard at six under with rounds of 65.

There was a professional debut of note in the field with Daniel O’Loughlin (Trinifold Sports) only graduating from the University of Colorado in recent months. O’Loughlin signing for an opening day 66 (-5) to be two shots off the lead. He was pleased to get things underway in the paid ranks: “It was exciting. Obviously, I was just really excited to get started playing as a professional, been an amateur for a while now so I was just looking forward to it. I was just trying to think of it as no different to an amateur tournament or any other day really.”

After the opening round, the cut currently sits at two under with fifty-plus ties making it through to the final round on Friday.