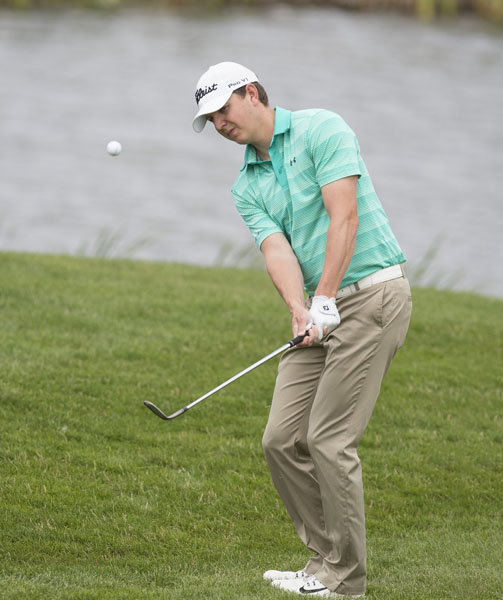 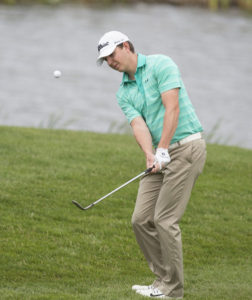 James Frazer heads into the final round of the HotelPlanner.com PGA EuroPro Tour’s Jessie May World Snooker Championship as the leader after shooting another six-under par (66) round.

“I got off to a bit of shaky start, nothing terrible but missed a couple of greens that I should’ve hit. I dropped another shot on 16 today, apart from that everything was solid. I played a great bunker shot on the 4th to grab a tough birdie.”: said Frazer (Pennard Golf Club), who is searching for his first EuroPro Tour title.

He added: “I’ve had two similar rounds so far, both days I’ve hit lots of great wedge shots which has meant I haven’t had to hole a great deal. I’ve been playing the par fives well today, and birdied all of them, which is where I should be taking advantage.”

Frazer could have been holding an even more comfortable lead if he had avoided the 16th hole on both rounds, the only hole which he has dropped shots on this week; most notably a triple bogey on the first round.

However, the 30-year old remains focused and said: “I’m going to be approaching my final round the same way I’ve approached the last two rounds. I’m always confident of my game and don’t feel that I’ve been playing badly this year, it’s just that the scoring on the Tour has consistently been so low that you can’t even have a level par round if you want to win.”

He added: “Heading into the final round as the leader will be a new experience for me but if I relax and try not to force a low score it will be something I’ll enjoy, and I’ll try to play with a smile on my face.”

Elsewhere, Nick Cunningham (Bedford & County Golf Club) shot a second round of five-under par (67) to sneak inside the cut.

A cut to the final 50 professionals and ties has now been made, with those three under par or better proceeding to play the final round, after which the winner will take home £10,000 from a £50,000 fund.

Spectator entry is free of charge throughout and live scoring is available at www.europrotour.com. Highlights from the Jessie May World Snooker Championship at Collingtree Golf Club will air on Sky Sports Golf on Tuesday, September 12.