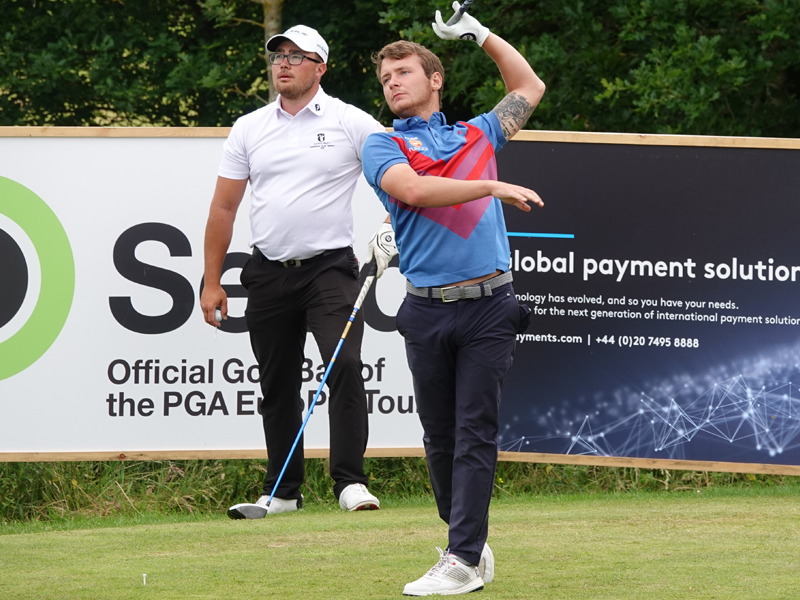 Fyfe leads by one shot going into last day

Calum Fyfe (Golfing4Life) leads by one shot going into the final day of the Motocaddy Masters at Macdonald Linden Hall.

The Scotsman went six under to bolster his four under from yesterday to be in the driving seat ahead of the final round tomorrow.

Fyfe’s round of 66 included four birdies on the spin and eight overall in a round that could’ve been even better if it wasn’t for two bogeys.

On a day where strong winds were predicted, very little troubled some almost perfect course conditions for the players.

Ashley Mansell (Clevedon Golf Club) posted the finest round of the day going seven under for 65 to be outright second. It was four birdies a piece on the front and back nine to move him up off two under after his opening round.

Lamb carded a round of 69 to move into contention on day two in a round that included five birdies and an eagle. Meanwhile the overnight tied leader, Allan was two under. Caldwell went five under.

The final of  The Motocaddy Masters with the cut made at one under after Day 2 at Macdonald Linden Hall, Morpeth.