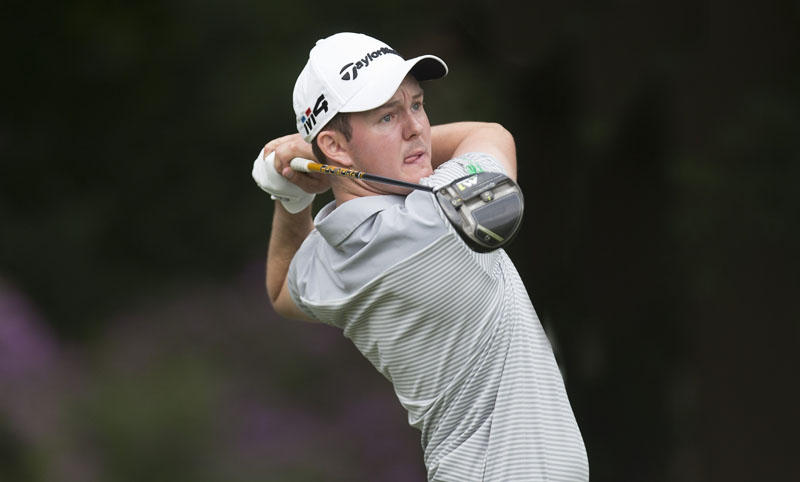 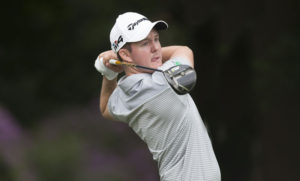 Galbraith (Whitehead Golf Club) carded a blemish-free second round of 66 (-6), following up from a similarly impressive opening round of 68 (-4). Three birdies either side of the turn put the Northern Irishman in control as he goes in the hunt of his maiden EuroPro Tour title.

“It couldn’t have gone much better for me out there today, I had a solid start collecting hitting a few pars in a row waiting for the birdie opportunities to come which I took on the par fives.

“I started the season off really strongly, grabbing two top ten finishes in the first two events and have since stumbled through the season; looking back I think I was trying too hard to make things happen. But the last couple of weeks I’ve played some nice golf and I’m really looking forward to the final round tomorrow and the remainder of the season.

“I’m going for a win in these last few events to set me up for a great week at the Tour Championship. I belong at the top of the leaderboard and I feel comfortable there so it is great to be back where I want this week.”

Ireland’s Niall Kearney (The Royal Dublin Golf Club) equalled the course record (65) on day two to sit in joint second alongside Scotland’s Paul McKecknie (Braid Hills Golf Centre) and Marco Penge (Golf at Goodwood) on seven-under par. And sitting just a shot back on an overall score of six-under par is two-time EuroPro Tour Champion Mark Young, who could move to within one of the coveted £250,000 four-win bonus on offer if he were to claim the title tomorrow.

And Lancaster Golf Club’s Adam Stone bounced back from a four-over par opening round with a course record-equalling score of 65 (-7) to join Thornton on three-under for the Championship.

A cut to the leading 50 professionals and ties has now been made, with those one-under par or better advancing to the final round to battle it out for £10,000 and the trophy.

Spectator entry is free throughout and live scoring can be found at europrotour.com. Highlights of the PREM Group Irish Masters will air on Sky Sports Golf on 11thSeptember.