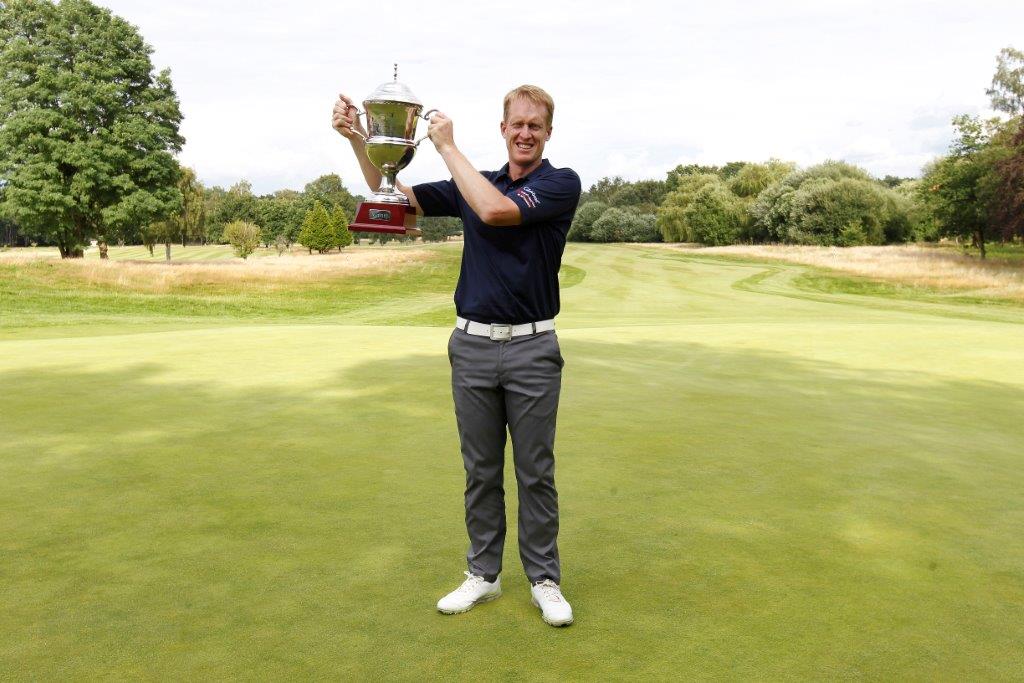 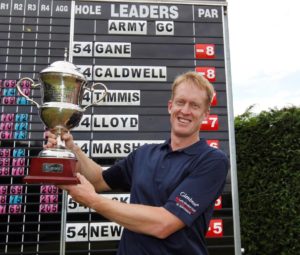 Caldwell had shot a final-round five-under-par 66 with seven birdies to get to eight under, while Gane was two under the card for his closing 18 and almost clinched the win in regulation play before bogeying the last.

However, in the sudden-death play-off it was Caldwell who made five at the tricky par-four 18th, which didn’t see a birdie all day. Gane held his nerve over his short second putt to claim the £10,000 winners’ prize and a major boost on the Race To Desert Springs Order of Merit.

“I am very happy to win,” said Gane, who also wins a brand new Motocaddy S1 Lithium trolley, Bushnell Tour X Range Finder and Bolle Sunglasses. “Anything can happen out there and it is a great feeling to be taking the trophy home.

“You have to think your way around this golf course, you can’t overpower it and I managed to think pretty smartly out there. The greens were great, I stayed out of the long rough most of the time and I was fortunate enough to prevail. 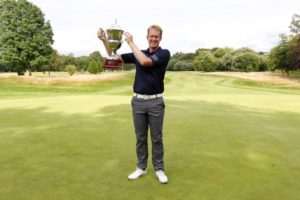 “My nerves were worse in regulation than the play-off, because I haven’t been in that situation for a while. I actually hit two really good shots in regulation play into the 18th, but it is a tough flag and my hands were shaking over the second putt. I didn’t know it was to win though because I avoided looking at the leaderboard. Second time around, I was glad to see it get close to the hole.

“Sometimes looking at the leaderboard can be another factor getting in the way of things, rather than just hitting your shots.

“I haven’t played much EuroPro this year, this is my first event since the opener at Frilford Heath, but I will be re-jigging the schedule now to press on with the Order of Merit.”

Chris Lloyd (The Kendleshire) and Jason Timmis (Newcastle-under-Lyme GC) shared third on seven under while Matthew Cort (Beedles Lake Golf Club) consolidated his place at the top of the Race To Desert Springs with a tied fifth to support the two wins he had earlier in the season. Andrew Marshall (Bawburgh Golf Club) shared fifth with his room-mate Cort.

The HotelPlanner.com PGA EuroPro Tour season continues next week with the pentahotels Championship at Caversham Heath Golf Club in Reading.

Highlights of the World Snooker Golf Masters will air on Sky Sports on Tuesday, August 16.