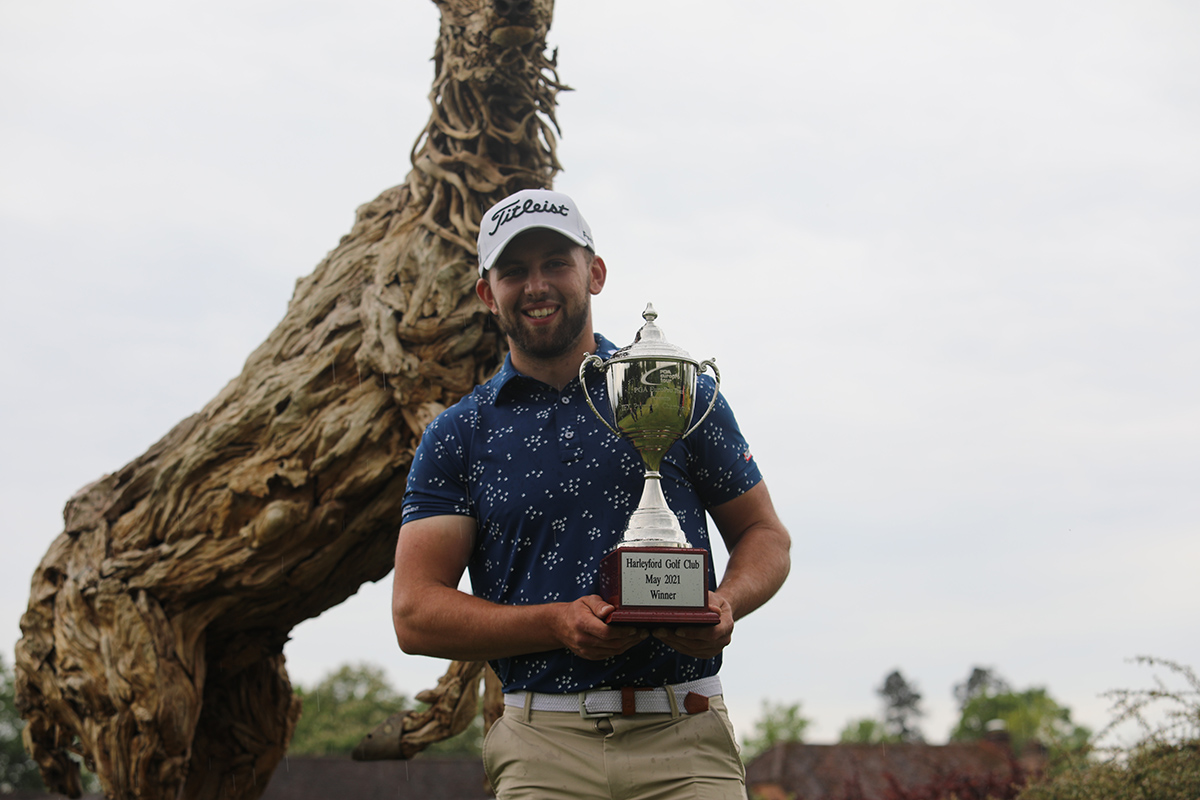 Gian-Marco Petrozzi has won The IFX Payments Championship in the 2021 PGA EuroPro Tour season opener at Harleyford Golf Club in a playoff against Nick Poppleton (Wath Golf Club) sealing the £12,500 first-place prize and moving straight to the top of the Race to Alcanada standings.

On a day where scoring was low again, Petrozzi of Trentham Golf Club signed for a card of 68 (-4) to force a playoff against Poppleton who put down a final score of 69 (-3) to be level.

Luck didn’t favour Poppleton in the playoff as he found his tee shot out of bounds giving him a mountain to climb, meanwhile Petrozzi found the middle of the fairway and did the rest to par it and beat his counterpart to the title.

It was only yesterday that Petrozzi smashed the official course record at Harleyford with a 61 (-11) which put him right into the mix going into the final day.

Petrozzi said: “Unbelievable it was such a good feeling yesterday shooting a course record and doing enough today to go and get the win is just fantastic.”

“It’s just great to prove to myself I’m able to win at this level and when I’ve got somewhere near my best game it’s going to be up there. I’m really pleased. I know Pops well (Poppleton) – we’ve known each other for a while, and it was sad to see him hit one OB on 18, I thought it was fine when he hit it.”

Wednesday’s overnight leader Ashton Turner (Kenwick Park Golf Club) was tied for the lead going to the 18th tee but that didn’t last for long as he fell in the same trap as Poppleton is firing his tee shot OB putting an end to his title hopes. Turner eventually signing for a -2 final day to tie in fourth.

The round of the day came from John Parry (Harrogate Golf Club) who put in a final round 63 (-9) to tie for ninth with Joe Brooks (Hanbury Manor Golf Club), and Rhys Thompson (Spanish City/Whitley Bay)

The Tour rolls up to Donnington Grove next for The Jessie May World Snooker Golf Championship from June 9, to June 11 where the first-ever Monday Qualifier will be held with five spots on offer to play in the main tournament.

Highlights for the season opener at Harleyford Golf Club will be broadcast on Sky Sports Golf a week Tuesday (June 8) and available worldwide through our various broadcasters including Matchroom.Live.

We’d like to take this opportunity to thank everyone at Harleyford Golf Club for their hospitality, hard work and presentation of the course over the last week.

Record breaking day at Harleyford as cut made