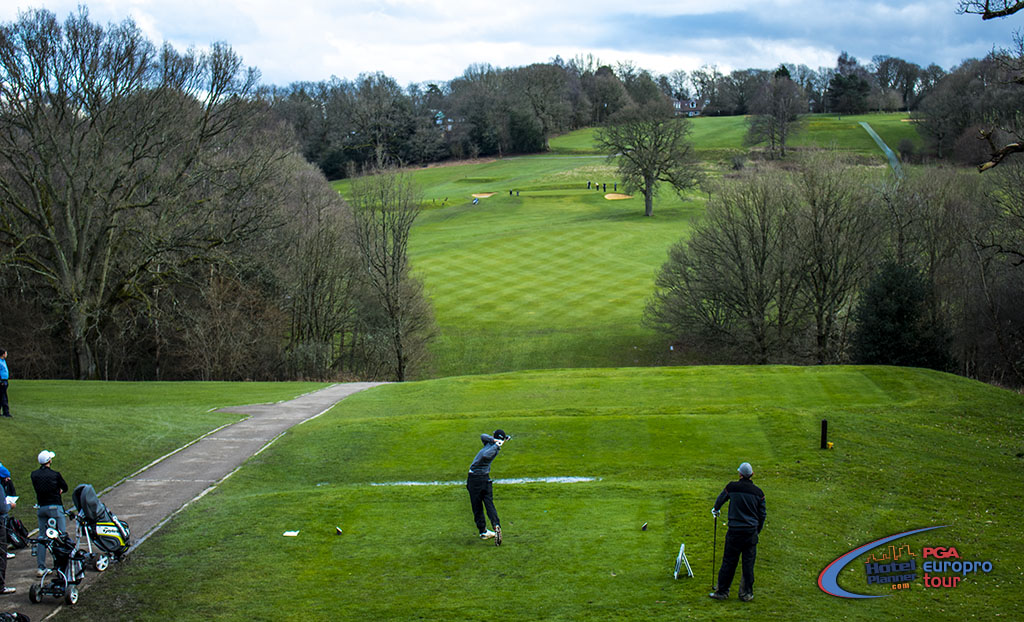 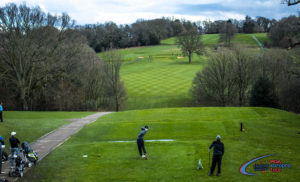 The HotelPlanner.com PGA EuroPro Tour Qualifying School started today (Wednesday, 28 March), across five venues in the UK, as more than 400 golfers took part in an attempt to reach the Final Stage of qualifying at Frilford Heath Golf Club.

Played over 36 holes, golfers are competing to move one step closer to gaining full playing rights on the UK’s number one golf tour and official satellite of the European Tour.

Lawrence Allan (Alva Golf Club) led the way on day one of Qualifying School, carding a bogey-free opening-round of 68 (-4) at Haggs Castle Golf Club. Three golfers in the form of Daniel Young (Kingsbarns), Jonathan Mullaney, and Oliver Roberts (Archfield Golf Club) sit one shot behind Allan after shooting rounds of 67. 19 players at this venue will qualify for next week’s Final Stage of qualifying in Oxfordshire.

Finland’s Teemu Bakker took the lead on day one at Caversham Heath Golf Club, the only golfer to shoot under par (71) at -2 to hold a two-shot lead. His closest rivals are amateur Ryan Brooks (Whittington Heath Golf Club) and Max Smith (Foxhills Golf Club) who both shot level par rounds of 73. 38 golfers from Caversham will qualify for Final Stage.

Oliver Carr (Heswall Golf Club) and Stuart Grehan are tied for the lead at Formby Hall after both shooting four-under par first rounds (68) which included an eagle on the par five 3rd hole for Carr, and a bogey-free round for Grehan.

Canadian amateur Callum Davison (Cowichan Golf & Country Club) sits two back tied for third after a first round 70; one which included eight birdies, as well as a bogey, double bogey, and triple. He is tied with Oliver Smith (Ashton on Mersey Golf Club) and Richard Mansell (Beau Desert GC), where 43 golfers will qualify for Frilford Heath.

Kenneth Ferrie, a three-time winner on the European Tour who also finished T6 at the US Open in 2006, recorded a one-under par (71) to sit tied sixth at Formby Hall heading into the final round.

Poor weather conditions forced play to be suspended at Caversham Heath, Mannings Heath, and Players Club with the latter two events now reduced to 18 holes, meaning round one is still in progress and to be completed tomorrow. No players have yet finished their round at Players Club but at Mannings Heath Marco Penge (Golf at Goodwood) leads the way on a stunning score of -7, bogey free with seven birdies, with 77 players still in the field. Elsewhere at Mannings Heath, Marcus Sewell (West Kent Golf Club) aced the par three 5th hole and is yet to complete his first round. 38 players from both venues will qualify for Final Stage.

First Stage qualifying concludes on Thursday, March 29 after which successful players will progress to play Final Stage at Frilford Heath Golf Club next week, where 240 players will play one round on each the Red and Blue Courses on Wednesday, April 4 and Thursday, April 5 before a cut to the leading 80 players and ties play a concluding 18 holes on the Blue Course on Friday, April 6.

Players are competing to earn the highest possible category on the 2018 HotelPlanner.com PGA EuroPro Tour. All those progressing to Final Stage will earn at least a category 14, with golfers making the Final Stage cut earning a minimum category 10 and the top 30 earning category 3.

Ones to Watch: Foxhills Club and Resort