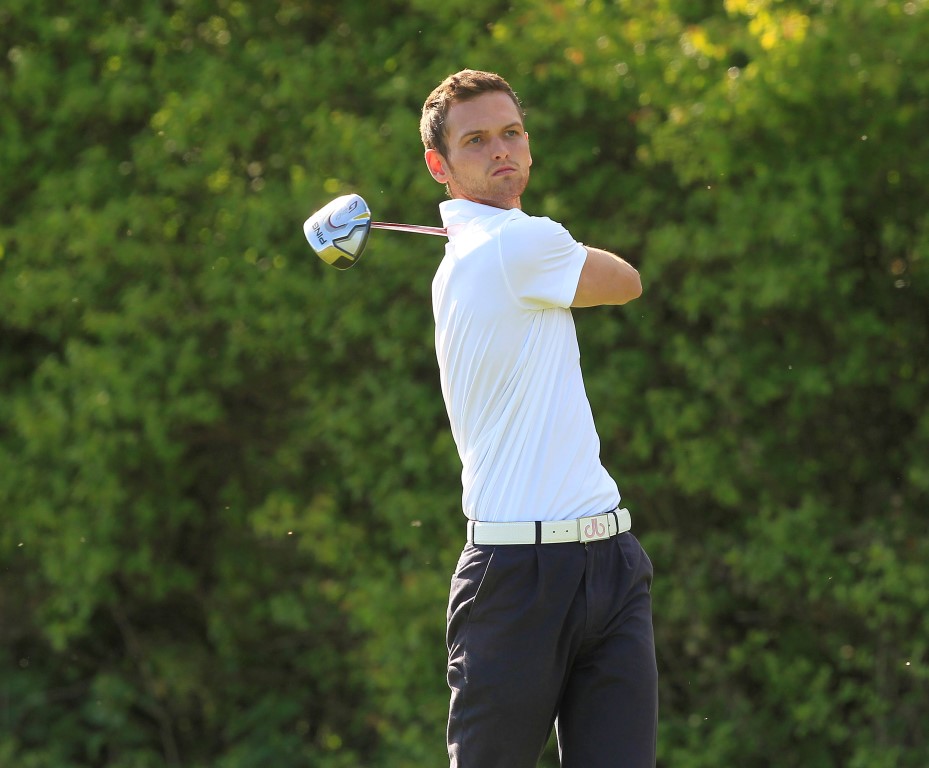 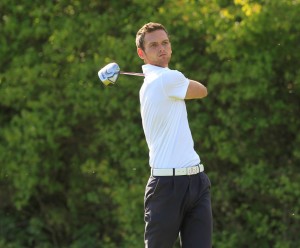 Daniel Gavins shot an outstanding nine-under-par 62 to lead the Wealth Design Invitational by two shots after the first round of the HotelPlanner.com PGA EuroPro Tour event at Hawkstone Park Golf Club in Shropshire.

The Yorkshireman is two clear of James Scade in second, while three golfers trail the leader by three.

Gavins (Walton Driving Range) graduated from the EuroPro to the Challenge Tour in 2013 but didn’t maintain full playing privileges. However, he is targeting an immediate return to Europe’s second-tier tour next summer.

His round of 62 consisted of nine birdies and nine pars and is the lowest score ever shot on Hawkstone’s Championship Course, which is usually a par 72 but is being played as a 71 for this event.

“I started with a par on the tenth, a par five, I got it close to the green, chipped up to no more than ten feet and missed it,” said Gavins. “After that I stayed patient and managed to make nine birdies.

“I like the course. The greens are lovely. There are a few tough holes, five is normally a par five but it is a tough par four this week. The tenth is a tough tee shot but there are scoring chances out there.

“I am going to try and get in the top five on the EuroPro this year. My card on the Challenge Tour isn’t getting me many starts so I will play as many of these as I can and go from there.”

Scade (Ingrebourne Links) was also unblemished as he negotiated the course in 64 strokes for seven under par. He went out from the 1st in 30 and came home with birdies at 13 and 16 for a round which was equal to the previous record – made with the course playing as a par-72 – but such was the class shown by Gavins he heads into the second round two back from the leader.

Michael Skelton, Darren Wright and Andrew Marshall are three back and share third on six under.

Skelton (Middlesbrough Golf Club) has enjoyed two top-ten finishes so far this season and got off to a flying start when he eagled the par-five 10th, his starting hole.

Wright (Golf at Goodwood) won at Burhill earlier this season and is looking to consolidate his place in the Race To Desert Springs top five. Marshall (Bawburgh Golf Club) also signed for a 65 as he played his first round without a bogey.

Spectator entry is free throughout the 54-hole event and a cut to the leading 50 players and ties will be made after 36 holes. Live scoring will be available at www.europrotour.com. The final round will be filmed for a two-hour highlights package which will air on Sky Sports on Tuesday, August 4.