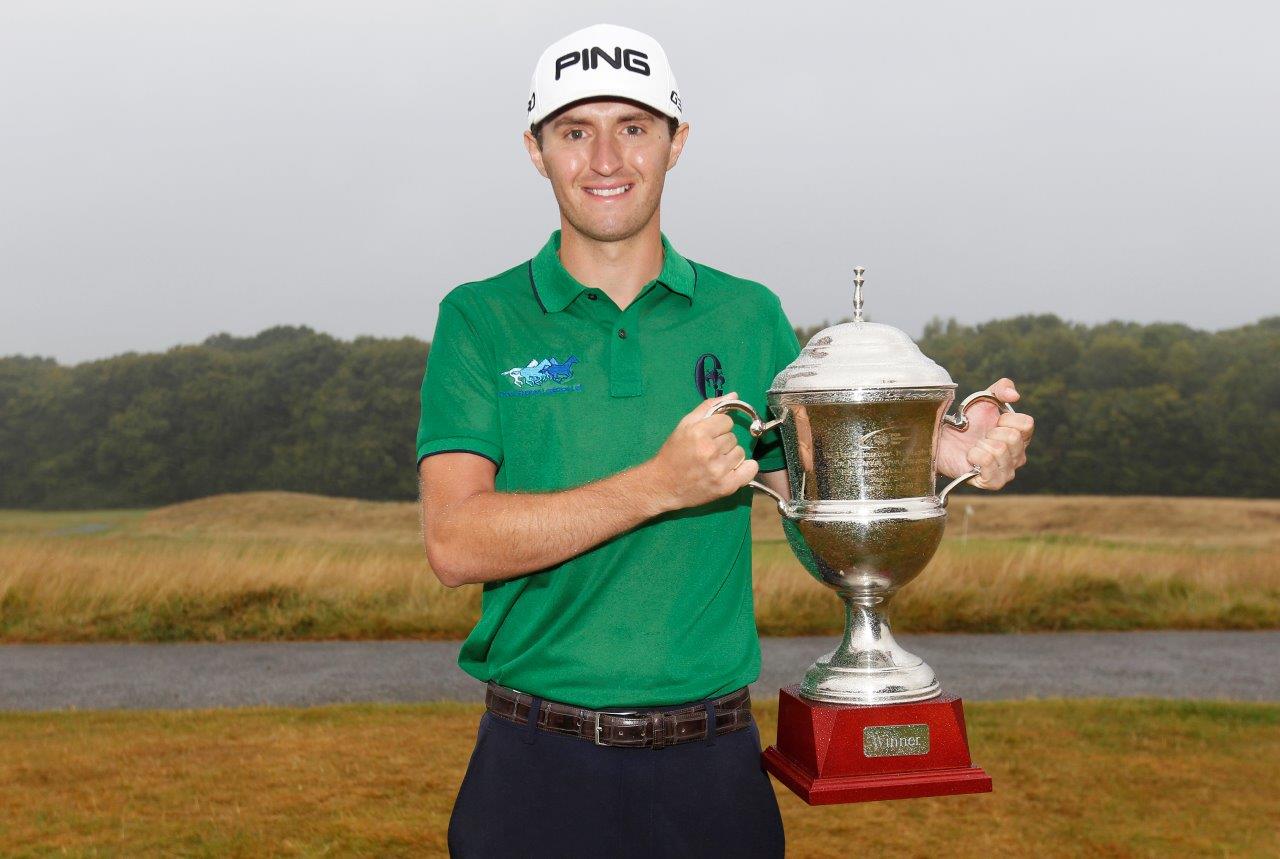 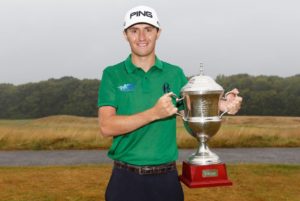 Chesters (Hawkstone Park; 67, 69, 69) benefited from some good fortune to remain one back at the 13th. His five-wood tee shot looked destined for the thick rough off the back of the green, but ricocheted off the front of a buggy and onto the relative safety of the green apron, from where he made par.

The lead, now -12, changed hands at the 17th when Chesters made birdie and Griffiths dropped a shot but there was still time for the Wentworth man to pull level when he parred the last, with Chesters making his first bogey of the tournament.

The outcome on 18 was the same on the first and only hole of the sudden-death play-off. Both took three to reach the green in the heavy rain that had arrived at East Sussex National as the leaders had played the 15th. But Griffiths managed to sink a 12-foot putt for the win, while Chesters’ similar-length effort failed to find the hole.

“When it first started to rain heavily it was bearable, but towards the end everything was soaked,” said Griffiths, who wins £10,000, a brand new Motocaddy S1 Lithium trolley, Bushnell Tour X Range Finder and Bolle Sunglasses.

“I made a silly mistake down 17 and then Ashley bogeyed the last. We both made a bit of a mess up on our tee shots in the play-off and I was able to hole a good putt to clinch it.

“Both putts on 18 [in regulation and in the play-off] were very straight so I was lucky I hit them both firmly and they went in.

“Winning gives me a great boost in confidence and on the Race To Desert Springs, I am chuffed, it is great to win.”

Griffiths’ win moves him up to fourth on the Race To Desert Springs Order of Merit, with four previous top ten finishes already this season.

Matthew Cort (Beedles Lake Golf Club; 73, 70, 65) strengthened his position at the top of the rankings with a third-place finished thanks largely to a seven-under-par final-round 65. The top five on the Race To Desert Springs at the end of season earn a category on the 2017 Challenge Tour.

Highlights of the Matchroom Sport Championship will be broadcast on Sky Sports on Tuesday, August 30. The HotelPlanner.com PGA EuroPro Tour continues with the FORE Business Championship at The Oxfordshire, next Wednesday-Friday August 24-26.