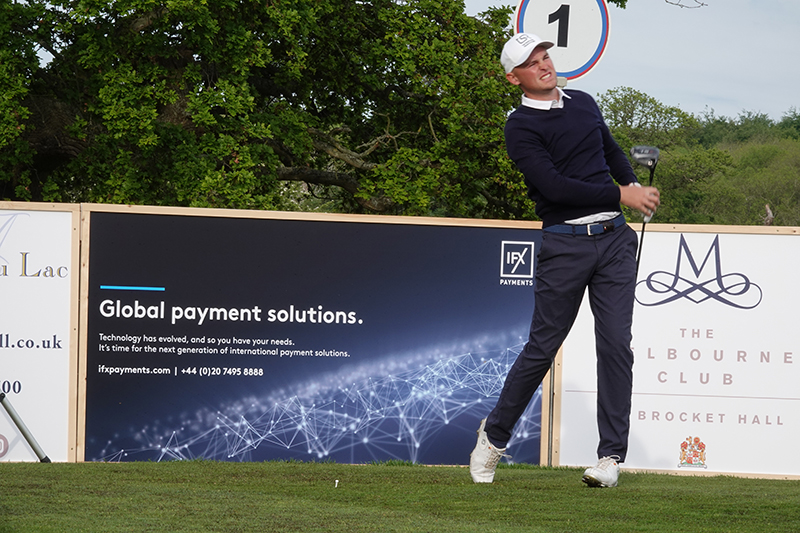 Ben Hall, TSR Recruitment, holds a one-shot lead going into the second round of The World Snooker Jessie May Championship at Donnington Grove after day one.

Hall had an unblemished round of 65 with seven birdies to stand one clear of Dongwon Kim (Team R&E) who posted a card of 66, six under in a round that also included seven birdies.

Luke Cornford, Cooden Beach Golf Club sits one back from Kim on five under after five birdies and an eagle.

Eleven players all recorded scores of three under, tied for fifth going into their second rounds. Notable rounds came from Harry Konig, Tiverton Golf Club Snug Earphones, with a clean card and three birdies. Tim Rice from Limerick Golf Club recovered from back to back bogies on the front nine to finish on three under.

Mike Bedford, Bramhall Park Golf Club, hit a hole in one on the seventeenth par 3 to finish his day one on under. Bedford spoke to the PGA EuroPro Tour after where he explained it was only his second ever hole in one in his career and the first one in ten years.

The second round of  The World Snooker Jessie May Championship at Harleyford Golf Club continues tomorrow (Thursday, 6, June) after which a cut to the leading 50 professionals and ties will be made.