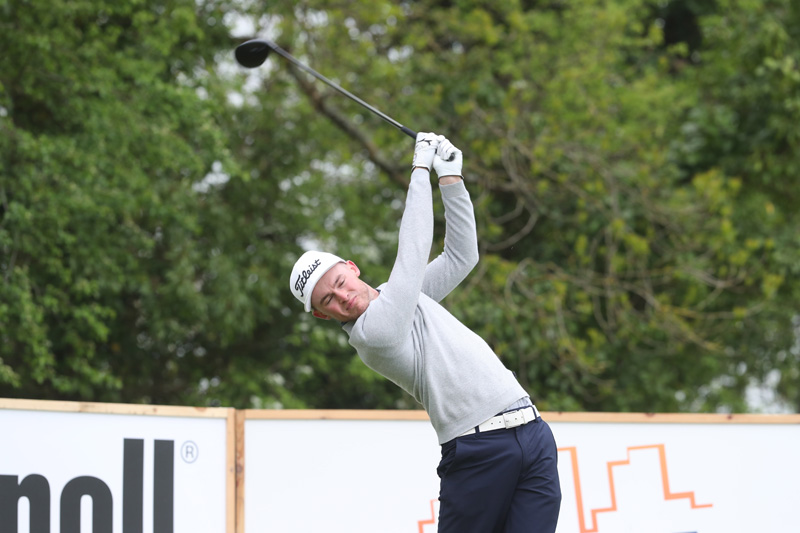 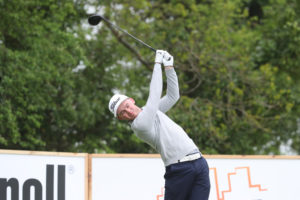 The second round was suspended due to heavy rain at 4pm after which play resumed at 5pm. The sunset at 7.30pm almost scuppered the chances of the second round finishing as planned.

Hall (Rushcliffe Golf Club) collected two birdies as well as an excellent eagle on 12 to edge the lead heading into the final day of play.

“I played much better today, including a bogey-less round and a chip-in eagle on the 12th.”: said the Leicestershire golfer, who lead after the first round.

He added: “I did have a few chances on 16 and 17 to go lower but hitting to within one foot on the last hole redeemed those missed opportunities. I didn’t try and think about where my scoring holes were today, I just went out there free willing and relaxed.”

On leading into the final round, Hall said: “It is new territory for me, but definitely an exciting experience. I think if I stick to my game plan as I’ve done all week I will be fine. A win on the EuroPro Tour would be great because I’ve struggled this year, and what better way to finish the season.”

Hall is closely followed by a trio of golfers in the form of Dermot McElroy (Ballymena Golf Club), Jonathan Caldwell (Clandeboye Golf Club), and James Adams (Druids Golf Club) who are all on seven-under par.

A cut to the leading 50 professionals and ties has now been made, with those two over par or better proceeding to the final round of the Clippers Logistics, after which the winner will take home £10,000 from a £50,000 prize fund.

Spectator entry is free of charge throughout and live scoring is available at www.europrotour.com. Highlights from the Clippers Logistics Championship at Moor Allerton Golf Club will air on Sky Sports Golf on Tuesday, September 26.