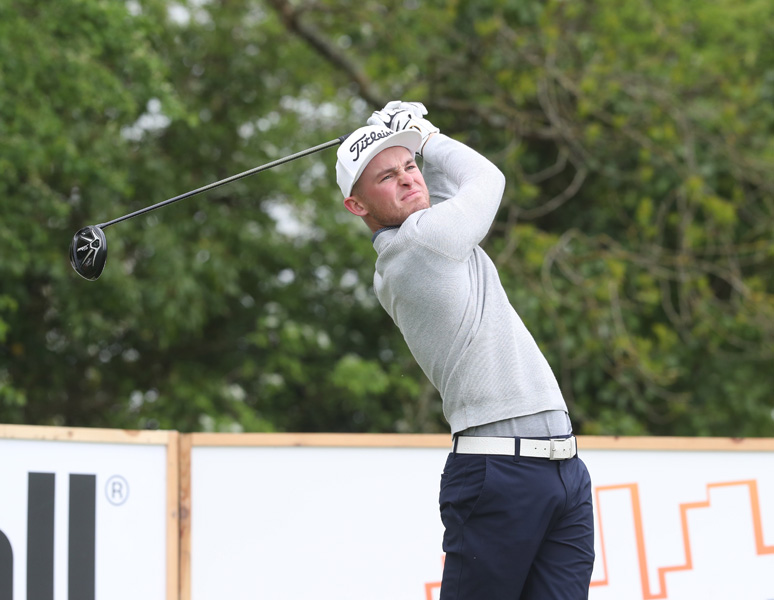 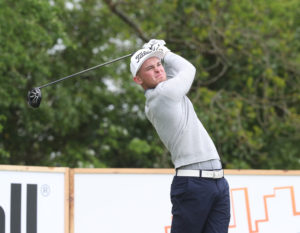 Hall (Rushcliffe Golf Club) collected two bogies and six birdies to hold the top spot heading into the second round.

The wind and rain had battered the Yorkshire course in the run up to the tournament, and whilst the rain faded, the high winds persisted into the first round of play. Just 14 golfers scored under-par rounds; with all hoping better conditions grace Moor Allerton tomorrow.

“I hit the ball nicely today especially my putting, and in the end, I was able to keep it together throughout my round.”: said Hall, who is hunting his first EuroPro win this season.

He added: “I’ve been struggling this season, but after a couple of weeks off I’ve had the chance to reflect and build my confidence up. What was key for me today was my shot management, I played percentages today and barely missed greens which gave me lots of opportunities to save pars.”

Jonathan Caldwell (Clandeboye Golf Club) carded a solid first 18 which included no bogies, a tremendous feat considering the conditions; he sits one shot behind Hall on three-under par.

“I played very well today in some very tough conditions, it was extremely cold and windy this morning.”: said Caldwell, who is searching for his second EuroPro title of the season.

He added: “I controlled my ball flight really well and made some good up and downs when I needed them. Tomorrow I will go out with the same game plan: try to hit fairways and greens and try not to drop too many shots. If I do that, then I will have a chance come Friday.”

Race To Amendoeira leader Chris Lloyd (The Kendleshire) managed to sneak one-under par (70) tied for eighth, and remains in contention for the lucrative four-win bonus of £250,000 with a win this week.

The Clippers Logistics Championship continues with the second round on Thursday (September 14), after which a cut to the leading 50 professionals and ties will be made. The final round takes place on Friday (September 15).

Spectator entry is free of charge throughout and live scoring is available at www.europrotour.com. Highlights from the Clippers Logistics Championship at Moor Allerton Golf Club will air on Sky Sports Golf on Tuesday, September 26.