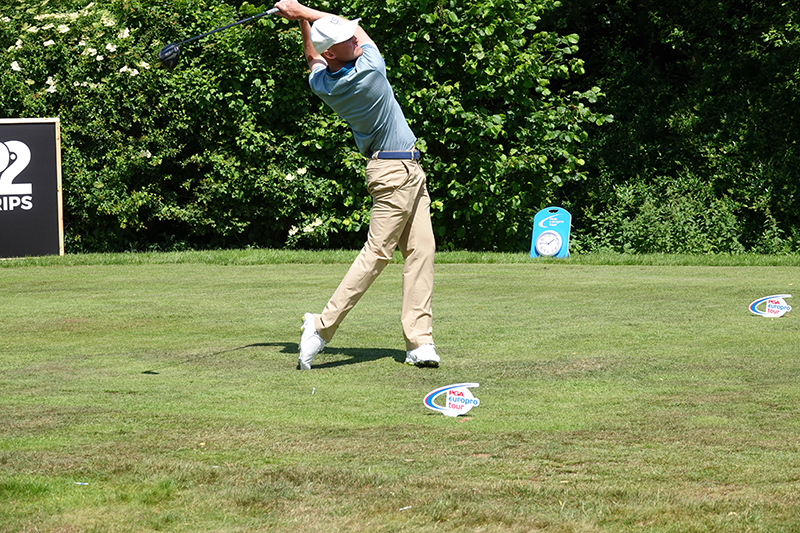 It was a familiar story on day two of The World Snooker Jessie May Championship with Ben Hall, TSR Recruitment, maintaining his one-shot overnight lead at Donnington Grove on the PGA EuroPro Tour.

On a day where the wind blew and the rain held off, Hall went out on his round in the early afternoon knowing he was still on top and that’s where he remained after shooting one over.

It did look like ten players would be tied at the top after Hall went double bogey, bogey before a birdie to finish one clear of eight on five under.

The eight on five under are:

Stewart posted a round of 67, five under to move up from his level par offering yesterday. The best round on the second day. Meanwhile, Dongwon Kim slipped to four under after going two over today and Harry Ellis went four under for the day to move above the cut line on three under.

The cut did look like it’d slip to one over late on but it remained at level par with 51 going through to the final round.

Day 3 and the final day of The World Snooker Jessie May Championship at Donnington Grove gets underway with the first tee times at 7 am. The weather could hold up play and cause problems though, with an estimated 6-8mm falling every hour from 4 am onwards.