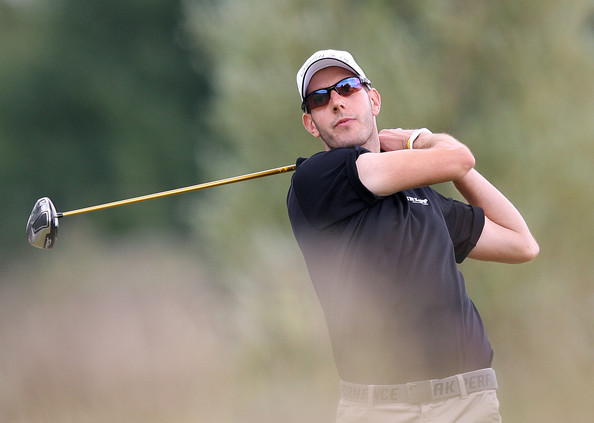 Kevin Harper leads the WPT Invitational by one stroke on four under par after the first round of the HotelPlanner.com PGA EuroPro Tour event at Prince’s Golf Club in Sandwich, Kent.

The Devon golfer is playing his first EuroPro tournament of the season after a disappointing 2013, but went out in 32 on the par-72 course. He briefly reached five under with a birdie at the sixth (his 15th) on the Shore and Dunes course.

Neil Fenwick (Dunbar Golf Club) and Scott Fallon (Lightning Packaging Supp Ltd) share second on three-under after opening with 69s in the 54-hole event, which carries a £40,000 prize fund with £10,000 for the winner.

With just two more events following this on the HotelPlanner.com PGA EuroPro Tour’s full schedule, all money earned is vital to add to the Race To El Gouna, from which the top 60 will play the Visit Egypt Tour Championship. At the conclusion of that event the top five on the Race To El Gouna will earn Challenge Tour cards for 2015.

“I got off to a really good start,” said Harper (Sidmouth Golf Club) of his 68. “I had the better side of the draw; my back nine was more favourable with the wind dropping. But when the weather was similar to the morning I went out in 32, so four under in the tougher conditions.

“The course is in superb condition and it is playing tough because the rough is up and that was the key today – I only missed one fairway and one green. I dropped a shot on my 17th, a three-putt from 20 feet. But otherwise I have putted solidly all day.

“This is my first event this year because I don’t really have any playing privileges. I played here in 2009 on the EuroPro and came sixth, so I have a good history at Prince’s.

“Last year I played full time but I completely changed my golf swing and for the first time ever tried to hit everything left to right and it was the worst year I had. This year I have gone back to hitting it more pronounced, right to left – my old game. This is the first round I have had on the EuroPro and it has gone well. I have played PGA regional events this summer until now.”

Spectator entry to the event is free throughout the week. Thursday’s final round will be filmed for a two-hour highlights package to be broadcast on Sky Sports HD on Tuesday, September 2. Live scoring can be found at www.europrotour.com.

Wright On Track At Prince’s