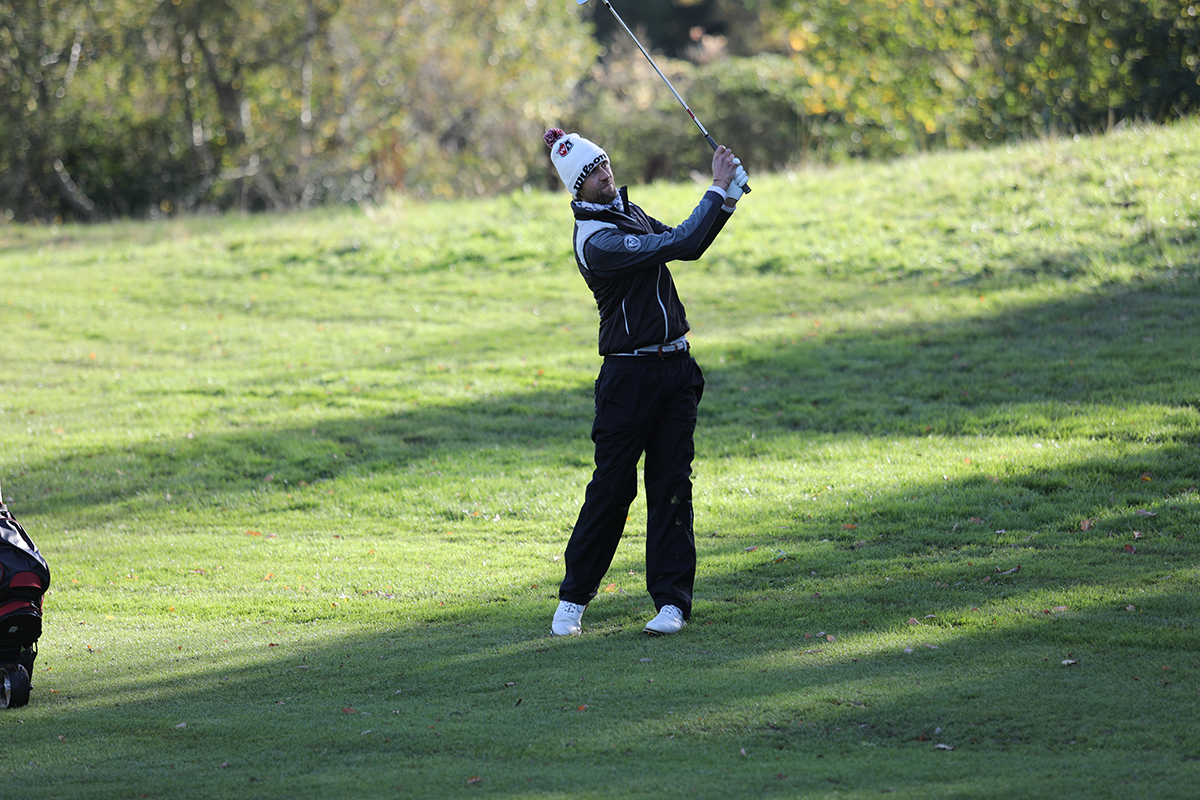 William Harrold will take a one-shot lead going into the final day of the 2021 season in The Matchroom Tour Championship at Slaley Hall in baltic conditions.

Harrold of Sheringham Golf Club shot a second round of 70 (-2) with an eagle at six the highlight recover from two earlier bogies to follow up on yesterday’s 68 (-4) to be one clear of Wednesday’s clubhouse leader Jack McDonald and Dan Brown (Romanby Golf Club).

McDonald (Kilmarnock Barassie) was level par on day two coming in for 38 with four bogies on the back nine as he struggled with the cold weather conditions making the course play it’s full length and every bit more. Brown meanwhile will be happy with his round of one under par to keep his in contention, if he was to finish where he starts tomorrow, it would secure a top-five spot on the order of merit.

Callum Farr had the round of the day for four under par to recover from an opening round of four over to move up to tied 12th alongside OOM leader Mitch Waite who had a mixed day shooting two under par but dropping two on his last hole after his ball hit the cart path and ended up in the water.

Slaley Hall has brought the best out of the players so far this week with only 16 managing to get it round under par in the second round and only 11 overall under for the whole week. The final day promises to be a grandstand finish to a nail-biting 2021 season.

OOM AS IT STANDS

WHAT’S ON THE LINE?

Currently leading the rankings by some distance is Mitch Waite with two wins and 12 cuts from 12 tournaments to his name this season whilst John Parry, Calum Fyfe, Will Enefer, and Dermot McElroy complete the current top five.

It’s not just the top five who will gain Challenge Tour status this season though, the next five players on the order of merit to a limit of 15th place, not otherwise exempt, from the final 2021 Order of Mert will get category 20 status.

Highlights from Tour Championship 2021 will air on Sky Sports Golf on November 2 at 20:00 and networks worldwide including DAZN from the same date.