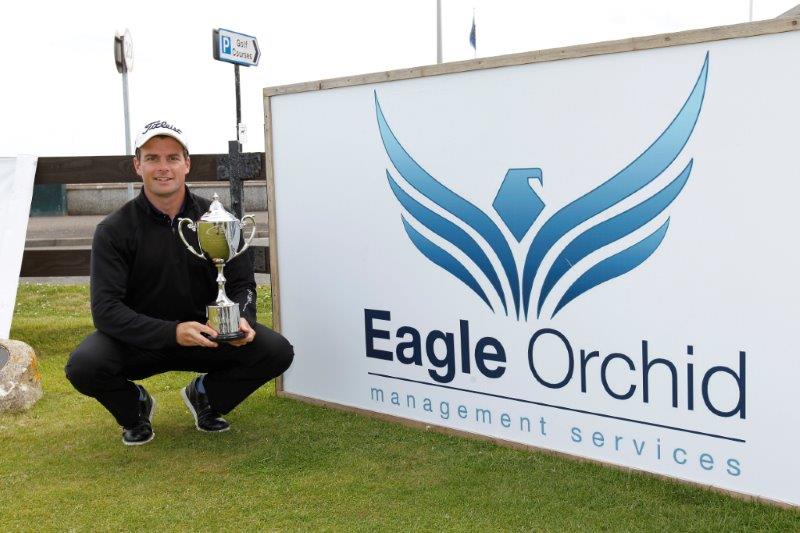 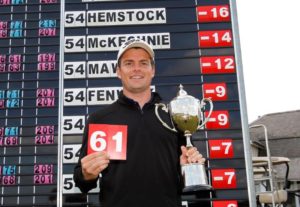 It is the Teignmouth man’s fourth EuroPro Tour title. He finished the tournament 16 under par, two clear of nearest challenger and playing partner Paul McKechnie (Braid Hills Golf Centre), who himself shot an eight under par final round.

They both started the day three back from overnight leader James Maw (Rockliffe Hall) but both went out in 31, Hemstock (Teignmouth Golf Club) with three birdies and an eagle at the 6th, McKechnie with five birdies. The pair never let their lead slip on the back nine. 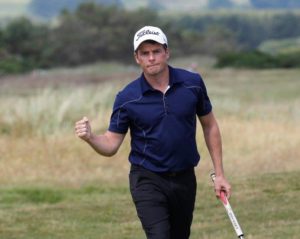 Hemstock broke one clear of his playing partner at 11 and both then birdied the par-three 12th. The 14th and 15th also saw both players make birdies and Hemstock moved two clear with a monstrous birdie putt at the 16th before both parred the last two.

Maw remained on their tail with three consecutive birdies from 13 but the Sheffield man’s challenge ended with a double bogey at the 16th, and he finished third on -12 with a final round 68, three under par on Montrose’s historic Medal Course.

Hemstock’s 61 beat a nine-year-old course record by one, and the 31-year-old says his tournament-winning round is a career best. 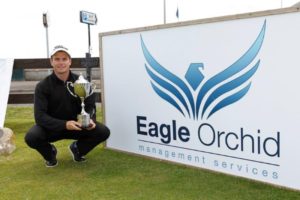 “When you are in that frame of mind you don’t really know what is going on so I kept on going out there and it feels awesome now.

“We had a nice flow to our round. Paul and I both made some birdies early on and I hit two two-irons into the first par five to about a foot and that was a tap-in eagle to get me to three under. Paul was also three under and we both had a nice thing going. It developed from there.

“I am not much of a leaderboard watcher but on the back of 15 I noticed my name was on the top of the leaderboard, so I knew I had a chance. I knew Paul was there with me so I felt it was just us two.

“Just to win is enough for me but to win in that style is great. My best before today was eight under so that is the best round of golf I have had.”

The HotelPlanner.com PGA EuroPro Tour stays in Scotland for the Motocaddy Masters at The Carrick on Loch Lomond, July 12-14.

Highlights of the Eagle Orchid Scottish Masters will air on Sky Sports on Tuesday, July 19.