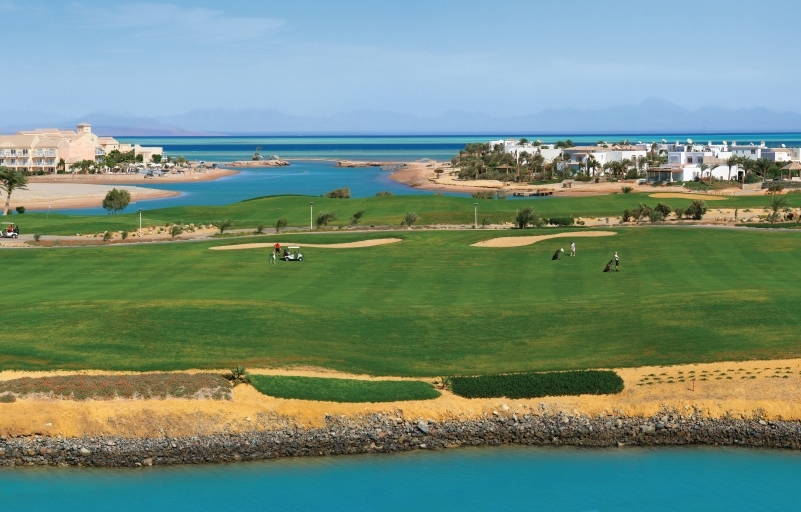 El Gouna is the premier holiday destination on the Red Sea and boasts the splendour of azure waters and a dramatic backdrop of mountains within the vibrant community of the self-contained town.

El Gouna’s Championship Course at Steigenberger Golf Resort will provided a spectacular location for the Visit Egypt Tour Championship, where players and spectators can feast their eyes on stunning mountains and endless sea views.

The Gene Bates and Fred Couples designed course is an artistic landscape of hidden bunkers, desert rough, lagoon features and stunning scenery and is built to challenge.

Ahead of the Visit Egypt Tour Championship the Tour’s Order of Merit will be renamed the Race To El Gouna. The top 60 golfers on the Race To El Gouna at the conclusion of the regular HotelPlanner.com PGA EuroPro Tour season will be invited to participate in the event, which carries a £60,000 prize fund with £15,000 for the winner.

The best players on Europe’s leading development tour will be competing to seal their place in the top five on the Race To El Gouna at the end of the event and earn themselves a Challenge Tour card for 2015.

“I travelled to the resort with our resident pro, the former PGA Tour and European Tour player turned expert pundit John Morgan. I knew then that this would be a great place to stage our Tour Championship.

“That has been achieved with the assistance of Orascom Development Holding, the Egypt State Tourist Office and Egypt Air, and we are all looking forward to a fitting end to another fantastic season on the HotelPlanner.com PGA EuroPro Tour.”

“Thanks to Egypt’s sunny climate and excellent golfing facilities, it is renowned as a golfing haven. To therefore host the Visit Egypt Tour Championship, the pinnacle tournament in the Race to El Gouna and tour calendar, is even more significant as we continue to promote the country as a sports tourism destination.”

Amin Serag, General Manager of El Gouna, added: “We are delighted to be hosting the Visit Egypt Tour Championship at the spectacular El Gouna Resort on the Red Sea.

“We look forward to welcoming the top players on the HotelPlanner.com PGA EuroPro Tour’s Race To El Gouna for the Visit Egypt Tour Championship and are excited to see how the deal with the challenging course at Steigenberger Golf Resort.”