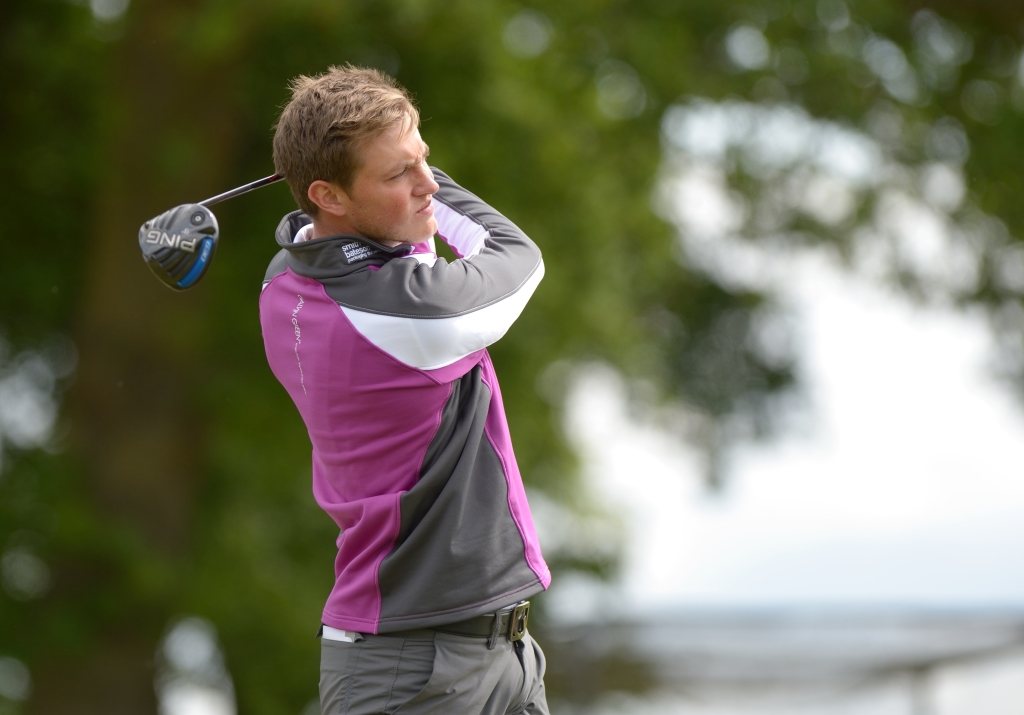 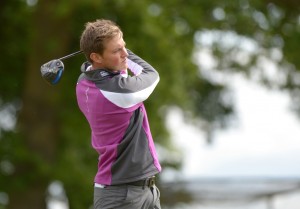 Paul Howard will take a one-stroke lead into the final round of the HotelPlanner.com PGA EuroPro Tour’s Paul Lawrie Foundation Granite City Classic at Newmachar Golf Club in Aberdeen as he searches for his first professional win, just four months after leaving the amateur game.

The former England international, who plays out of Southport & Ainsdale Golf Club, carded a second-round 66, six-under-par, to extend his 18-hole score from seven to 13 under with one round to play.

Ireland’s Simon Ward is second on 12-under-par after rounds of 65 and 67 on Newmachar’s Hawkshill Course. Mark Young (Clitheroe), who lead on nine under after the first round, is second on -11 with Gareth Wright (West Linton Golf Club) and Greig Hutcheon (Paul Lawrie Golf Centre) sharing fourth, three behind the leader.

Howard began his second round at the 10th and his first-round momentum was carried forward to Thursday with birdies at 11 and 13. He broke par again at 16 but bogeyed 17 before gaining that shot back with a three at 18.

He came home in 33 to sign for a second-round 66 and take his place at the top of the leaderboard.

“It’s hard not to like this course,” said Howard. “The greens are good, the fairways are perfect and if you hit the fairway you have a good chance.

“I turned pro in February, not that long ago really. I have played some Challenge Tour and this is my second EuroPro event. I haven’t won anything so hopefully I can change that this week. I had been away with the England team in January and February but felt I was ready to turn pro.

“Tomorrow’s game-plan will be the same as today’s. If you hit the fairways and give yourself a chance and get it pin high you aren’t far from the pin.”

The Paul Lawrie Foundation Granite City Classic carries a £50,000 prize fund with the winner taking home £10,000. A cut to the leading 50 players and ties has been made after 36 holes with those whose score is two-under-par or better proceeding to play Friday’s final round.

Spectator entry is free throughout the event, and live scoring can be found at www.europrotour.com. The final round will be filmed for a two-hour highlights package which will air on Sky Sports on Tuesday, July 14.