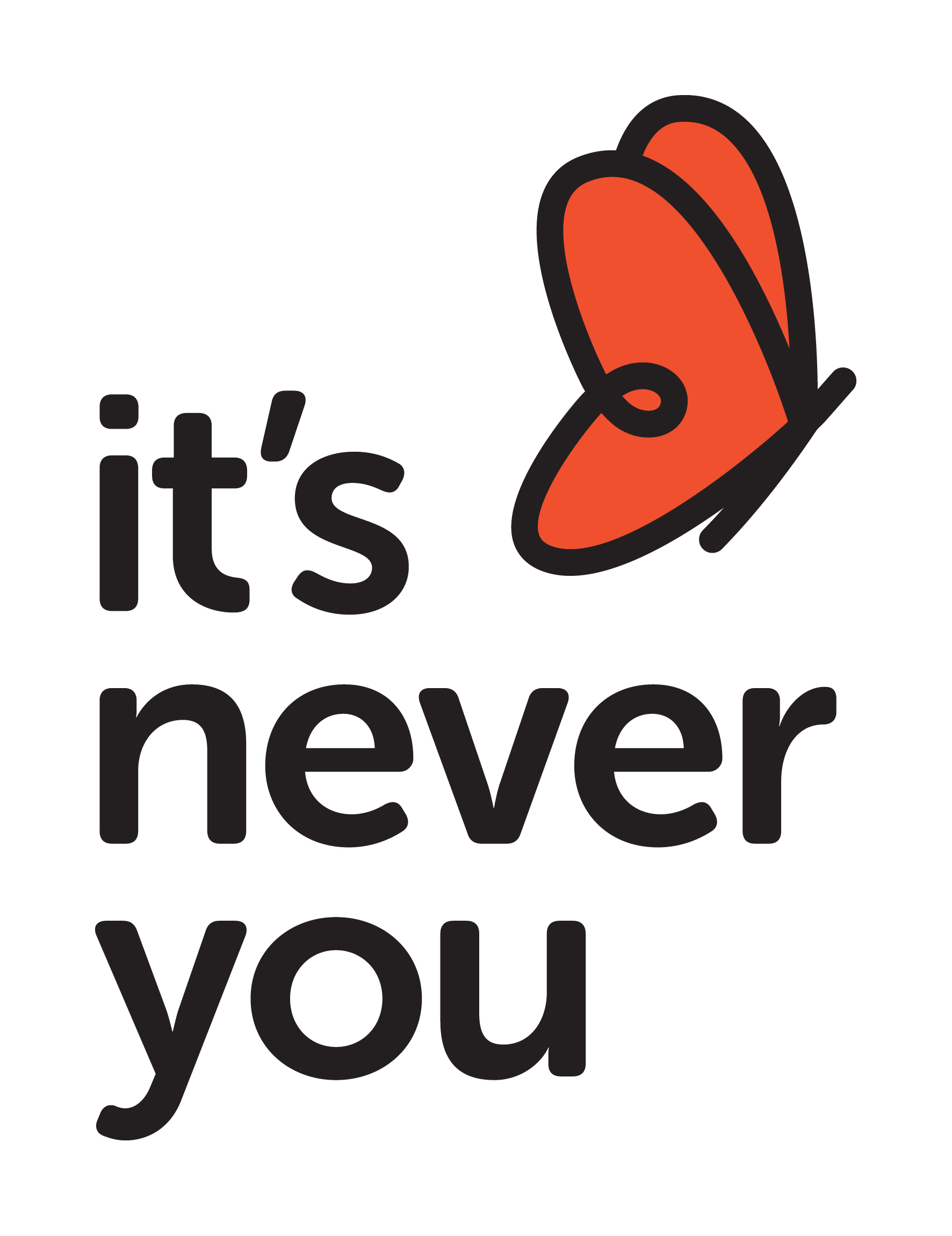 The month of October is typically an exciting one for children, with the thought of infinite trick-or-treat sweets dominating their mind. Streets around the globe are monopolised by costumes and chocolates on the 31st – an evening of pure delight, which showcases the joy and simplicity that epitomises childhood.

The build-up to Halloween was a particularly exciting time for children across England in 2020, as they began to gear up following the shelter of lockdown. For the Menai-Davis family, a devastating diagnosis clouded this excitement and set them on a path far away from merely seeking out free sweets – a path they never thought they’d venture down.

On the 23rd of October 2020, with Halloween just a mere week away, Hugh Menai-Davis was diagnosed with high-risk rhabdomyosarcoma, a highly aggressive cancer which targets the soft tissue. Hugh was just five years old.

The hospital formulated a treatment plan that included 26 weeks of intense chemotherapy, which was followed by 16 sessions of radiotherapy and 12 months of maintenance therapy.

Throughout the duration of his treatment, Hugh never displayed any signs of fear and refused to complain about the horrific situation he was in. On May 23rd, 2021, the main treatment was finished, and he would soon transition to 12 months of maintenance treatment. Hugh had proudly rung the bell, surrounded with an abundance of love and support from his mother, father and younger brother, Raife.

Hugh was able to enjoy the successive months, even going back to school for six weeks in June, but shortly after his sixth birthday, he fell ill once again. Hugh was fascinated with insects

“My son went through 10 months of treatment and unfortunately passed away 18 days after his 6th birthday,” Hugh’s dad, Ceri Menai-Davis, tells me. “We thought we were winning, but he had a sudden relapse and the sheer aggressiveness of Hugh’s cancer meant that the outlook was very bleak; he enjoyed his birthday which he had surrounded by loved ones, perhaps a little tired but enjoyed it nonetheless.”

Hugh had celebrated his 6th birthday on August 30th, 2021 – which just so happened to be the anniversary of his parents’ marriage. However, on September 8th, 2021, Ceri and his wife Frances were informed that hopes of a cure for Hugh had diminished.

Not only did Ceri and his family have to cope with such devastating news caused by a cancer that occurs in one in 60 million children, but like many parents, had to find the strength to carry on for their youngest son and for Hugh.

Sadly, on Saturday 18th September 2021 Hugh sadly passed away after a courageous battle with cancer for 10 months.

Ceri can remember each day vividly. The weight of such a loss is devoid of description, yet adding to the grief was a lack of support for them as parents – which would have been immensely helpful during this deeply traumatic time. “The way that the consultants spoke to my wife and I, with a distinct lack of empathy was shocking,” Ceri recalls, frustration melting off of his words. “The system did not provide for us – there was a lack of food, lack of mental health support and for some parents there was no substantial financial help – you are left in the hands of charities whose funding had been depleted due to the pandemic,” he revealed.

Of course, he is clear that the most important factor is that the child rightfully takes precedence, but the wellbeing of parents is fundamentally crucial – especially during such an upsetting journey. “It’s the oxygen mask syndrome: if you can’t put yours on, you can’t look after the person next to you. For a parent to care for their child they must be in a position where they are mentally stable and physically healthy.”

This distinct lack of empathy that Ceri and his family received lit a fire inside, which began to burn rapidly. Two days after the passing of his son, Ceri received a phone call from Hugh’s consultant, which lacked the compassion you would naturally expect. “He was quite cold. Following the end of that phone call, no-one else contacted me from the hospital to see if my family was coping.”

Ceri and his wife Frances had always known they would like to do something to help others– which was planned even when Hugh was undergoing treatment – but they weren’t quite sure what to target. Several weeks after Hugh’s passing, they began to brainstorm. “We wanted to centre it around something a doctor told my wife and I around the time Hugh got diagnosed,” Ceri admitted. “He said: ‘the consultant told us that this isn’t in the parent’s handbook’. My idea was to create the parent’s handbook.”

The fire that had begun to burn following their traumatic experience started to spread, and the idea for their charity was created – but a name and message was yet to be established. “It wasn’t until one day, my wife remembered a conversation we had when Hugh was first diagnosed, she remembered saying to me ‘you just don’t ever expect it to be you, it’s never you.” Hugh was the first child of Ceri and Frances

It’s Never You represents that unimaginable feeling of realising that you’re faced with a parent’s worst nightmare – having never expected to go through it. “Hugh was breastfed for 18 months, given everything he could have wanted, yet still got cancer and passed away – you’re either going to get lucky or you’re not,” Ceri confessed.

After Hugh had passed, no-one provided Ceri or Frances with advice on how they should tell his younger brother that Hugh was not coming home again. “We decided to tell Raife, who was three years old, that Hugh had become a beautiful butterfly and had flown away – but would always be with us.” Raife never loses of sight of the brotherly bond he had with Hugh and recalls him whenever he sees one. “The symbol of ‘It’s Never You” is an orange butterfly in flight – that’s Hugh,” said Ceri, proudly.

The Services of It’s Never You

Having been right in the centre of this dreadful and devastating journey, Ceri and Frances knew they wanted to make a difference to parents everywhere who were caring for children with cancer.

One leading asset of their charity is COCOON, a social networking platform that connects parents whose children have or had cancer. Allowing you to receive and share stories, advice and unconditional support from like-minded people who can truly understand what you’re going through, the site is exclusive for parents of children who have had cancer or have cancer, with restrictions in place to ensure only the right people are connected and no misinformation can be posted.

The couple want their charity to reach far beyond the networking site however, which is why they are in talks with several supermarkets to offer meal vouchers and more. “We are now speaking to several supermarkets to give vouchers to parents on our platform. We’ve also set about creating lifestyle vouchers, which can be used at over 120 stores – including Odeon cinema for days out of the house for respite.”

Perhaps the most important offering from “It’s Never You” is the ability to have a counselling session funded by the charity. After suffering with his own mental health following the passing of his six-year-old son, Ceri was in desperate need of help from a mental health professional but was told to wait 12 weeks by bereavement charities and the NHS. “We have partnered with Myndup and we will pay the first 30 minutes of a counselling sessions for any parent on our platform who might need help with their mental health.”

Considering how integral he is to his family, he simply couldn’t wait 3 months to be given help and instead dipped into his own finances. In a 9-month period, Ceri has spent a substantial amount of money on his own mental health – which has been imperative to his journey in coming to terms with the loss of his son. After being told by Hugh’s consultant to “be strong”, Ceri questioned what kind of sentence that even was. “Unfortunately, we felt that we should have been offered support from the moment they told us that Hugh was dying to this day, but charities are only created when someone feels like there should be a better way” Through the most devastating spell of his life, help has arrived. Whilst Ceri and his wife may have struggled endlessly with the loss of their son, they have ensured that help and assistance will never be too far away for those who follow.

If you know anyone who is experiencing something similar, please recommend “It’s Never You”. The charity can provide a safe haven for parents who are undertaking the hardest journey they can go on. We know the best support for parents during the treatment of their child is from those that have been through or going through it – peer support is huge and priceless.”

It’s Never You has been created from the most devastating of outcomes, but the soul and legacy of Hugh Menai-Davis lives on through It’s Never You.