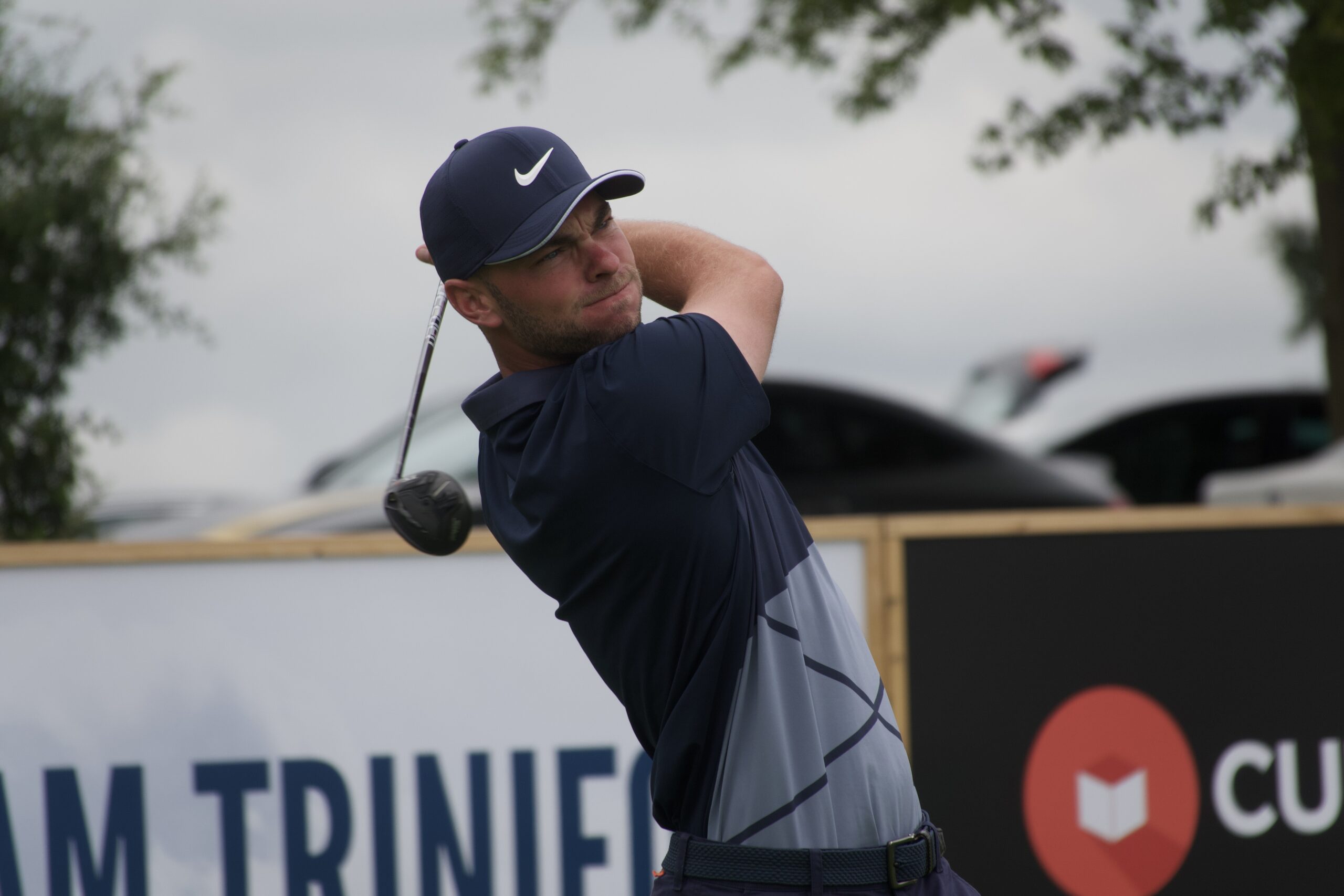 Jack Davidson will take a two-shot lead into the final round with him after two stupendous outings of 66 (-6).

Another frantic day on the PGA EuroPro Tour culminated in Davidson leading the field, but Pavan Sagoo has placed himself nicely following a course record score of 62 (-10).

We’ll start with the leader, who has enjoyed an excellent season so far.

Results of T7 – T17 – T45 and T14 this year should tell you everything you need to know about this consistent Welshman.

Davidson made the turn in 35 (-1) as a bogey weakened the two birdies picked up during the middle of the round.

His back nine was far more dramatic however, carding four birdies and an eagle, although another bogey reduced his overall lead.

Davidson will feature in the final group for the first time this season – and he’ll be accompanied by Nick Marsh.

Truth be told, we are running out of things to say about Marsh and his astonishing ability.

He played tremendously at Telford during the second event, but narrowly missed out as Josh Hilleard finished incredibly strong.

No one has more top 10s than Marsh this season (3) and he looks set to add yet another to that long and impressive list.

His first scoring hole was the 4th, where he played the par-5 in three to card eagle before adding a birdie at the following hole.

The back nine welcomed him with an unwanted bogey, but birdies at 12, 16 and 18 placed him in contention on the EuroPro Tour yet again. Dermot McElroy started his day with three birdies and an eagle

Dermot McElroy is the final member of the last group, and the Northern Irishman was on absolute fire this morning.

He kicked off his second round with three consecutive birdies before an eagle pushed him to five-under thru only four holes.

He would exchange a birdie for a bogey before finishing his opening half in 31 (-5).

Two further birdies on 10 and 16 resulted in a seven-under round, securing the latest tee time possible as a consequence.

Whilst Dan O’Loughlin is not in the closing group, he shares a tournament score of -10 alongside both McElroy and Marsh.

O’Loughlin finished in scintillating fashion, birdieing the final three holes to bolster his position on the leaderboard.

There are two players currently at nine-under for the tournament, Benjamin Jones and Pavan Sagoo.

No one in the history of Abridge Golf Club had played the 18 holes better than Sagoo, who is the new proud owner of the course record here.

A special shoutout to Benjamin Hallam, who bogeyed his 18th hole of the day to drop to nine-under – failing to match the course record!

Sagoo co-led after the opening round at Cumberwell Park, so he has been threatening this kind of silky display for quite some time.

Ten birdies and eight pars made up his scorecard; he has now given himself an excellent chance for a maiden PGA EuroPro Tour title. Jones had an exhilarating front nine, notching five birdies on his way to making the turn in 31 (-5).

He found difficulty during his latter half, with four bogeys overshadowing the three birdies acquired on 14, 16 and 18.

Nevertheless, Jones has been in scintillating fashion all season and an inaugural win must surely be around the corner.

Brandon Robinson Thompson is enjoying his strong start to the season with another great performance at Abridge.

A round of 66 (-6) has propelled him into T7, and he’ll know he stands an outside chance of victory tomorrow.

He shares that position with elite amateur Ratchanon Chantananuwat – who was crowned champion on the Asian Tour at the tender age of 15.

The event he championed was a mixed competition with the Ladies European Tour, and he became the youngest ever winner of an Official World Golf Ranking event.

The Thai player is actually carrying an injury with him this week, yet he still managed to overpower the course and card 66 (-6) during his second round.

If he can mirror his impressive performances, he looks set to record the best finish of an amateur on the EuroPro Tour this season.

There are 17 players within six strokes of the lead, but they may be reliant on the leaders suffering a stuttering day tomorrow.

A whopping 61 players progressed to Friday, with the cutline locked in at two-under.

Tomorrow is the final day of the PDC Golf Championship, and we will have extensive coverage throughout the third round.

We will see you at 08:00 tomorrow for the first tee and the leaders will kick off their chance of glory at 11:30.