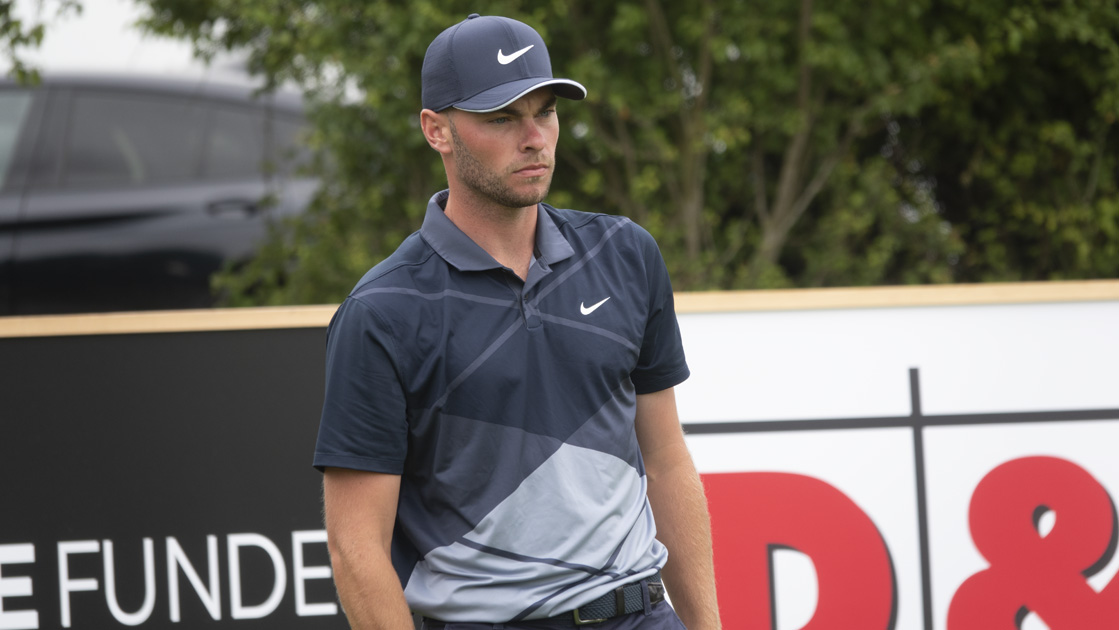 Jack Davidson matched his score of 64 from Wednesday’s first round to open a three-stroke lead heading into Friday’s finale.

Jack Davidson will enter the final round as the 36-hole leader for the second time during the 2022 PGA EuroPro Tour season.

After two rounds of golf, the Welsh magician has failed to drop a single shot during the tournament, which is simply unbelievable.

Six birdies and an eagle has created a decent advantage heading into the final round, but he’ll be fully aware that the work doesn’t start until tomorrow.

Nick Marsh had held the clubhouse lead for a significant amount of time following a fantastic round of 65 (-7).

He too enjoyed a blemish-free day, and he’ll be eager to slash the deficit he currently faces early into tomorrow’s final day.

Michael Stewart equalled Davidson’s score of 64, with the Scotsman displaying his class relentlessly throughout the year.

An eagle on his fourth hole of the day ignited a fine run of scoring, although it could have been better following a dropped shot at the 5th. All three of Marsh, Brooks and Stewart have been amongst the most consistent golfers throughout the entire campaign, but the sublime trio are missing that golden victory.

James Allan, David Hague and Paul Maddy are currently in T5 and six shots off the leader in Davidson.

Allan also shot 64 today – four golfers did – to give himself an outside chance of victory for the third time this year.

Brandon Robinson-Thompson, Jack Hawksby – another figure to score 64 – Sam Broadhurst and Jake Hapgood are tied for 7th and seven shots off the lead.

If James Allan hadn’t already secured his Challenge Tour card, there’s a strong chance that tomorrow should conclude with ultimate happiness for the Order of Merit leader.

The Englishman has demonstrated his scintillating ability several times this season, and another round in the low sixties is truly a testament to his incredible ability.

He failed to drop a single shot all day and Allan will be heading into the final round looking for a positive start.

Brandon Robinson-Thompson will be pleased with his second outing of 66 (-6), giving himself an unlikely chance of a second title.

Regardless of victory or not, Robinson-Thompson will be eager to earn every last penny available to him on Friday.

Ryan Brooks made it two rounds over par to miss only his second cut of the year at Machynys Peninsula Golf Club.

He’s currently positioned 4th in the Order of Merit, but he’ll know that a few more positive performances will be needed if he is to graduate from the 2022 season.

Nicholas Poppleton would have been delighted with the start he made to the tournament, but The QHotels Collection champion took a step backwards today.

A round of 73 (+1) isn’t too detrimental however, as he’s still within the cut line – although he’s on the number!

Following another day of unbelievable scoring, the cut line is at -3 and we lose 100 golfers consequently.

Due to two amateurs progressing to Friday – including Matt Millar who is currently T12 – 55 players have survived the chop.