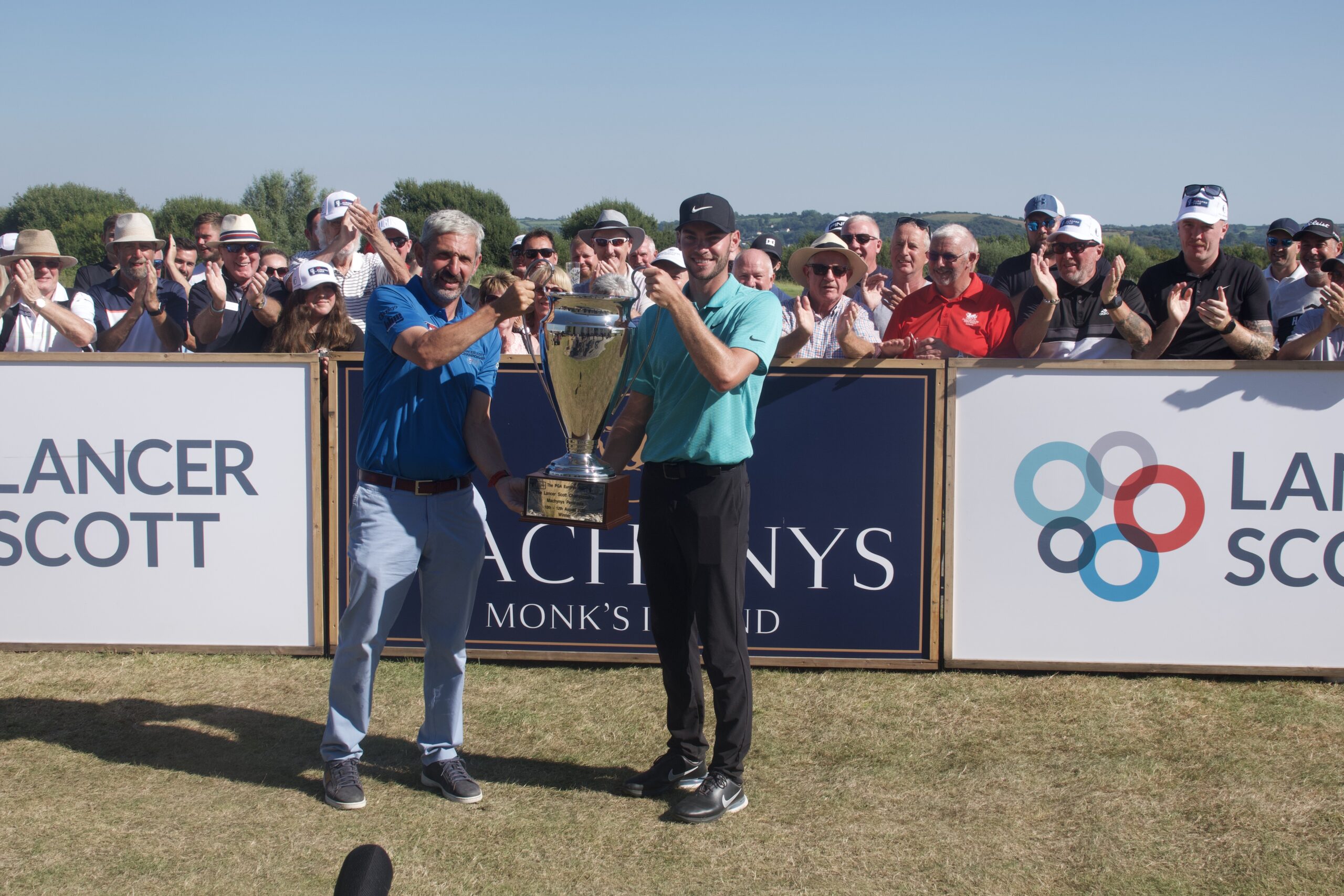 Welshman Jack Davidson produced a magical week to triumph at Machynys Peninsula Golf Club; the 25-year-old has jumped to fifth in the Order of Merit.

Winning a professional golf tournament is a prestigious accomplishment and conquering on home soil is all the more special.

As if triumphing wasn’t enough, Jack Davidson arguably produced the greatest three-round performance of the season – becoming the first wire-to-wire champion of the campaign.

When we caught up with Davidson only moments after his victory, he responded to our questioning: was this the biggest win of his career?

“Yes, it is. Especially at this point in my career – and I had a good amateur career – when I turned professional I had the lull of covid interrupt my early progress, so this win really means a lot.”

The highly impressive golfer started his tournament in blistering fashion, carding 64 through eight birdies and failing to drop a shot all day.

We’ve seen a fair few members post unfathomably low scores on day one, only to fade into the abyss as the tournament progresses around them.

When Davidson started his second outing at 13:46 on Thursday, Nick Marsh had raced away during the morning and posted an intimidating lead of five strokes.

The challenge was set, and the question lingered: could Davidson produce yet another moment of surrealness?

It should come as little surprise to discover that not only would he rise to the challenge, but he would do so emphatically.

Another round of 64 was his response, carding one eagle and six birdies as he proudly elongated his bogey-less run to 36 holes.

Davidson would take a three-shot lead into the final round with him as a consequence, although he had been in this position previously.

“I was naïve at Abridge and I kind of hoped that no-one would come for me; you can’t expect that with these guys, they come thick and fast – especially on the final day.

“Today, my game plan was to treat it as a one-day event and beat these guys not only in the tournament, but the round too.” The Welshman concluded his week in Essex with an even par showing, which allowed Pavan Sagoo to burst through the field for his inaugural victory.

This Friday, however, he was determined to start strongly – which is highlighted by reeling off three birdies from 2- 4.

Rather rapidly, the overnight leader of three strokes had extended his advantage to an unbelievable seven, and the outcome of this tournament quickly became predictable.

Nevertheless, the champion knew that any moment of weakness, a slight lapse in focus, would open the door for the field to attack, relentlessly.

“The guys on this tour are just so, so good. I shot two 64s and in any normal event you would expect to have a decent advantage, but three shots really isn’t a big lead when you’re playing against these guys.

“The standard we have on the EuroPro is excellent from start to finish and it’s just a credit to the tour.”

There weren’t any weaknesses in Davidson’s game all week, but he placed special praise on his putter, having recently become part of the Carbon Mac family.

“I’ve been putting well the last few weeks and the first two rounds I shot 64; today that was the main focus, making sure I hole putts early on and close the door on the rest of the field.

“I think I did that pretty well and it then became about posting a number, getting there and hoping no-one catches me.”

When reflecting on the magnitude of his maiden title, he was quick to admit that this is a monumental moment for his career.

“I think I go into the top 5 now, which is obviously huge. It relaxes you a little knowing that if I play tidy golf, I can sew up the top 5.

“I can then go to Q-School knowing I have a Challenge Tour card for next year; I’m hoping I can play well for the next four events and sew that up.” We can confirm that Davidson has catapulted into the top 5 in the Order of Merit, but he currently occupies the dangerous fifth position.

As expected, this triumph has altered his seasonal plan, but his newfound vision was in danger considering he pulled out of the following event only three days ago!

“I actually withdrew from Clandeboye on Tuesday because I had Q-School the following week.

“I just spoke to the Tournament Director and luckily I can get into Clandeboye because I had a top 10 result – I will definitely be playing the last four too.”

We would also like to extend our congratulations to Michael Stewart, who finished runner-up following an inspired round of 68 (-4).

The Scotsman fell three strokes short of The Lancer Scott Championship winner, but today’s performance has resulted in him moving to 8th in the Order of Merit.

James Allan was also in fine form, as he finished T3 alongside Joe Brooks and Nick Marsh.

We will be taking a short hiatus from touring, but the PGA EuroPro Tour will be back in action from August 24 at the beautiful Clandeboye Golf Club.

One final congratulations to Davidson, who has taken a gigantic leap in what looks set to be a glittering career.

What The Lancer Scott Championship Unearthed