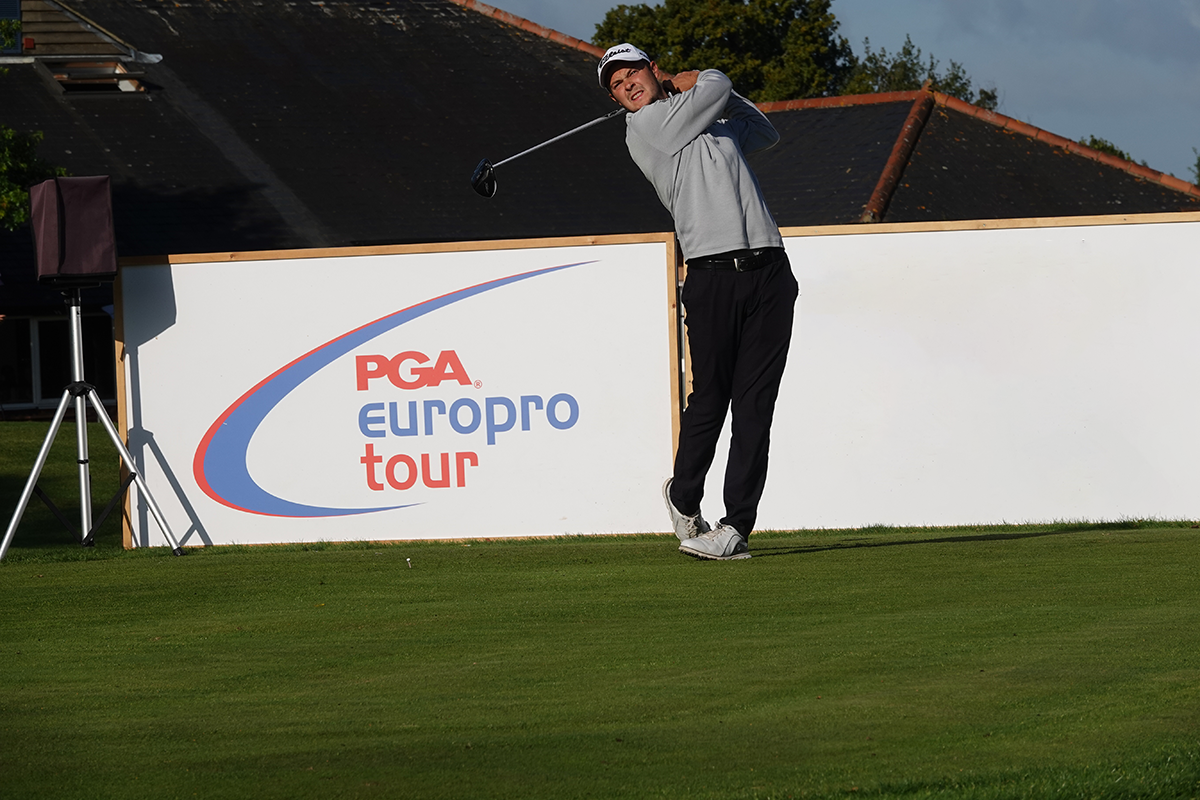 Jack McDonald has taken an early one-shot lead after the opening round of the season-ending Matchroom Tour Championship at Slaley Hall signing for a score of 67 for five under par on the Hunting Course.

McDonald of Kilmarnock (Barassie) had six birdies on the card that included going out for 34 whilst benefitting from a blemish-free back nine coming in for 33 with the Scotsman eyeing up a win that would seal a Challenge Tour card for the 2022 season. McDonald will begin his second round with his closet counterparts at four under in William Harrold and Curtis Knipes).

Harrold went out and in for 34 apiece to be in the final group come tomorrow morning. Knipes was four under through six but was halted at the par 4 ninth hole where he made bogey but recovered on the back nine where he made two further birdies before coming unstuck at the tricky 18th to be in the clubhouse for 67.

Wicks of Sedlescombe Golf Club made a quick start to his back nine* with a trio of birdies to help move him in the right direction whilst Brown put three birdies together in a blemish free back nine.

Slaley Hall has also announced The QHotels Collection Charity Challenge, which will take place throughout the four days of golf and will see money donated to charity with each birdie scored on the 15th hole, an extra bit of motivation for both the Tour players and the pro-am participants.

WHAT’S ON THE LINE?

Currently leading the rankings by some distance is Mitch Waite with two wins and 12 cuts from 12 tournaments to his name this season whilst John Parry, Calum Fyfe, Will Enefer, and Dermot McElroy complete the current top five.

It’s not just the top five who will gain Challenge Tour status this season though, the next five players on the order of merit to a limit of 15th place, not otherwise exempt, from the final 2021 Order of Mert will get category 20 status.

Highlights from Tour Championship 2021 will air on Sky Sports Golf on November 2 at 20:00 and networks worldwide including DAZN from the same date.