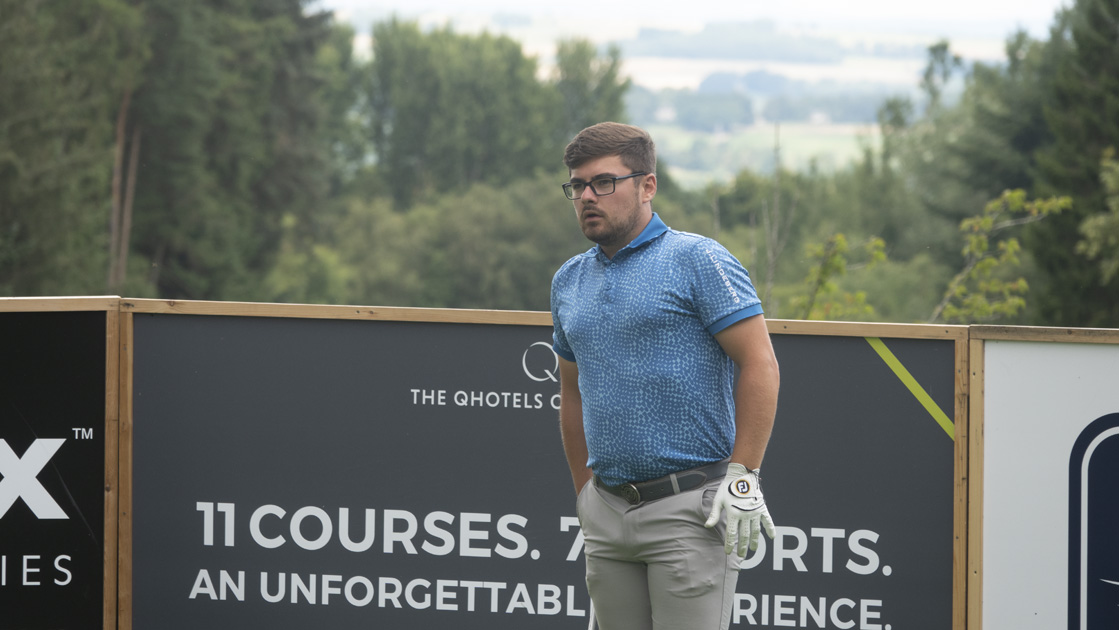 Jack Slater and Taylor Carter both shot rounds of 65 (-7) to propel themselves into the lead after the opening day of The Dell Technologies Championship at Mannings Heath Golf & Wine Estate.

A warm day in Sussex has resulted in low scoring, with two leading the way following tremendous knocks of 65.

Jack Slater was a member of the first group of the day, and he evidently took advantage of having a clear course ahead of him.

A bogey-free morning was further enhanced through a collection of seven birdies, as the Englishman could not put a foot wrong.

He’s joined alongside Taylor Carter, who has been consistent throughout the campaign – highlighted by the fact he has only missed one cut all season.

Carter produced a colourful card that included eight birdies, an eagle, one bogey and a double!

Four are tied for 3rd, with Nicholas Poppleton – last week’s winner – George Baylis, Brandon Robinson-Thompson and Will Poole all shooting 66 (-6).

There are six players tied for 7th and all will be looking for an early charge during the second round. Taylor Carter is in the co-lead after 18 holes

Jamie Dick, Daniel O’Loughlin, Paul Maddy, Ben Jones, Pavan Sagoo and Michael Stewart will be delighted with the starts they made after carding 67 (-5).

Remarkably, 76 members of the field are under par for the tournament, and it is looking increasingly likely that the cut could extend to -3.

As we are slowly heading towards the climax of the season, the standings of the Order of Merit have never been more relevant – or important!

Dermot McElroy still tops the seasonal leaderboard, despite not featuring in the previous three events including this week.

Robinson-Thompson currently sits in second and he will be ecstatic with the start he’s made to this tournament following a classy 66.

The Englishman finished runner-up in the Pro-Am on Tuesday, so it’s safe to say he’s a fan of the Waterfall routing.

James Allan, who is third in the OoM, also kicked off his tournament fantastically – scoring 68 (-4) despite three bogeys and a double!

The manner in which he concluded his afternoon will please him, finishing eagle – birdie to reignite his title hopes.

Ryan Brooks (-2) is another member of the OoM top 5, and he too will be content with his opening day’s work.

He may be five shots off the lead, but the Tamworth-based golfer has demonstrated his brute power and scoring capabilities in the past, and he will look to lean on his unique skillset again tomorrow.

Finally, Sagoo is currently positioned 5th in the Order of Merit and he looks set to have another emphatic week on the PGA EuroPro Tour.

Sagoo carded 67 (-5) after five birdies, an eagle and two bogeys.

If the PDC Golf Championship winner can keep those bogeys off his card tomorrow, he can go seriously low.

Day two kicks off at 06:30 tomorrow morning and we look forward to keeping you updated throughout the entire day’s action.

Make sure you are following our Instagram or Facebook pages for continuous updates of the second day.