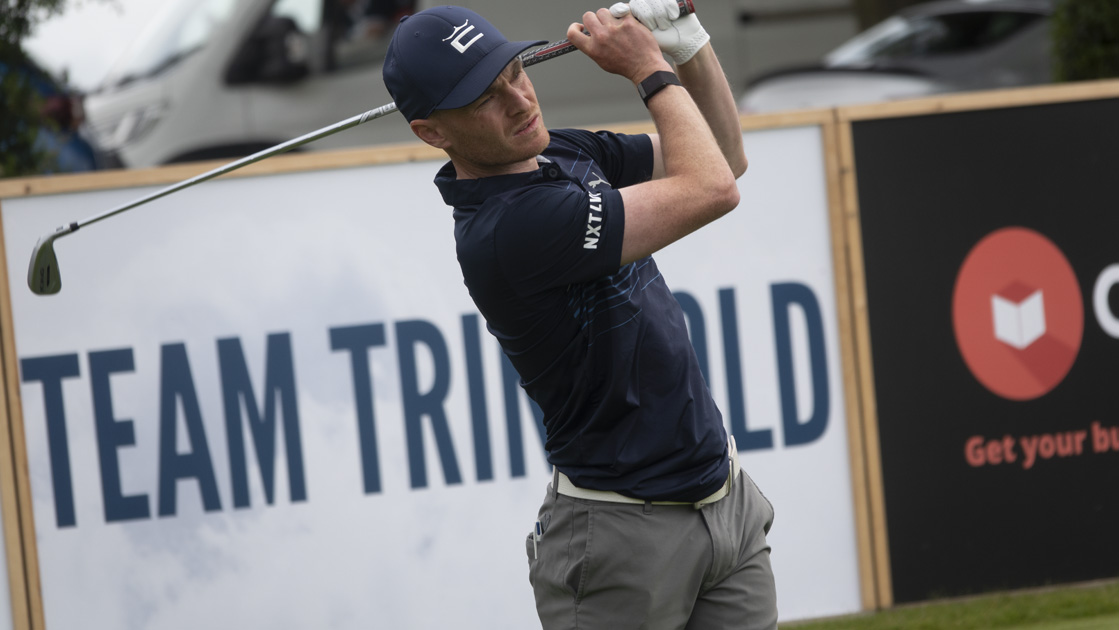 Jack South marked his return to the scene of his 59 by posting 61 (-9) to lead the field by a remarkable three shots.

Jack South will be overjoyed with his performance today, having played his last two competitive rounds around Leven Links at an unbelievable -20.

Starting from the 10th tee, he reeled off three consecutive birdies before adding another to the collection at 14.

A dropped shot – and his only blemish of the day – followed at 15, before he responded perfectly with another birdie at 16.

A hole-out eagle was a nice introduction to the back nine, before birdies at 3, 5 and 9 truly put the icing on the cake.

Brandon Robinson-Thompson held the lead for a large proportion of the day, but he was surpassed by South as the afternoon unravelled.

There is a cluster of golfers at -5 for the tournament, and they include Jack Clarkson, Taylor Carter, Matthew Hibbs, David Langley, Michael Stewart, Ryan Cornfield & Jack Hawksby.

Leven Links produced good scoring opportunities throughout the entirety of the day, amply reflected in the fact that 90 players have managed to break par.

Considering the volume of players in the red, we could experience the lowest cut of the year after Thursday’s action.

Current leader in the Order of Merit, James Allan, started his tournament with a score of 67 (-3).

He’s currently positioned T23 for the season, but we must remember that he has already secured his Challenge Tour card.

Dermot McElroy, who is the closest player to Allan in the seasonal leaderboard, has matched the leader’s score of 67.

Brandon Robinson-Thompson, on the other hand, has laid a claim for this championship – which would subsequently see him progress to the Challenge Tour.

The 30-year-old was magnificent throughout the day, having seen further opportunities for birdie burn the edges.

Michael Stewart, who entered the top 5 of the OoM for the first-time last week, has made another positive start on the EuroPro.

The Scotsman shot 65 (-5) to remain in the hunt for his first title of the season, which is unfathomable to say the least.

Ryan Brooks will need to score well tomorrow if he is to progress past the cut following an opening round of 69 (-1).

The Englishman was brilliant during the first day of the Spey Valley Championship, but he’ll need more performances of the same ilk if he is to graduate.

Paul Maddy’s 67 (-3) places him nicely for another strong result, having finished in the top 7 during all four previous events.

Jack Davidson is the sole Welshman to be situated in the top 10 of the OoM, and a score of 68 (-2) has enabled him to start confidently.

Davidson was crowned champion on home soil in August, but like so many others, another strong display will be needed if he is to secure Challenge Tour status.

Finally, Pavan Sagoo is 8th in the Order of Merit and he is set to post another strong result this week.

Sagoo hasn’t finished in the top 10 of a tournament since July, but the quality he possesses can bring an end to that streak rapidly.

The second round of The Eagle Orchid Scottish Masters will begin at 07:30 Thursday morning.

Considering this is the penultimate event of the regular season, tomorrow will be a defining day for a plethora of golfers.