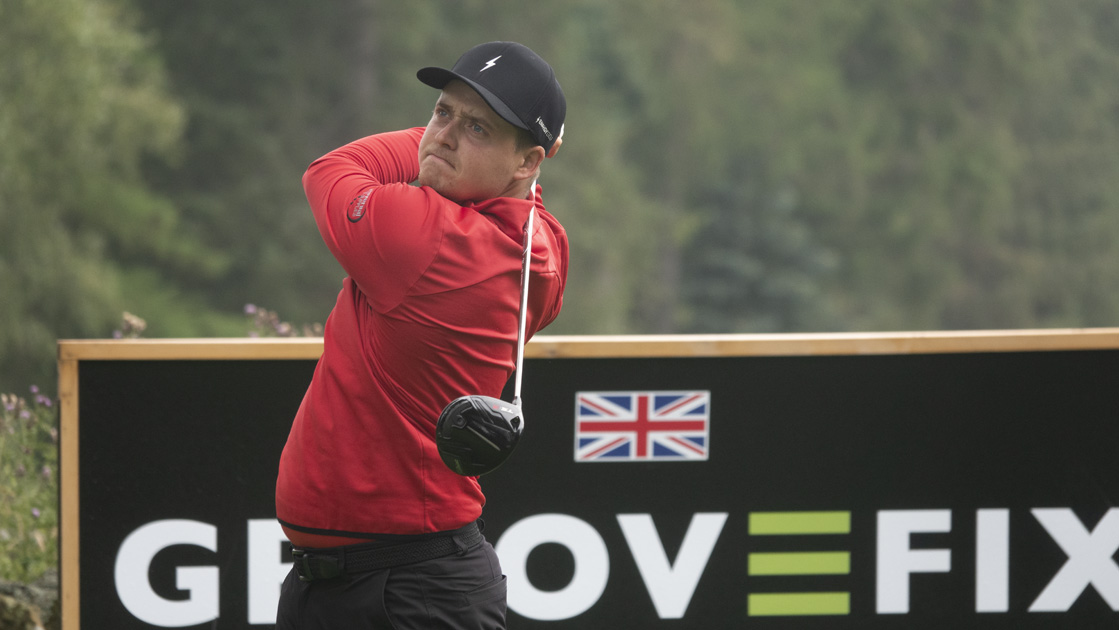 James Allan’s sublime afternoon has issued him an opportunity of becoming the first multi-champion of the 2022 season.

James Allan would have been delighted with his opening round score of 68 (-4), but today’s 63 (-9) if of the highest quality.

There was legitimate concern that Allan may have peaked too early in the season, but his last few outings has put any doubt firmly to bed.

The Englishman enjoyed a bogey-free round that featured two eagles – one at the 1st and the second at the par-5 13th.

Jack Slater is his closest competitor and he looked destined to hold the overnight lead for a second successive evening, but Allan’s brilliance quickly brought a halt to that.

Slater dropped to -9 with two holes to play, but an explosive birdie – birdie finish ensured he would be a member of the final group tomorrow.

Pavan Sagoo’s 67 means that he has forced himself into the last group, where two members of the three have been crowned champion during the 2022 season. Sagoo recovered expertly from a mid-round triple bogey, and he could have been in prime position if it wasn’t for that costly hole.

This tournament is far from predictable – despite the advantage of the leading trio – as two players are at -9 for the tournament and a further nine sat at -8.

Tomorrow could be the most integral day of the current season, as both Allan and Sagoo could record their second victories of the campaign.

The duo will tee it up together and Allan holds a three-stroke advantage over his promotion-chasing rival.

Brooks mirrored his score from yesterday with another round of 70 (-2), and it is safe to say that he is it not in contention for this title.

However, the Englishman is playing for precious Order of Merit money, and a strong round tomorrow can seriously bolster his chances of gaining Challenge Tour status.

Brandon Robinson-Thompson failed to build on his overnight 66 (-6), but another round in the red gives him an outside chance at glory.

Nevertheless, he will be in the hunt for every single penny available to him tomorrow – and there will be plenty!

Curtis Knipes – a member of the third final group of the day – eagled the 17th hole to knock ten golfers out and move the cut to -3.

As a consequence of this, Friday’s third round will start at 08:00.

The leading trio will depart the first tee at 11:00; we are forecasting a 4 pm finish to conclude this fascinating tournament.

Please make sure you are following our Facebook or Instagram page for extensive coverage throughout Friday’s action.