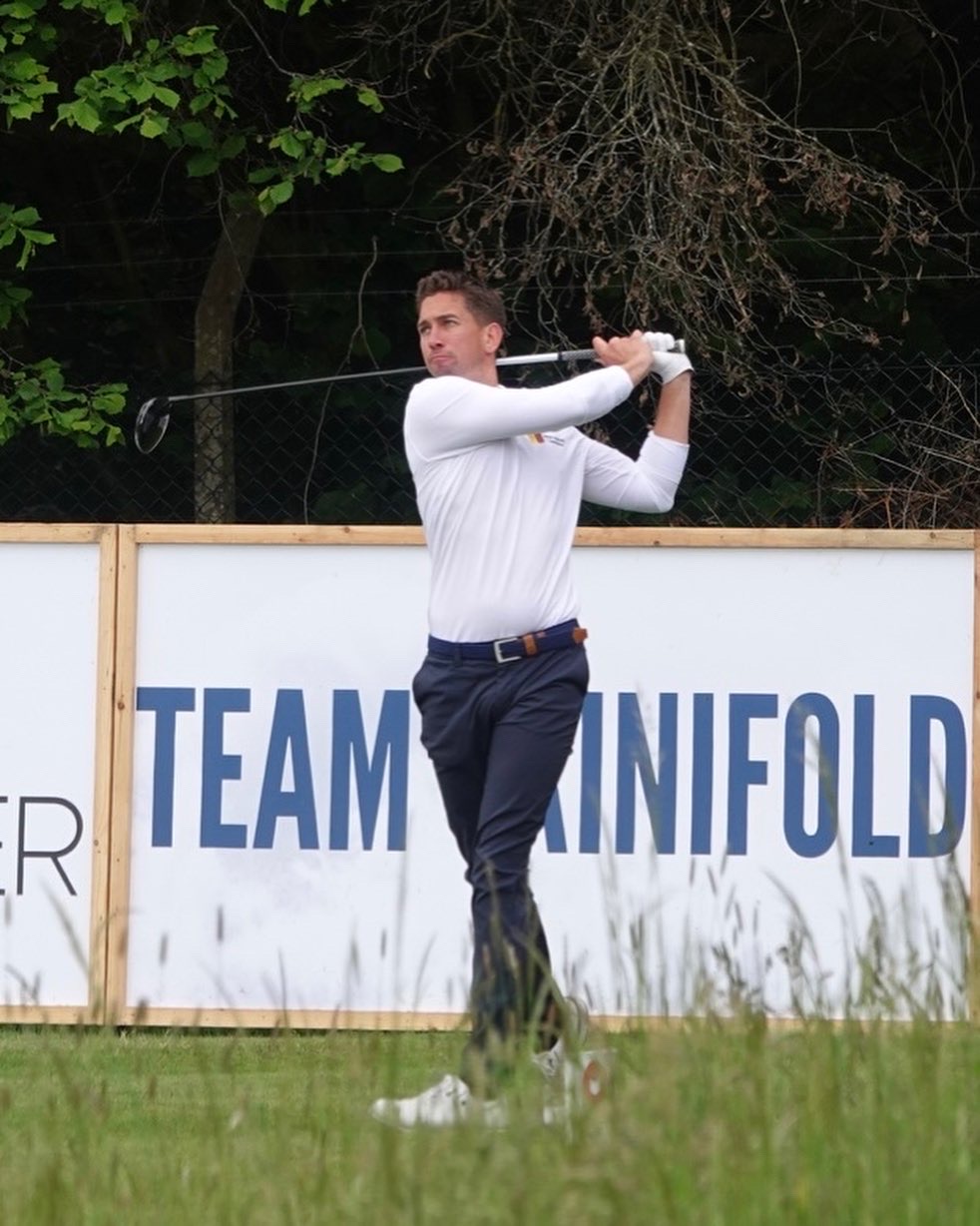 There may have been limited rainfall at Harleyford Golf Club, but ferocious winds played havoc for the afternoon group.

There was one sublime performance from the latter half however, as James Allan powered his way into the lead after a phenomenal 64 that included nine birdies and one bogey.

Allan had played brilliantly on the opening day, carding 67 in tricky conditions, and he now has a lead to defend – albeit one-stroke.

The good news for Allan is that he’ll be in the final group for Friday’s finale, but the bad news is that he shares that pairing with Will Enefer.

Enefer matched his 66 from Thursday with another excellent outing, topping the leaderboard comfortably as he finished his round shortly before midday.

This is far from a two-horse race however, with Benjamin Jones just one-shot back from Enefer and two off the pace-setter Allan.

Jones opened with a birdie before adding three more on the front nine – and he made the turn in tremendous fashion.

The par-5 10th has been gettable all week, with six eagles recorded, and Jones was one of those players.

He concluded his second round in disappointing fashion though, recording bogey on the par-4 18th to drop a shot and out of the co-lead at the time.

Despite the top three carding eight-under, six-under and seven-under, it wasn’t enough for the lowest round of the day.

Ashley Mansell, who represents Clevedon Golf Club, shot the lowest round of the season so far as he carded a remarkable 62.

He opened up with consecutive birdies before notching four more across his first nine holes.

From there, four further birdies were secured, and he failed to drop a single shot all day – which was mightily impressive considering the strength of the wind.

Mansell started his tournament at even-par, but he believes his wedges were the difference as he almost matched the course record of 61.

“I didn’t hit it very well yesterday, but I still managed to get it around. I knew I just had to hit my wedges closer and be more specific with my landing spots – which is something I did.

“The course isn’t overly long but with it being dry and bouncy, you need to be dialled with your wedges. I also saved par a couple of times and sunk a few four footers, which is always important.”

When quizzed about his chances of winning the Cubefunder Shootout on Friday, Mansell is determined to have some fun and not apply too much pressure on himself.

“I’ll just go out and enjoy it. I’ve been in this position a few times over the last couple of years and I know what I expect of myself, so I’ve got to go out there and play the best I can.”

Matty Lamb occupies fifth place and he is only three shots off the pace following a great 68 during the poorer conditions. Lamb has now strung together two excellent rounds and if he can keep this incredible standard throughout the season, he’ll certainly be a name to watch out for.

Joe Dean is on seven-under and will be hoping for a few quick birdies tomorrow morning.

The golfer, who represents Worksop Golf Club, posted a three-under 69 today, which supported his 68 from Thursday.

There is a six-way tie for 7th, as Thomas Plumb, Nick Cunningham. Billy Spooner, Austin Bautista, Daniel Brown and Jack Davidson are five-under thru 36 holes.

Bautista shot the lowest round of the bunch, carding five-under to propel himself up the leaderboard and prepare for a charge on those above him.

Tomorrow is the final day of the Cubefunder Shootout and with four players within four strokes of the lead, an array of scenarios can take place.

The final few hours of the tournament will be broadcasted live on our Twitter, LinkedIn, Facebook, YouTube and TikTok account – so make sure you set your alarms for what looks set to be a grandstand finale.