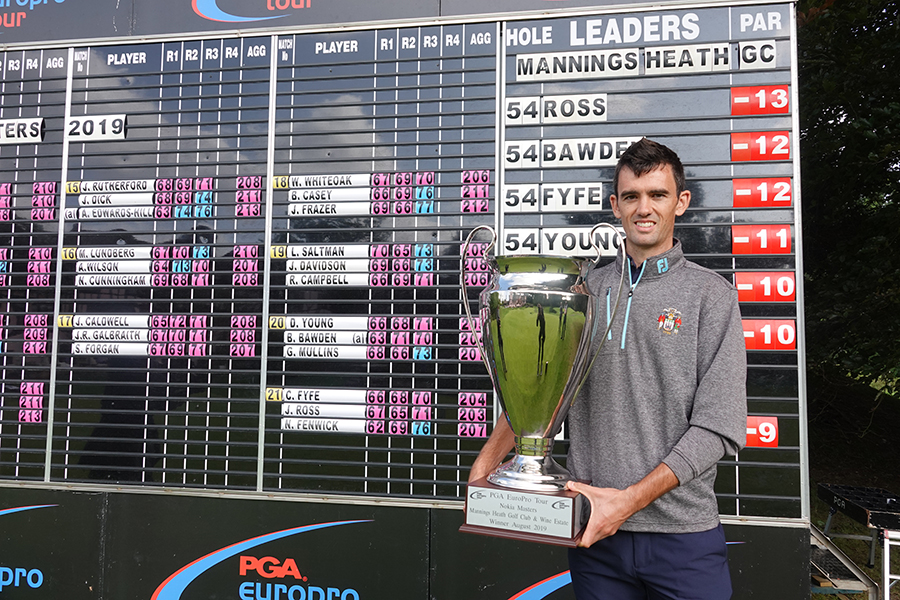 James Ross has won The Nokia Masters at Mannings Heath Golf & Wine Estate after an exhilarating final day of action.

Going into the final day trailing by one shot, Ross of Royal Burgess Golf Club posted a final round of 71 (-1) to clinch victory from under the nose of playing partner Calum Fyfe and amateur Bradley Bawden who tied for second on -12. 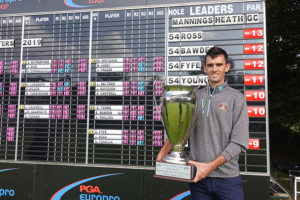 Ross who is getting married three weeks today said: “It was very tough. I managed to stay patient I thought. I had no real idea what the scores were, to be honest up until the 13th. I knew that the guys in our group were all kind of similar. It certainly wasn’t easy out there.”

“You’d think so (enjoying playing in heavy winds), being from Scotland but I’ve never been a fan of playing in serious wind like that. I guess I will like it now!”

Fyfe (Golfing4Life) recovered from going one over on the front nine to finish two under for a round of 70 where Bawden who finished third at the English Amateur Championship last week sat after superb rounds of 63, 71 and 70.

Daniel Young  (Kingsbarns Pro Academy) kept pace for large parts going tied for the lead at several points going one-under for his final knock to be fourth in his first turn out since victory in The Eagle Orchid Scottish Masters.

Meanwhile, Conor O’Neil (Pollok / Mearns Castle) and Joe Brice (SRL Limited) went five deep each for the best rounds of the day where the wind really made a difference.

The win for Ross moves him up to eleventh in the Race To Desert Springs whilst Daniel Young moves up to fourth.