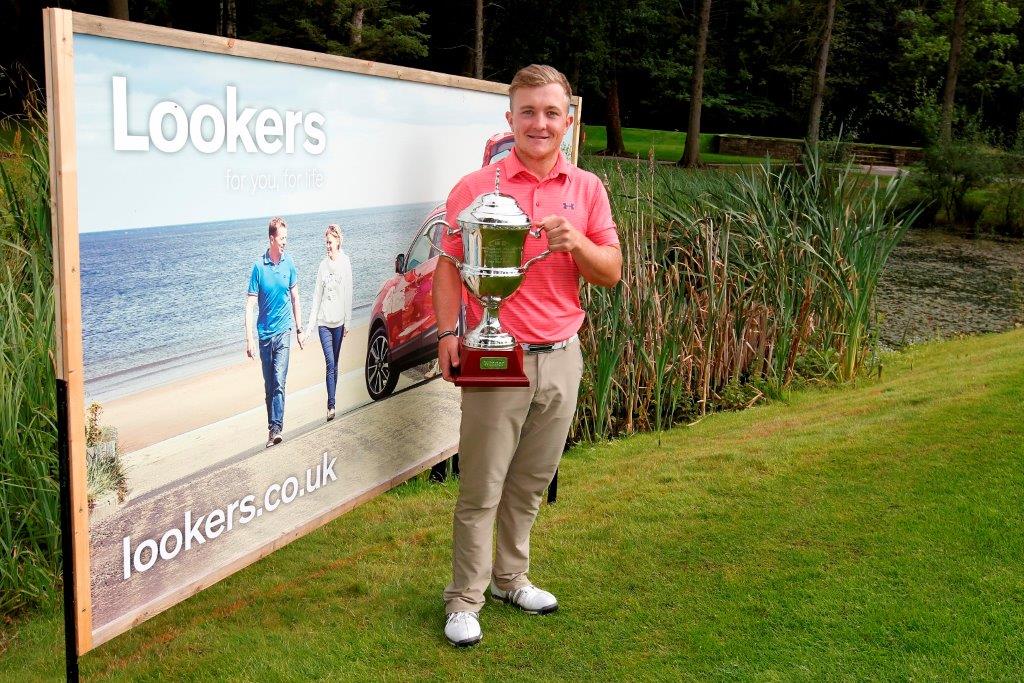 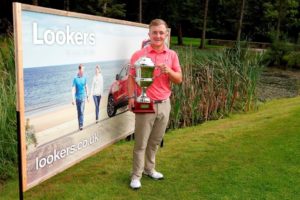 Richard James won The Lookers Championship at Close House with a 54-hole score of ten under par to claim his first professional title.

The Welshman claimed the £10,000 cheque in dramatic fashion, having trailed Billy Hemstock (Teignmouth Golf Club) for most of the final round.

James (Aberdovey Golf Club) shot a final-round 68, three under par, for the win but was three shots back when he hit his tee shot at 13. He birdied that hole and in the group behind Hemstock, then 11 under, bogeyed it to see the gap reduced to one.

A birdie at 17 saw James draw level and with the pressure of needing a par at the last Hemstock pulled his tee shot at 18 into the thick rough. With an unplayable lie he took a penalty drop and his next shot ricocheted off the short wall in front of the green and back onto the fairway.

That left the Devon man, who carded a course-record eight-under-par in his second round, needing to hole his approach to force the play-off. He came up short and double bogeyed the hole to sign for a 73, finishing two back on eight under in second.

“I was buzzing all day out there, I was enjoying myself and had a smile on my face all day,” said James, who also took home a brand new Motocaddy S1 Lithium trolley, Bushnell Tour X Range Finder and Bolle Sunglasses.

“It isn’t often you are in contention and I wanted to enjoy it, and I think that is the biggest reason why I performed the way I did.

“My putting was key. I kept it in play but I putted unbelievably. The putt on 18, I will remember that for a long time.

“I don’t play for the money but that is a huge part of playing and I can kick on now and push for that top five at the end of the year.”

Hemstock’s £6,000 runners-up cheque sees him move up to second on the Race To Desert Springs with a win to his name earlier in the season at Montrose Golf Links. Matthew Cort still leads the way with Greg Payne third. James moves into the all-important top five with his win.

Highlights of The Lookers Championship will air on Sky Sports on Tuesday, August 9. The HotelPlanner.com PGA EuroPro Tour continues with the World Snooker Golf Masters at Army Golf Club next Wednesday to Friday, August 3-5.