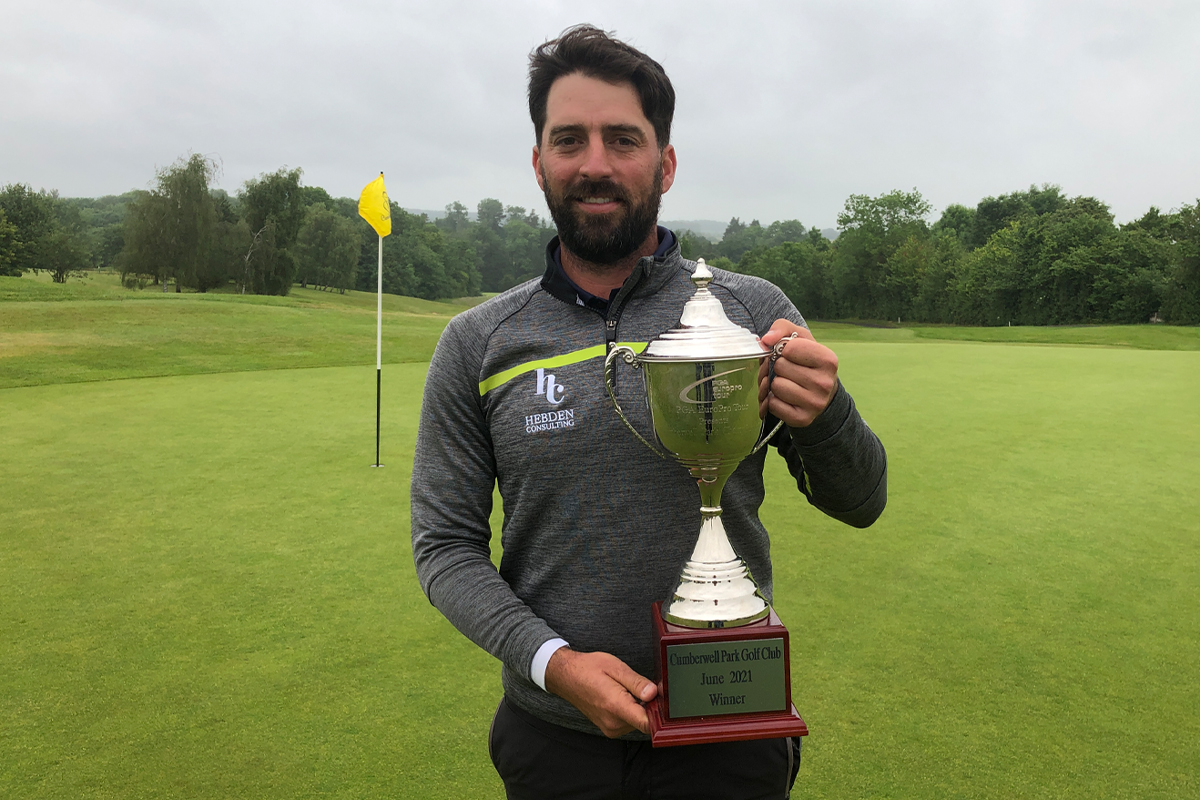 John Parry has won The Cumberwell Park Championship at Cumberwell Park by three shots to claim his maiden PGA EuroPro Tour title and move to the top of the Race to Alcanada standings.

The Harrogate Golf Club man started the day two shots adrift of Calum Fyfe. Parry soon found himself three behind by the fourth after a bogey on three but that’s when the experience showed bouncing back with birdies on five, seven, ten, eleven, and sixteen to wipe out the two earlier bogies on his card.

Parry has still to date never missed a cut on the tour and had started the season with back-to-back top tens. He was delighted to finally see a win over the line: “It’s fantastic. After the start, I wasn’t too sure how it was gonna go with the weather and everything, it wasn’t a great start but I sort of stuck in and plugged away.”

“The year before lockdown, I had a lot of top tens and you do have that nagging feeling that you’ve got to win, haven’t you? There was a nagging thing in the back of my head but I knew I had the ability and the game.”

Parry had formed part of the same Walker Cup team in 2007 as Jonathan Caldwell: “It’s great to see. (Caldwell winning on the European Tour last week), I played with him in the final round in 2019 in Scotland. It’s great to see how quickly you can progress you know. Hopefully in a year or so time I can get back in the same place.”

Fyfe (Trinifold Sports) was the overnight leader with a two shot cushion but it was quickly decimated with three bogies on the front nine eventually finishing tied fifth after a final round of 74 (+3).

Sam Broadhurst had one of the best rounds of the day with a 66 (-5) to finish tied second with Tom Sloman (Trinifold Sports) and Joe Brooks (Hanbury Manor). Sloman had worked his way into contention and did lead at one stage before dropping a shot on 16 whilst Brooks was always there or thereabouts until a bogey on 14.

Jack Davidson (Llanwern Golf Club) was the first out and he put together a score that very few would’ve predicted was out there in testing conditions. The Welshman carding a sublime round of the day 65 (-6) to move from tied 50th to inside the top ten by the end of the day.

Another name close by heading into the last day was Jamie Rutherford but a level par final day meant he had to settle for tied fifth with Fyfe.

The Tour heads up to Scotland next week to Montrose Golf Links for The Eagle Orchid Scottish Masters.