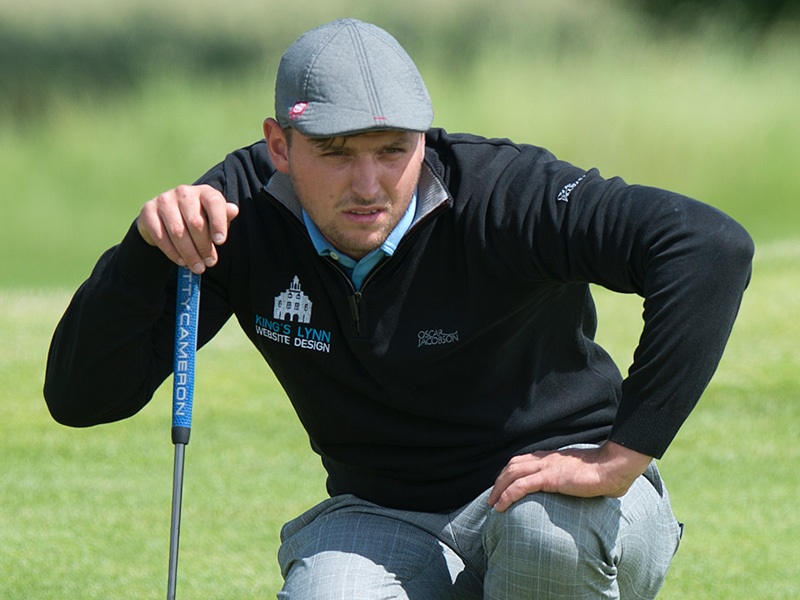 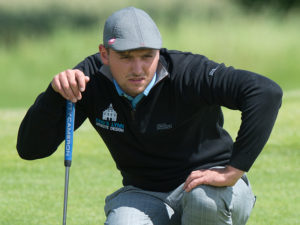 Mark Ramsdale, Max Penny and Greg Payne share second on six under par after the first 18 on the Medal Course at Montrose, one of the World’s oldest golf courses.

Johnson (King’s Lynn Golf Club) had completed his round before the heavy afternoon rain set in. The weather did force a brief suspension in play as standing water was cleared from greens, and made for a testing round for those in the second half of the draw.

The 24-year-old from Nottinghamshire made a steady start to his tournament with five pars before eagling the 6th to set the ball rolling. Consecutive birdies followed before a dropped shot at the 9th, the first of two bogeys with the second to came at 16. Five back-nine birdies included back-to-back threes to finish and he signed for a 64 for the overnight lead.

Payne (Chobham GC / MindSet4Golf) is the Race To Desert Springs Order Of Merit leader with two second-place finishes to his name already this season. He occupies that position again after his unblemished first round at Montrose.

His company in second is Ramsdale (Formby Golf Club), who also made six birdies in his opening round, and Max Penny (Alderley Edge) who recovered from a five at the par-four first to card a 65 consisting of six birdies, and eagle and two bogeys.

The Eagle Orchid Scottish Masters continues with the second round tomorrow, July 6, with a cut to the leading 50 players and ties to be made after 36 holes before Thursday’s final round. The tournament carries a £50,000 prize fund with the winner collecting £10,000.

Spectator entry is free throughout the event and live scoring can be found at www.europrotour.com. Highlights from Montrose Golf Links will air on Sky Sports on Tuesday, July 19.