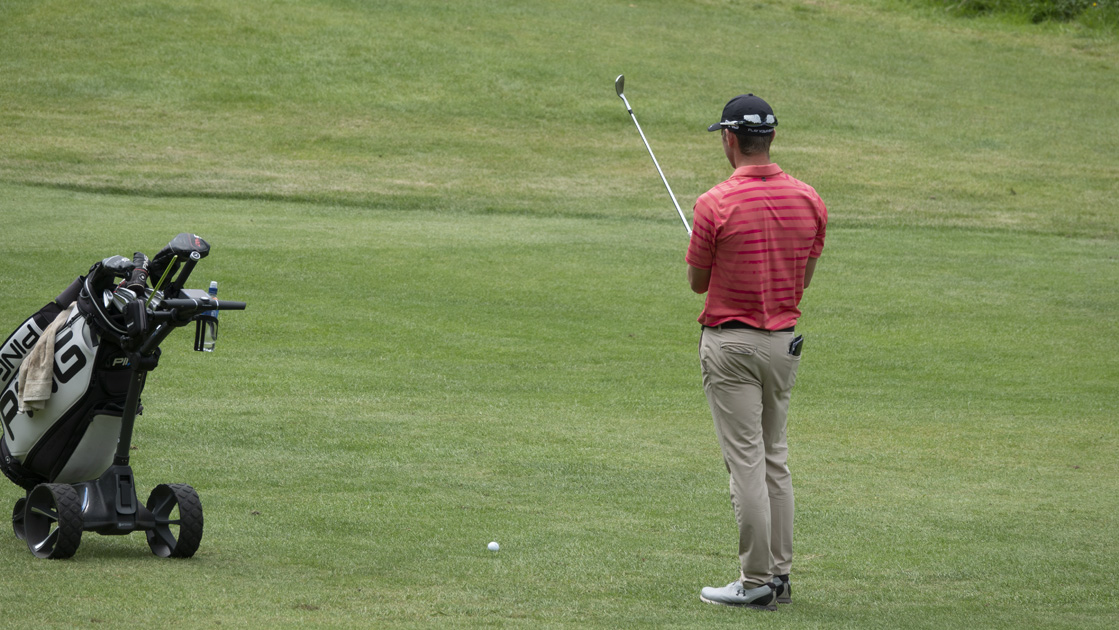 Josh Hilleard produced the performance of his season to take the early lead at Clevedon Golf Club.

Josh Hilleard shot 62 (-9) to establish an early advantage after the conclusion of the Wright-Morgan Championship opening round.

The golfer, who represents Trinifold Sports Management, collected nine birdies – including a run of three from 2 – 4.

Hilleard has already won an event this season (Ignis Management Championship), and if he were to replicate that feat this week, he would earn his Challenge Tour card.

Rhys Nevin’s birdie on the 17th hole of his day has pushed him into outright second, trailing the leader by a sole stroke.

Nevin is currently 42nd in the Order of Merit and the momentum of a positive finish in Clevedon could spill over to next month’s Tour Championship.

Taylor Carter has separated himself from the chasing pack at -5 following a round of 64 (-7).

Carter failed to drop a single shot all day, in addition to notching seven birdies to kick off the final regular season event.

There are currently 17 players inside the top 10 and ties, including Order of Merit starlets such as Brandon Robinson-Thompson, Jack Davidson, Sam Broadhurst and Stuart Grehan.

Dermot McElroy is the highest placed member in the field; the Northern Irishman started his tournament with a level par showing.

He, alongside James Allan and Michael Stewart, have already secured their Challenge Tour cards for the 2023 season.

Stewart arrived at Clevedon fresh off of his maiden win on the EuroPro Tour, and he has taken his fine form south with him.

The Scotsman carded 69 (-2) to kick off his event, although he’ll need a few more birdies tomorrow if he is to trouble the eventual winner.

Robinson-Thompson swiftly found himself at -6 thru 11 holes earlier in the day, but a dropped shot on the way in resulted in a round of 66 (-5).

The 30-year-old is the highest ranked player to not have secured their Challenge Tour card and that’s something he’ll hope to wrap up this week.

Ryan Brooks is currently in 5th and he too will be eager to confirm his future; an opening round of 68 (-3) has issued him a platform to build upon.

Brooks is still searching for his first top 10 since July, however, although another positive display tomorrow could provide that finish.

Paul Maddy shot 64 (-7) in the Pro-Am on Tuesday, but he had to settle for 70 after the first round on Wednesday.

The Englishman is looking for the first win of his season, although he has finished within the top 10 on six occasions this year.

Pavan Sagoo notched seven birdies today, but too many high scores means there is plenty of work to do if he is to make the cut.

An opening round score of 74 (+2) is far from ideal, but he has proven that he can score relentlessly around this layout.

Jack Davidson, who is hunting his second title of the campaign, will be pleased with how he has started in the West Country.

The second round will start at 07:30 tomorrow morning, with leader Hilleard having to wait until the afternoon before he tees off.

The cut line is currently at -2, although we expect this to rise if the same volume of scoring takes place.